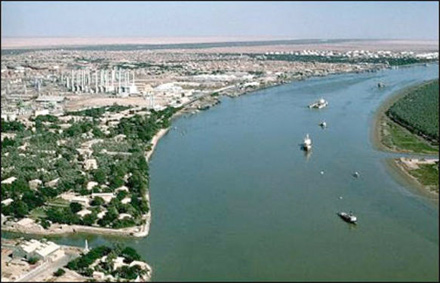 Our country has endured a brutal theocracy renowned for corruption (Mafia style) since 1979. The Mullahs use terror, brutality and violence to achieve their goals. This  regime enjoys violence and war and is anti our Iranian heritage. During the Iran-Iraq war, Iraq was ready to accept a ceasefire but Khomeini was enjoying the war and kept talking about liberating Basra and all shia regions. The war stablized the regime, but 90% of our country men who died in the war was after June 1982 which all of Iran’s occupied territories were liberated. All leftist organizations warned that khomeini is not for Iran’s security interests and is looking for exporting his own type of regime. I am not affiliated with MEK. I was with Fedayeen-e Khalgh. MEK had a great relationship with Kurds. These leftist organizations are revolutionary in nature. Using the words like cult and treason and to connect them with these brave young men and women( who mostly graduated from Aryamehr University, Tehran U or polytechnic) is something that IRI created. The Kurds were getting killed by Iran , Iraq and Turkey forces and now we hear MEK were involved! There is no limit for IRI propaganda. We should not underestimate the brutality of this regime. The heinous crime of century in Iran happened in Summer of 1988. Tens of thousands of political prisoners(many had served their full sentences) were executed in Tehran, Esfahan, Ahvaz, Tabriz, Shiraz, Mashhad….. . 60% were from MEK 30% from Fedayyeen-e Khalgh and the rest from Tudeh,and Peykar…… The majority of them were between 14-28 years old. The “Golden Era” that Mousavi(Green Movement) is talking about is without a doubt the darkest and bloodiest era in our history. I need to remind to those of you that can not remember in early 80’s  the prosecutor of the Revelutionary Courts Ayatollah Mohammad Gilani even ordered the execution of two his own sons(members of MEK). This is the regime we are dealing with. This criminal regime uses televised confessions, forcing prisoners to repent for their sins(under tortures). The majority of the prisoners in 80’s refused to repent and regime executed all of them. These methods are still in use. We hear from our students that were released from Evin Prison: round the clock interrogation without food or water, forced standing while naked for hours, lashings with thick cables and rough wires, banginig the head against the wall, removing toenails, and rape. Their objectives are destroying the prisoner’s dignity and honor. They will continue raping the prisoners till they break down. Some of them have lost their sanity. This regime can not be reformed. In 80’s Hossein Shariatmadari, managing editor of Kayhan newspaper, Saeed Emami, and Seyed Asadollah Larjvardi were able to convert prisoners and show them a road to redemption by torturing and then killing them. They used to remove even their kidneys before the execution. They raped thousands of underage high school girls (majority MEK) and sometimes marry them to a guard an hour before execution so they can justify it. This regime can not be reformed.Mohammad kachouei the warden of Evin prison was assassinated in June 81 and Larjvardi was appointed and replaced him. He was called The Butcher of Evin. He was assassinted on August 22 1988. Today, IRI is facing a powerful civil disobedience movement from people of Iran. Iranian people are fighting in all phases. Their recent civil disobedience has been a show of force and will of the people. From Lake Oromieh and environmental issues to economic and social issues and women rights, people of Iran are fighting. This regime has to go and we should support any force that helps to overthrow this criminal regime. The enemy is cruel. The Opposition forces need to be smart. We all need to be united. Azeris, Kurds, Arabs, Baluchis, Turkmen, Armanians, Assyrians,Jews.Bakhtiaris, Lurs, Qashghi, we shouls all respect each other’s religions: Christians, Jews, Moslems(shia and sunni) Bahais, Zoroastrians. We all should fight for democracy, freedom, gender and ethnic equality and human rights. We should not label “Terrorist” to any Iranian organization/party from leftist to liberal or pro monarchy.

WE ARE ALL IRANIANS.