Why Would The IRI – or Anyone – Spy on Garbage Like You? 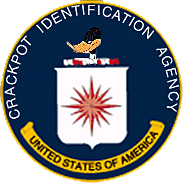 The IRI has nothing better to do than to come and spend hours examining the nonsense you all write?

Reading the crap that a lot of you write, if it were my job to monitor this sh-t, I’d have committed suicide by now.

I mean, who could come up with this crap, except people who are dumb or totally irrelevant?

I have to address this, because some of the important geniuses here were recently claiming that they are being monitored by the IRI.

So let’s go through the painful nonsense that gets written here:

– People accusing each other of being IRI spies….

– People arguing endlessly about who is right…blahblahblah…

– People discussing in ernest how the US overthrew the Shah and installed Ayatollah Khomeini, so’s they could have clear access to their own embassy and take it hostage and have their own top secret documents published and their own spies executed without any problem…

– People discussing stupid conspiracy theories, or speculating over some bullsh-t that they invented…

… like this made-up crap about Tahrirolvasyleh that says that Ayatollah Khomeini approved of bestiality and pedophilia – despite the fact that people have in all probability been flogged and even executed for such offenses in Iran (and no one seems to be able to make the book available for an expert to examine).

All these dumb accusations and nonsense…

Who could come up with this sh-t?

What a lot of you need isn’t monitoring by the IRI or some other agency, its a psychiatrist – or at least someone to teach you critical thinking.

You’re not really all that important.

No one really cares about the dumb shit you all come up with.

If someone is really monitoring this crap, I really think they have a screw loose, or else need an excuse to show why they need to keep their job.

Whatever the reason, it wouldn’t say much about whoever might monitor it, given the quality of intellect – err, lack of – that is displayed here.

As the old Iranian and Turkish saying goes,

Or in English, the enemy of a beggar is another beggar like himself.

This is why I stear clear of politics and groups, and won’t ever join any of them.