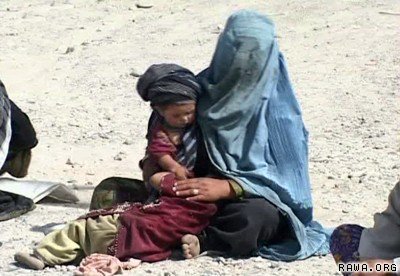 You told that you will help the small business to continue their activities, my farms and boarding language school can have work for forty people, if I get help. I wrote to many offices, but I have no answer from them. The students here they can live; study and work produce organic food. Is it a bad activity that I have been punished by Orange County instead of being help, because I rescue young people?    An American like me should be ignored, because I have been born in the Middle East? Should I have so many problems just because I have been born in the Middle East?  My farms are not active and do not produce, because my line of credits are frozen, they are frozen, because the value of the land or building are lower than before.

I wrote before some letters to you and try to help the system of the world which is cruel or indifferent. But sorrowfully I have been ignored. I am a college teacher for over 30 years, but the system put me in a trap in which I am now. I was instructor at the Seminole Community College, the students wanted to learn more and they came to my house and the city/ subdivision did not like it, but the official in the Orange County told me, if I buy houses in the County, they will provide me, occupational license for a boarding school. I have been persecuted in Iran, because my mother was Bahai, the Moslem friend of mine and some of my Bahai family misused my situation and robbed and misused me for their own benefits.

I bought houses in the County and they gave me the occupational license for a boarding and language school. After three years of operation, the Orange County told me, that they did a mistake and they cancelled my occupational license. With this action they destroyed my life and my capital. They did a mistake and I have to be punished for their mistake. This mistake destroyed my capital and damaged my life totally. I lost over 800,000 dollars for their mistake. I put all my money, work and energy in that business, which is damaged by Orange County Zoning department mistake. I help the student and that was my reward.    From this money that I lost by the mistake of County, some of them were my saving and work and some of them were money that I took as a loan or used the credit cards.  They want their money and they cannot understand that I am a victim of the mistake of Orange County. So they started to destroy my credits and so I cannot work anywhere, because I have bad credits.

I rented the building to the regular people, those robbed the materials that I bought for the boarding school, did not pay the rent and as I went to so called court system to force them out of building they vandalized the building. The water pipe system also was broken and damaged the floor, cabinet, wall and the house. The insurance company Liberty Mutual just paid 700 dollars to dry the carpets for one week and after that their employee said the damage was caused by leak and the co. will not pay the damages. They charged me for year’s money, but in the time that I needed them, they refused to pay. That is the insurance co. they should charge their name to collecting money company and not insurance companies.  I paid for years money to them and they did just collect money and divide that money between their managers. Is it just?  I designed the building for a boarding school and not for renting to regular people, so they thought I am rich and robbed my buildings, from dry wall to tractors and washer and dryers and… Furniture. Five times my house is robbed and police and insurance companies ignored the whole thing. Is it fair and right?

Mr. John Mica is trying to help me, but even his office does not get any answer. The banks and credit cards want their money with late fee and high interest. They do not care that I am a victim and have been robbed? The bank of American does not modify their loans, so I cannot rent the house properly.  They want over 9% and 6.5% and in some cases over 3% interest and they do not care that the interest is now lower and I have been also robbed, because of the mistake of Orange County. I paid over 700,000 dollars, taxes, insurance, and mortgage, interest and repair and do not have any penny left. I put all my work, energy and money in that business and I paid so much money, but I do not have any support. I worked over 30 years and I am over 60 years old and have nothing, because of unjust here. Is this the land of opportunities, which I am robbed and nobody care? As you know the terrorists have routed in unjust and how can we fight against unjust, in the time that in our country is unjust?

As an American citizen, I have to mention that the corruption is also in the USA, if you cannot pay expensive attorneys, you have no voice here and you will be handled unjustly. How America can work for just in the world, as there is so much unjust and indifferences here? Five times my house is robbed by the people, they said it is fine.  Orange County makes mistake and I am responsible to pay for their mistake, is it fine?  The insurance companies should pay me 200,000 they do not pay, is it fine?  The people gave me checks and their checks are bad and no attorney will help me, is it fine? I lost over 800,000 dollars by the mistake of Orange County and no attorney will take my case, because they are after money and not after just, are those fines?  So as you see the corruption and indifference and cruelties are also here and how USA can remove the problem of the world in the time that they cannot or will not remove the unjust form our country?  The society and the government expect that the people respect the law and do not make mistake and if they do, they have to pay for it. Why the same thing is not apply for the government? How can I pay, 800,000 dollars mistake that the Orange County caused?   The in the dictatorship countries are some unjust, and here also. How can we remove the unjust form those countries, in the time that we are not able or we do not want to remove the unjust here? As the people robbed me, and the whole money was not mine, the bank and credit cards who gave me the money, will their money back with high interest and late fee, but the people who robbed me and did not pay me are not forced to pay me? Is that means it is a free country and the people and companies can robbed me, because they are free?  I worked almost forty years as a college teacher, high school teacher, consultant and translator and … I have no pennies left, because of the unjust? I am 58 years old and can teach eight languages, but I cannot get clear to work even? Is it fair?  I hope your office will not be indifferent as many other offices?    Yours Amir Nasser Ali