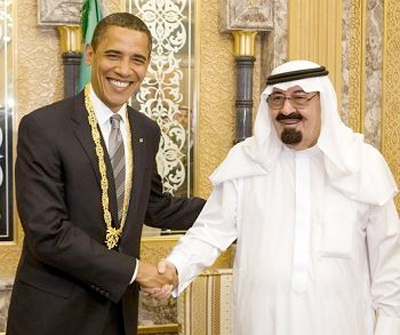 The United States government leveled new charges against Iran in early October 2011 by alleging that the country is implicated in an assassination plot targeting the Saudi Arabia’s ambassador to Washington, Adel al-Jubeir. The new scenario can be analyzed from various angles.

Firstly, the highest levels in the American political establishment have stood by it, claiming that they have solid evidence to prove the allegations.

Secondly, the story about involvement of the Islamic Revolution Guards Corps’ Quds Force or other Iranian entities in that plot is so bizarre that even many American experts and mass media have expressed doubts about it.

And thirdly, it is clear that the new scenario follows well-calculated objectives when one considers that the allegations have surfaced at a time that the United States is grappling with dire economic conditions and is in deep trouble due to the ongoing developments in the Middle East, Saudi Arabia’s fragile situation, shaky position of Israel in the region, Iran’s special status, forthcoming US elections and the US plan to withdraw its forces from Iraq and Afghanistan.

The following points are noteworthy in this regard:

1. There were hot debates in early days after publication of these allegations about whether the new anti-Iranian charges were credible or not? Of course, they had no serious bearing on the totality of the story. From an Iranian view, it is just a scenario. However, that scenario is characterized by strange speed of action and insistence shown by the US government to take the best advantage of it. Here, the American officials have leveled charges against Iran and immediately enforced sanctions against an important Iranian airline. The radical American politicians have pointed in various ways and using different languages that it is necessary to give a military answer to Iran. They have lost no time in aligning Saudi Arabia with their scenario in addition to some regional Arab states and institutions.

After a few days, the issue was raised at the United Nations Security Council. In the meantime, the highest levels of the US Administration insisted that they had viable evidence which could convince all countries as to the authenticity of their allegations. These measures were taken before even a single shred of credible evidence was produced before the world’s public opinion. As such, it was clear that the advantage that the United States intends to take of this story is much more important than whether it is true or false.

2. In the aftermath of these charges when the US statesmen promised to provide solid proof and Iranians were categorically denying charges and as expert and media debates on whether the plot could have been acted out by Iran were still hot, a negative point which was largely forgotten was repetition of the claim that Iran’s Quds force has been already implicated in a lot of terrorist activities outside the country and has managed every time to do its job without leaving a fingerprint! Many experts who even doubted totality of the scenario, frequently associated the name of Iran’s biggest military organ with the word “terrorism.” It seems that certain circles are trying to get the world used to that association so that the name of the Islamic Revolution Guards Corps would be reminder of terrorism for the world public opinion. This will certainly be of great help to the United States to convince other countries when trying to justify further claims against Iran at the UN Security Council.

a. US officials are doing their best to keep part of their military forces in Iraq with judicial immunity. This issue has so far elicited widespread protests from various political parties that make up the Iraqi establishment. The United States (quite or perhaps intentionally by mistake) attributes, at least, part of that opposition to Iran. Therefore, some American analysts are of the opinion that the distance between Iran and Iraq could be increased through a powerful leverage provided to Washington by implicating Iran in the Saudi ambassador’s assassination plot and raising the case at the Security Council. In this way, the United States can get along with its plans in Iraq and keep some of its military forces in that country.

b. Even if one assumed that recent political developments in the Middle East and reform seeking movements in the Arab countries have not been inspired by Iran’s revolutionary views or even Islamic teachings and all that happens is just of a purely political nature, not Islamic and anti-West awakening, it cannot be denied that the main beneficiary of those developments more than Israel, Saudi Arabia or even the US is Iran. Therefore, anything that can further mar Iran’s image in the region will be of use to the United States.

c. The United States has been spearheading Iranophobia project in the region for many long years. Huge arms sales to Saudi Arabia and other Persian Gulf states, selling advanced equipment to Israel to create a balance, deployment of NATO’s missile shield in Turkey under the pretext of a missile threat from Iran, introducing Iran’s peaceful nuclear activities as a threat to regional peace and security and other instances attest to this fact. The ultimate goal of the United States is to tarnish Iran’s image, further isolate the country and, above all, increase the costs of alignment with Iran for other countries.

A multiphasic approach would be the best option for Iran under the existing circumstances. Firstly, Tehran should try to mend fences with Riyadh taking into account that any effort to this end will upset the United States and Israel. Therefore, this should be a gradual process which needs patience before full results are in sight.

Secondly, more diligent follow-up of the assassination of Iran’s nuclear scientists which occurred in the past few years is imperative. Iran claims to have its hands on ample evidence to prove that the assassinations were both ordered and supported by foreign intelligence services.

Thirdly, a general active and dynamic diplomatic drive is needed at international level. It should not simply suffice to denying charges against Iran, but should also lay emphasis on realities, advances, and positive points and do its best to find remedies for the existing weaknesses of Iran. It should also seriously challenge the allegations against Iran and their theoretical foundations.

In the misty environment which surrounds us, the player that is more alert, resilient and realistic is sure to win the game.