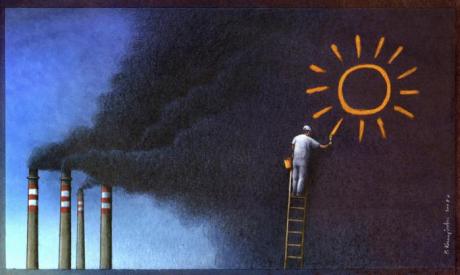 It is March 2110. The exhaust fumes and pollution from millions of old vehicles on the streets of Tehran have all but created a perpetual blackout in the city day and night. Although the population of the city is now close to 55 million, you do not see many of them on the streets. Tehran now stretches from Mount Damavand to Ghazvin. There’s food and water rationing throughout the country. The new president Prince Nasrullah Dast-Ollah appointed by triple supreme leader Grand Ayatollah Fayzullah Momeni, the 4th, has been in power for 2 years, but has made no efforts to make life better for ordinary Iranians. Most of the country’s 150 million citizens now live in a few mega cities. Agriculture is virtually non-existent due to policies of the past 130 years. The country struggles to generate food in great big greenhouses using genetically modified processes to increase yield and power created by small nuclear reactors on site. Desalination plants run at capacity to provide fresh water for residents, but there are water rations that have been in effect for over 40 years now. Most of country’s revenues still go to defense spending as there are constant regional conflicts with the neighboring countries for the control of what little resources are left in the region. There are talks of Mount Damavand erupting mainly due to all the underground nuclear testing and activities of the past half century. If it does erupt, Tehran and its inhabitants will have a gloomy fate awaiting them.

Since the advent of alternative energy by the West, oil is no longer the major driver in the world economy and in turn, countries like Iran have been left alone by the major world powers. It has been like that for 20 years now. Strict Sharia law is enforced by the authorities. Gigantic mosques dot the city skyline where mass mandatory prayers are held everyday organized by the government. Robotic Islamic Militia (Basiji) patrol the streets on integrated Segways 24/7/365. Citizens are frequently stopped by the militia and asked to recite Quranic versus or name the second cousins of all Shia imams and quizzed on the beauty and peaceful nature of Islam. Those who fail the on-the-spot tests are arrested and sent to desert camps. Most are never heard from again. The missing imam, Mehdi, has not yet appeared despite a dire situation in the country that has persisted for decades.

The Caspian Sea is a dead sea now. Pollution from surrounding countries has killed everything in it for decades. The beautiful northern beaches in Mazandarn and Guillan with lush mountain forests are all but gone due to poaching and lack of care and enforcement from the central government.

Even though the prospects are dim, most folks still hold out hope that someday the theocracy will be defeated and secular democracy will flourish. There’s little hope of that, however, given that any and all opposition movements have been brutally put down in the last 130 years.

It is the day before the Iranian New Year New Year 2647. The Persian calendar has been restored, for decades, to reflect its true background and to acknowledge the rich history and civilization of the country before the Arab invasion. President Korush Kaviani has planned a televised New Year address and is working on his speech.

Tehran is a bustling city with its 30 million residents, but amazingly there are hardly any traffic jams or congestion on major freeways or skyways. The city shines like a jewel at night from vantage points high atop the surrounding mountains. Since the revolution 90 years ago and the restoration of a fully secular and democratic government, the country has prospered to the point that it is now the number of exporter of various commodities, both agricultural and industrial in the region. The new constitution calls for freedom of religion as well as freedom from religion, if so chosen. The parliamentary system consists of members representing every faction and ethnicity in the country including the Islamist Party although membership in the Islamist Party has dwindled in the last 50 years to virtually nothing.

Agriculture has flourished in the past 40 years with advances in irrigation techniques and efficient desalination technology large patches of desert in the south central and eastern region of the country are now producing some of the finest produce and fruits in the world. Industry has also progressed in that time frame. Clean, efficient and abundant energy produced by new innovative processes such as nuclear fusion developed by Iranian engineers has allowed a whole slew of new technologies to emerge in communication, electronics and manufacturing with minimal waste production.

Iran has reclaimed its good name and reputation as the jewel of the Middle East with a seat on the UN Security Council and has hosted 2 summer Olympics and 3 winter Olympics in the last 40 years. The construction of two major 4 lane highways to the north about 20 years prior along with two international airports along the Caspian coast, have paved the way for Northern Iran to become one the premier vacation spots in the Middle East, if not the world. Iran has binding agreements with the surrounding countries to eliminate hazardous waste from being dumped into the Caspian Sea, and as a result, the sea has been a bastion of a variety of marine life unique to this vast body of water. The Kish Island in the Persian Gulf is now the number one winter vacation spots for thousands of visitors every year from all over the world. Tourism industry has become a major revenue generator for the country.

Oil has lost its importance and dominance as the world economic driver, but Iran had diversified its industry and reduced its dependence on oil as its number one revenue producer decades ago which has enabled the country to prosper in the era that followed.

President Kaviani’s speech would reflect on all these achievements. He will also remind people that less than a hundred years ago, the country was going through one of its darkest periods in its long history and that it was dedication and perseverance that brought it back to where it is today. It should be noted that the president will make his speech from Pasargod, the tomb of Cyrus the Great which has been turned into a national monument.