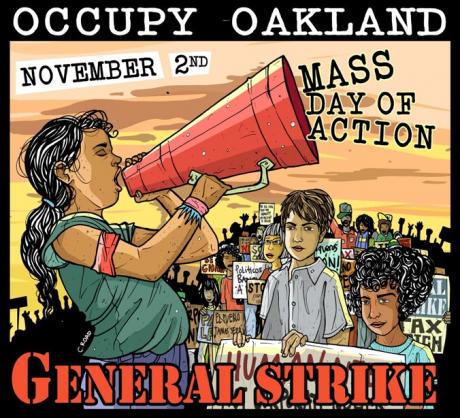 Huge, enthusiastic, crowds swarmed through downtown Oakland with half a
dozen major marches on banks and corporations that shut down Wells
Fargo, Chase, Citibank, Bank of America and many others.  Police stayed
clear of the strikers who ranged freely, from Broadway to Grand Avenue
and around the Lake.  By late afternoon the crowds had swelled to over
10,000.

“There are decades when nothing happens; and there are weeks when decades happen”