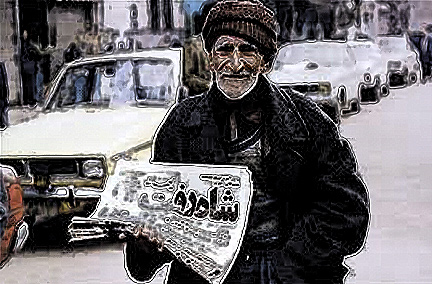 A few days ago our friend Shah4Iran has posted an article [“History will be kind”] about Reza Shah on this site. As always and not surprisingly the article invoked a lot of reactions. Reactions that again showed the subject of Pahlavi era and their services or betrayals to this country is still very alive in our nation’s subconscious. Indicating the fact that as a nation we still have not put the issue of Pahlavis to rest. Hence even those who were not around at that era have such strong emotions and opinions on the issue.

But may be this unrest of mind and burning issue about Pahlavis, who they were and what they did or failed to do, is not about them at all and is entirely about us.

About us as a nation, our mistakes, our immature decisions and our difficulty to come to terms with our shortcomings. Or more importantly it is about our inability to be honest with ourselves and our hesitance to accept our errors when due, with no BS.

As I explained at a grate extend in many of my previous articles about Iranians, I believe that as a nation we have many grate characteristics and a lot of achievements to be proud of. But just like other nations we also have our short comes and bad characteristics, the most destructive of which is the fact that both as a nation and as individuals WE NEVER MAKE MISTAKE. Or to put in a more realistic way we have grate difficulty with accepting our mistakes and quiet often this would cause us to either resort to extremes and completely disconnect from reality, or to resort to petty excuses, or even worse, to look for escape goats and try to put the blame on others. Just as long as we do not have to admit to our mistake and face up to our responsibilities we are happy.

That is why our problem with Pahlavis and the way we like to portray them has more to do with ourselves and our own internal dilemma rather than with them or how democratic they were or even what they did or did not do for Iran.

But since this is a vast subject I am going to break this discussion into two segments in the first segment here I am going to open the issue of Pahlavi and why it is still so alive and sensitive in our psyche.

To be frank, the fact of the matter is that today the majority of those who participated in the 1979 disaster of a revolution and followed Khomeini to hell and not back yet, do now regret it and even though they do not want to admit it to others or even themselves deep down they know that they have made a stupid mistake and cocked it up big time. But as I told you before, as a nation we have difficulty facing our own monsters such as accepting our errors. So what we do instead?

We prefer to put the blame on others. Depending on our political orientation and school of thought we tend to blame Shah, Khomeini, Ali Shariati, BBC, MKO, Communists. President Carter, mullahs, The West oil cartels and so on and so forth. Just as long as it was not our mistake and somebody else’s we seem to be happy.

Now before expanding my discussion fist I would like select my target audience. As it is my personal belief that I can never enlighten those who do not want to be enlightened with the truth, I refrain from addressing people in either side of the extreme. Both those Shahollahis who think Pahlavis were saints never did any thing wrong and we owe everything we have to them, and those who on the other hand hate the Pahlavi for the sake of hating and blaming them for every thing that has gone wrong with this country or even in their personal and family life and blame them for everyone of their own wrong steps, even refusing to acknowledge the most obvious services by that father and son to this country, thinking that will somehow make them roshanfekr or reduce their guilt and responsibility or solve any of the problems in their pathetic lives. And for those who ask what services my answer is:

Well my friend if you do not know by it now then there is no point of me or any body else to highlight them for you as one can always awaken him who is in deepest sleep but can never awaken him who is pretending to be asleep.

My first point is one of our most fatal collective mistakes. This mistake was made by each and every one of us including Pahlavis, our intellectuals, our political activists and many others. A mistake that to date all of us refused to acknowledge. A mistake which resulted in defeat and destruction of Mashrooteh, downfall of Dr Mosaddegh and the disaster of 1979. The mistake which brings me to the importance of how we look at our own history and judge our selves rather than how will the history judge Pahlavis, Ghajaars or even mullahs.

Without further ado I can confidently tell you that our fatal mistake was relying on the power of clergy and trying to utilize this power as a tool to get us to our aim. A tool which we thought that could be used safely and put back on the shelf when it is no longer needed. This was simply because we all know the power of religious belief in our society and culture. But more importantly because we have all been aware the amount on influence that this group can exercise on the ordinary man in our street who did and still does believe in religion. This power might have deteriorated in the past 30 years but still can not be ignored and is not something that can be misused, dismissed or reckoned with faint heartedly.

All through our recent history we can see again an again that many political leaders have tried this course of action and all have failed spectacularly with dire consequences. As a few good examples I could mention the collaboration between Mashrooteh Revolutionaries and Modarres which resulted in forcing Mashroo-eh down our throat instead of Mashrooteh, or the collaboration between Pahlavis and some members of clergy which did not do them any favours and of course the partnership between Dr Mosaddegh and Kashani that did not do him any favour and in the end when Kashani decided not to support him Mosaddegh had to resort to seeking the support of Toodeh Party and the Russian Embassy in Tehran. And by the way for those who think I am making this up I recommend to them to go and read Mosaddegh’s own memoirs (Khateraat va Ta-allomaat e Mosaddegh).

But may be the most destructive and fatal of these errors was the one that was made by those groups and individuals who decided to back Khomeini and follow him to the hell that is IRI. To call him Imam and Rahbar and to promote him as the saviour of the country and champion of democracy. Again I am telling this as I was there on those days and have seen it first hand.

Groups like MKO, Jebhe Melli and even communists like Toodeh party and Cherik Haaye Fadaayee. They all decided to follow Khomeini and did it without even having a brief look at our history of the past hundred years. Just like the generation before them they thought that they could use Khomeini as a tool to get rid of shah and then they would be able to push him aside and take over easily.

People like Sanjaabi, Banisadr, Ghotb Zaadeh, Soroosh, Ibrahim Yazdi, Rajavi, Sazegaara and many more who surrounded Khomeini and even gave him the publicity by arranging interviews for him with international media, or groups like MKO who put their logo on the bottom of Khomeini’s portrait and message leaflets and called him Imam. All In spite of the fact that this has strategy already been tried and failed to deliver every single time through our history of past hundred years.

To be fair to him from the very beginning Khomeini was advocating “an Islamic Republic, not a word more and not a world less”. Now if we refused to listen to him and if were living in our own fantasy world that would not have been his problem.

Tell me now! how many of those who participated in 1979 mayhem knew the meaning of an Islamic Republic or even have paused for a moment to think that the two world “Islamic” and “republic” can NOT coexist just as the words delicious and sh**t can not (or may be for some do)

But does it make the errors made by Pahlavi any less significant errors like their close association with the West which was not always to our best interest and did not consider our cultural sensitivities or founding of The Savak, constructing notorious prisons like Evin and torturing many of young activists inside them, instead of trying to listen to their concerns and to engage in a dialog with them.

Unforgivable Mistakes like suppression of speech and killing of freedom fighters indiscriminately instead of trying to listen to them and may be the biggest error trying to pick a war with the West over the price of oil when we knew vey well that he would not win and gambling the faith of the next generations over such suicide mission.

Yes Pahlavis were not perfect and in fact far from it. You can bet your bottom dollar that they made many mistakes and did many bad things along with many services. But at the end of the day it was us (YOU AND I) the people of Iran who chose to follow Khomeini without knowing who he was what he was standing for or even listening to what he was saying. Without even having a brief look at our history and trying to learn a lesson or two from it and for that the blame lays squarely on our door step

And finally for those who attempt to put all the blame on the West I say that when we do not care about our own interest how can we expect the West to care. After all in this game every man (or country) is for himself. As one Winston Churchill put it so elegantly some years ago “We do not have any permanent friend or enemies, only permanent interests.”

Now the question we need to ask ourselves is that over the past 100 years and especially in 1979 did we really serve our own and our future generation’s interest and did we do our self a favour or did we betray ourselves trough our reckless immature and impromptu actions.