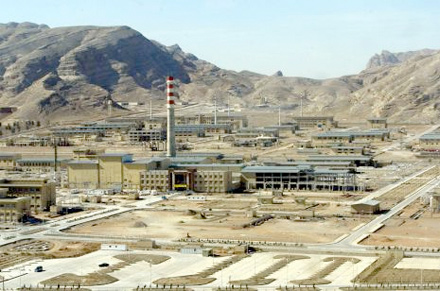 A statement signed by more than 182 political, social, student activists and journalists in active opposition to war through temporary and conditional stop of uranium enrichment and shutting down of all military aspects of the nuclear program. Original in Persian here.

The body of our dear country, wounded by the steady strokes of the religious despot of wrong doings and cruelty and the illegitimate government, is going through tough days. Insistence and doggedness of the government on hostile and anti-national interest trends which are followed by the policies of iron fist, terrorizing and consolidation of security atmosphere, have put a dark horizon in front of the people and the country.

One of the destructive angles of the government’s performance during the past decade is blowing into the furnace of creating crisis on international level. The follow up of nuclear ambitions is in the center of these tension making actions which by ignoring international laws and treaties are being used to seek enemies in a Don Quixote fashion to cap domestic problems.

The government tries to push the threats beyond the borders and make the foundation to continue the intelligent ruling and keeping the country in sensitive and urgent conditions by continuing foreign crisis and hostage taking by strengthening destabilizing clusters in the region and around the world.

Publication of the new IAEA report shows some documents that the will of the government to avert its nuclear program to a military path has entered a decisive level. The current rulers, with hostile dialogue and not cooperating with the agency are increasing the threat of a military confrontation every day. While neighbors of Iran, with strengthening their economic relationships around the world, and absorbing capital and up-to-date technology are taking long steps towards economic growth and wellbeing of public welfare, international adventures of the government puts Iran in a deeper isolation day by day. The effects of this isolation are visible and felt in everyday life of all the people of Iran, and if the central bank is sanctioned, it may reach an unbearable level.

Rulers that violated the rights of the people in 2009 election and responded their peaceful protests with bloodshed, see bullying in international level as a means to regain domestic legitimacy and use the threat of a foreign attack as a baton to suppress protests of Iranian liberal activists.

The totalitarian government is following its anti-peace trend internationally like domestically by disinformation, playing with time, not cooperating with IAEA, breaking NPT treaty and denying UN resolutions.

Dealing with the world and reviving rights of Iranian citizens are tied to one another. Iranian citizens need to question the approach of the rulers and their readiness to resolve international disagreements of this kind, alongside demanding basic rights.

We consider the atomic grandiloquence, hollow power maneuvers and maintaining the dead-end as bases of increasing threat of a military attack in future that undoubtedly the main victims of which are Iranian people, especially children and working class. Meanwhile it is considerable that magnifying the threat of war and spreading fear cause negative side effects on interests of Iranian society.

The destructive aftermaths of war, limited or occupying form, are needless to mention. But we believe only verbal or written condemnation of war and putting international lords of militarism and the domestic war lords cannot prevent a military attack. The sensitivities and worries of the international community have a different path with the government-people gap in today’s Iran. The Islamic Republic is not just a violator of rights and honor of citizens of Iran, but it is a threat against international peace and stability. Paying attention to essential differences of these two issues has a key importance in effective prevention. This difference does not necessarily mean that we cannot find a common ground between domestic demands and legitimate international demands.

In our view point the responsibility of the forces who believe in democracy and national-country interests is to put foreign pressures and domestic resistance in the same path. Trying to be morally blameless and passive ideological reactions doesn’t work in this. Instead with giving a solution to the world, it needs to be shown that the democratic movement of Iranian people has the potential not to let the tension making of the government pass the level of international foundations’ tolerance. To do this, it is necessary not to see international relationships as black and white and not to consider all time friends and enemies or beasts and angels as in the cold war mentality, as a basis.

A realistic view point to the current conditions of the country and the world reminds us that when a popular social movement doesn’t have a consideration of legitimate international concerns, the demands of political opposition forces don’t have the significant weight. Neglecting this and getting caught in the cliché reactions and anti-imperialism without putting forward a way out of the crisis, ends in complete detachment of confrontation path of the international community and freedom struggle of the Iranian people. Considering the sharp growing government-people gap and being passive will result in encouragement of international powers to use military force in order to destroy the military and atomic facilities as a result of this gap. An incident, a controlled form of which, the hardliners in the government welcome; so that it can consolidate their control over economic arteries and power sources and also find legitimacy for being in the front line of fight of Islamic fundamentalism and the west.

A responsible and effective reaction to prevent war needs organizing a powerful social movement with presence of different tendencies and different parts of Iran’s social mosaic who want independence, pride, democracy, practice of human rights, sustainable peace and humanity and friendship and interaction with the world and are not ready to agree with graveyard peace, injustice, dictatorship and autocratic peace.

Meanwhile, problems in the international order and double standards like not protesting nuclear programs of Israel, India and Pakistan will not cause us to turn a blind eye on the mistakes of the crisis making government and with neutralizing of international pressures let the government go its own path freely by misusing nationalistic sentiments and existence of some main problems and unjust in the international level and sacrificing human relationships in some areas for the interests of powerful governments. It is possible to demand dismantling of nuclear weapons with supporting priority of the Middle East government and the totalitarian government of North Korea in process of atomic disarmament and also confront the destructive atomic plans of the government of Iran.

On this path we can use legitimate potentials of the international community to advance democracy, human rights and Iranian national rule while keeping the independence of the country. Instead of issuing final verdicts for or against foreign support, it is good to identify conditions, requirements, justified limits, subjects and instances of foreign support through a national debate and make a supervisory trend to prevent personal and group misuses in reaction to international support and prevent gaining ground by opportunists and making alternatives out of suspicious trends. Democracy in Iran relies on the indefinite power of the people and existence of effective and organized leadership.

The key point is concentrating the efforts on the way potential powers of pro-democracy forces can be activated. Foreign support takes different forms. We support political support of the international community from advancing democracy in Iran.

The international community must also be aware that any support leading to violation of integrity of country and national interests, causes increase of legitimacy of suppression of freedom fighters in Iran and weakens peace keeping dialogue.

Any view point we have about the how and why of the foreign policy crisis in Iran, at the end the Islamic Republic and especially the hard line wing of it will trigger the possible war by miscalculation and aggressive approach. In opposition to war, the crisis makers inside the country need to be targeted. In the situation that the aftermaths of international recession has gotten the Iranian economy too, and have accented the financial problems caused by mismanagement of the government, no logical or human standard can justify the people of Iran, especially people under the poverty line, who have never been put in the picture about the nature of the atomic program and have not been informed, pay for the saber-rattling of the rulers.

On this path, clear and complete cooperation with IAEA and conditional and temporary halt of enrichment till making trust in framework of NPT and quick ending of all military aspects of the nuclear program can be one of the core demands of the democracy movement of people of Iran in peace seeking ground. Combination of this demand alongside demand of practice of human rights, basic rights and democracy had by far a more powerful potential for weakening the ability of autarchy, aggressiveness and as a result prevents the war.

Names of the signers