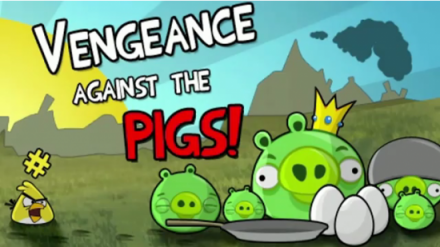 Watching the seeming chaos of the Occupy protests and the general lack of organization or the absence of any real political practical point to them, eerily reminds me of Iranians.

We too have in many ways protested our plight as the fast dying last least free people on earth.

Well, not exactly. Well, sort of.

If being haplessly un-free was Maple Syrup, Iran would be the world’s Waffle House.

And the joke, is entirely on us.

We are like alcoholics in denial. “Problem? I don’t have a problem, I just like to drink!”

“Tyrant? We don’t have a Tyrant, We just like Kings!”

Singularly, methodically, and systematically oppressed in each freaking century and millenium since the very dawn of man. Pre, Post, and During the “zoom zoom zoom” period of Ahura-Mazda, Buddha’s “Hey! Hey! Hey! Slow down man, what’s the big rush?”, Christ’s “No, seriously, dude I’m like totally the Son of God!” and Mohammad’s “OK, so you know Ahura, Buddha, and Christ? Well we’ve got ALL of that, plus the systematic textile oppression of women!”.

With every single deity at our disposal, we have even managed to ruin the “Honest to God” 20th century civil uprising and revolution in 1979, and turn it right back into yet another monarchy! The one time that Iranians appeared to more or less play well as a team. And we screwed that up as well!

Doubt this? OK then how about, “Khamenei Rules Iran absolutely”.

No argument or question there. More importantly, no discussion. I think if you even asked him this point blank, he would agree with it himself. Off the record of course.

This and that being said, once the whiskey has run out, and the bar is fast closing, and all the skanks have each gone home with an equally deplorable drunk, and we are left alone, in that mind numbing moment of clarity between the onset of the certain hangover and tomorrow’s 10:00am resumption via “hair of the dog”, the singular question that comes to our clouded mind is, “What do Iranians Want?”

In this moment when hot black coffee, a breath-mint, and two chalky Excedrin come in handy, what is as clear as the retina burning morning sun is that I’m pretty sure we are done with Tyranny.

Sure, there are some, quite a few actually, who wouldn’t mind a good tyrant to run things. But the problem with tyrants is that pretty much ever since Cyrus, we’ve never been able to actually find one that was well, good.

Then there are those who seem to think putting things in the hands of “The Ultimate Tyrant”, namely God, would work better. Case in point this period we’re in. ’nuff said? Or let me ask you how has this redefined Shiist Islam been working out for everyone? To quote Seth Myers from Saturday Night Live, “Really? Your primary tool of governance and legitimacy is to stifle and suppress the Iranian woman with a square piece of cloth? Really? Really?”

Hey! Did you hear that Iran also has a hybrid? No, not an automobile that runs on gas and electricity like the Prius. The Iranian Hybrid is that political view that poses the combination of a Tyrant, who can also double as a self proclaimed devout Moslem. Another version is those Tudehis who claim to be Ali-loving, or the MEK who can at once sin and serve Allah, Iran, and the US military. I call this Hybrid the “Penis”.

The current ultimate Tyrant in power today though, is Khamenei. A hybrid or reverse-hybrid of sorts. Khamenei is so far off, that he thinks he is neither a king, nor a religious leader. In his mind, he’s just an “Advisor”. And apparently he runs entirely on Hot Gas.

Lastly, we come to the group I like to call iPods. Iranian-Persians Obliviously Denying Stuff. These “cats” believe that if we all simply hold hands, shut up and stop being so negative, and pretend that everything is alright or normal, and hyphenate our names like good ethnic immigrants ought to do (but don’t), and also remember to acquire greater and greater wealth without any sort of political power or point to make with it, that things will magically fix themselves! These are the people who almost always support every unelectable, inexperienced, and incompetent Iranian (including Iranian Republicans!) who run for office in the US, and also think that funding NIAC to lobby the US government is the most obvious and fun stress-free way to fix Iran! They also travel frequently to Iran and always come back and tell you over coffee quietly, “Things in Iran? Not so good.”

I call this “Persian Pilates”. PP is where you don’t do any work outs, and you don’t see any results. But you somehow feel better!

Of course, all of these are simplistic, wrong, and to a lesser or greater degree, utterly delusional.

The fact is real Iranians once the facades of fashion have been lifted from them, are just like everyone else in the world. They are angry but afraid. They are afraid because they are unaware that there are many many many Iranians who are just as angry as they are.

Iranians will always be angry. Anger is good actually. As traits go, I’ll gladly take it. Anger makes you work harder and strive to be better. The downside of being angry though, is that you’re never really ever satisfied. See what I mean?

The reason why the Green protests never amounted to anything more than maybe as many as 3 fun-filled days of raucous ribaldry and joyous optimism, was that the authorities very soon figured it out and deftly re-introduced fear. Which when it made it’s presence known again, soon overtook anger and that pretty much ended the protests about as fast as they had begun.

The resulting policy change by the tyrants? Obvious. Keep everyone away from each other by immediately dispersing any gathering cluster of 3 or more angry Iranians. Tyranny knows this, and many more secrets.

But when angry Iranians stop being afraid, and realize that Tyranny can never upend anger once fear has been removed, then the puny houses of all evil Tyrants and Kings and Pigs will come crashing down.

Or, if you have learned nothing from what the world’s newest religion “Angry Birds” teaches us, we should all by now know that you must understand the unique skills and use each one of your “Birds” carefully. And that you must carefully look for weaknesses in the structures and obstacles that the “Pigs” have placed in our way to stop us, and above all, even when faced with certain failure, we must continue as many times as it takes to clear this level and get ready for the next.

God how I hate Finland!