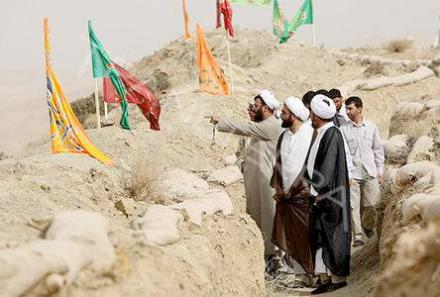 While Europe remains preoccupied with its own slow-motion crisis, and other global powers continue to be mesmerized by the bizarre spectacle of European officials’ myriad efforts to rescue the euro (and thus the global financial system), clouds of war are massing over Iran once more.

For years, Iran has been pursuing both a nuclear program and the development of long-range missiles, which points to only one conclusion: the country’s leaders are intent on building nuclear weapons, or at least on reaching the technological threshold beyond which only a single political decision is required to achieve that end.

The latter course would arguably keep Iran within the scope of the Nuclear Non-Proliferation Treaty (NPT), to which it is a signatory. But there can be no reasonable doubt about the Iranian leadership’s intentions. Otherwise, Iran’s nuclear and missile programs would be a pointless waste of money. After all, Iran does not need uranium-enrichment technology. The country has only one civilian nuclear reactor, with fuel rods supplied by Russia, and the Iranian technology now being developed cannot be used in it.

But uranium enrichment makes a lot of sense if you want a nuclear weapon; indeed, for that purpose, enrichment is indispensable. Moreover, Iran is building a heavy-water reactor, supposedly for research purposes, but which is also needed to build a plutonium bomb.

Iran has, in violation of the NPT, hidden substantial parts of this program. The country has also spent millions of dollars on illegal purchases of enrichment technology and nuclear-weapon designs from the Pakistani nuclear scientist and black marketeer A.Q. Khan, the “Father of the Pakistani bomb.” Iran tried to conceal these transactions for years, until its cover was blown when Libya began to cooperate with the West and exposed the Khan network.

An Iran armed with nuclear weapons (or one political decision away from possessing them) would drastically alter the Middle East’s strategic balance. At best, a nuclear-arms race would threaten to consume this already-unstable region, which would endanger the NPT, with far-reaching global consequences.

At worst, nuclear weapons would serve Iran’s “revolutionary” foreign policy in the region, which the country’s leaders have pursued since the birth of the Islamic Republic in 1979. The combination of an anti-status quo foreign policy and nuclear weapons and missiles is a nightmare not only for Israel, which at least has second-strike capabilities, but also for Iran’s non-nuclear Arab neighbors and Turkey.

Indeed, the Gulf States, including Saudi Arabia, feel more existentially threatened by Iran than Israel does. Europe’s security profile, too, would change dramatically if Iran were to possess nuclear warheads and long-range missiles.

All attempts at negotiations have led nowhere, with Iran continuing to enrich uranium and improve its nuclear technology. Sanctions, while useful, work only in the very long term, and a change in the balance of power within the country is not foreseeable in the short term. So it is only a matter of time – and not much time – until Iran’s neighbors and the international community will confront a fateful choice: either accept Iran as a nuclear power, or decide that the mere prospect, as it becomes more realistic, is leading to war.

President Barack Obama has already made clear that the United States will not accept Iran as a nuclear power under any circumstances. The same is true of Israel and Iran’s Arab neighbors in the Gulf.

The next year promises to be critical. The Israeli government recently suggested that Iran would reach the nuclear threshold within nine months, and Iran could become a major issue in the long run-up to the US presidential election in November 2012. And it is difficult to imagine that Israel’s current government will stand by idly while Iran becomes a nuclear power (or a nuclear quasi-power).

On the other hand, talk of military intervention – which, under the circumstances, would largely boil down to air strikes – is cheap. There are grave doubts about whether the Iranian nuclear program could be eliminated from the air. In fact, with large parts of the world most likely condemning any attack, military intervention could clear the diplomatic path to an Iranian bomb.

It is better not to dwell on what the Middle East might look like after this kind of confrontation. Iranian opposition forces would likely be the first victim of Western military action, and, elsewhere in the region, the Arab Spring would likely be submerged under a massive anti-Western wave of solidarity with Iran. The region would be pushed back into violence and terror, instead of continuing its transformation from the bottom up. The effects on the global economy would be no less significant, to say nothing of the humanitarian consequences.

A last-ditch diplomatic solution appears unlikely, given that the nuclear question plays a decisive role in the Iranian regime’s factional struggles, in which anyone favoring compromise can be considered the loser. Moreover, Iran’s leaders seem to assume that the country is too big and too strong to be subdued by sanctions or air strikes.

Historically, the road to disaster has usually been paved with good intentions and grave errors of judgment. That could happen again in 2012, when miscalculations on all sides could clear the path to war or a nuclear Iran – or, quite realistically, to both. Further escalation in the Middle East will culminate in these wretched alternatives sooner rather than later, unless a diplomatic solution is found (or unless diplomacy can at least buy time).

Unfortunately, that may be unlikely in the year ahead. In the absence of any viable route to US diplomatic engagement with Iran, the burden of organizing, convening, and conducting such highly sensitive negotiations falls on Europe. And European leaders, as Iran knows very well, have other things on their minds.

AUTHOR
Joschka Fischer, Germany’s foreign minister and vice-chancellor from 1998 to 2005, was a leader in the German Green Party for almost 20 years. His wife, Minu Barati, is Iranian.