How to Avoid War 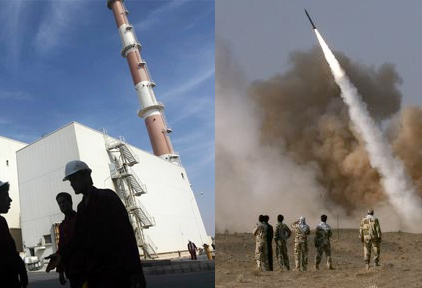 Calls are rising in the West for tougher actions against Iran, especially after a mob attack on the British Embassy in Tehran, Iranian plans to kill a Saudi envoy in Washington, and the latest report on the country’s nuclear program.

Some Israeli leaders are again beating the war drums for an attack to prevent Iran from making atomic weapons. The US Congress wants to cripple Iran’s economy by punishing any country that does business with its central bank.

But there is another option, one far short of war or economic strangulation that could trigger war. It is based on the same strategy used by the West to bring down the Soviet Union, that is, to simply contain and constrain the regime until the flawed idea that is the very basis for its existence results in its own demise.

In the case of the Soviet Union (and precapitalist Maoist China), communism collapsed because of a fundamental delusion. Prosperity, it turns out, is not based on manual labor, as Marx supposed, or on material things. Rather, as the West long knew, real wealth is created from new ideas and the willingness of individuals to invest in creative visions, such as a better Web search engine or innovative concepts in solar energy. By the 1980s, the Soviet economy had become too weak to sustain a militaristic empire.

Iran’s regime, too, is based on flawed ideas and internal contradictions that are slowly undermining its authority.

Sharia law, for example, was never meant for constitutional order. Religious rule cannot be substituted for a freely elected government. Cultural purity cannot be imposed from above by unelected Muslim clerics. Anti-Semitism (or prejudicial hate) is no basis for a nation’s identity. And the original idea of jihadism does not justify the killing of innocent people through terrorist violence.

As recent infighting between Iranian factions shows, the Islamic Republic of Iran is steadily eroding because of its erroneous origins. Power grabs by followers of the two main rivals – President Mahmoud Ahmadinejad and the supreme leader, Ayatollah Ali Khamenei (“guardian of the revolution”) – are fraying the regime, which has already lost legitimacy with its people. The Arab Spring with its trumpeting of democratic ideals has also ruined Iran as a model of Islamism among Muslims. Iran’s sole Arab ally, Syria, is in civil war.

In 2009, three decades after Islamists took power in Tehran, the Iranian people were revolting on the streets. They knew the delusion was over. While the rulers crushed the Green Movement, the rot within the regime only continues.

President Obama and other leaders in the West can hasten this slow demise with patient but firm containment strategy, to use the words of American diplomat George Kennan, who set forth the strategy against the Soviet Union. They must make stronger demands for transparency and inspection of Iranian nuclear facilities, thereby forcing the regime to come clean on its ambitions. They can use covert means, such as the Stuxnet computer worm, to delay its nuclear program.

Military attacks on Iran or extreme sanctions would only reinforce the regime. Still, “smart” sanctions that hurt the economy in a way that would further cause Iranians to blame their own leaders may work. Corruption and inflation have already made a start.

This sort of patient vigilance can prevent war and perhaps initiate the downfall of a regime that is built on the sands of empty ideas.