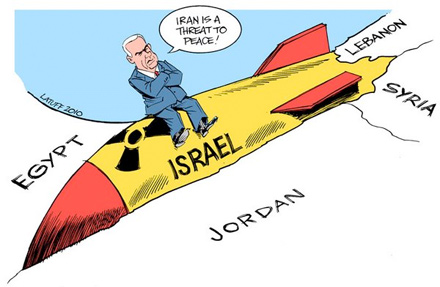 Some years ago a civil-society initiative for a Conference for Security and Cooperation in the Middle East (CSCME) was spearheaded in Germany by peace and conflict researcher Prof. Mohssen Massarrat in collaboration with the German branches of the International Physicians for the Prevention of Nuclear War (IPPNW) and the International Association of Lawyers Against Nuclear Arms (IALANA). After decades of violent conflicts in the region, the initiators chose not to sit down and wait anymore, but decided to assemble civil-society actors from all countries concerned in order to promote a perspective for peace, security and cooperation – something state actors have carelessly neglected. One of its key aims is the creation of a zone free of weapons of mass destruction (WMDs).

After a first workshop held in Germany in January 2011, a second took place by late October at the School of Oriental and African Studies (SOAS) in London in cooperation with its Centre for International Studies and Diplomacy (CISD). The meeting was linked to an annual CISD conference on a related subject, the 6th SOAS/British Pugwash London Conference on a Middle East Weapons of Mass Destruction Free Zone.

So far civil-society forces from almost all countries of the region have been brought together. Unified in the desire to break out from the vicious cycle of regional militarization, they want to offer a vision for common security and regional cooperation. In addition to security policy, the CSCME process comprises a number of fields for cooperation, among others in the areas of socio-economic development, cross-border resource management, inter-religious and -cultural dialogue, and health. It is hoped that the next expert conference will take place in the region itself. All of that in view of holding a founding conference for the civil-society CSCME process in the near future.

For 2012 (perhaps more realistically for 2013), the first United Nations Middle East WMD-Free Zone Conference is planned, for which Finland has been chosen as host. Ideally, concrete steps towards the realization of that aim would be defined there and civil-society groups involved.

The “Arab Spring”: The necessity of a veritable regional security architecture

An important topic of the last workshop in London was the “Arab Spring” which demonstrated that the pejoratively dismissed “Arab Street” is not a passive object for authoritarian rule, but that societies can offensively fight for their own needs and interests, and eventually bring about change. This development has emboldened the initiative for a CSCME as it showed that civil-society pressure can indeed yield tangible results.

Importantly, if we comprehend the revolutionary process in the Arab world to be motivated by a triad of popular demands, namely the pursuit of socio-economic justice, political freedoms, and independence, what is intimately connected to the latter is the question of security, especially for those countries so far over-dependent on non-regional powers.

The Iran–Israel conundrum: A WMD-free zone as the only sustainable solution

Beyond that implicit demand inherent to the Arab uprisings for security and coexistence, there is another front which propels us to contemplate about new paths and solutions. The seemingly never-ending spectacle around the so-called Iran nuclear conflict, which is more often tilting towards war than a peaceful resolution, has again produced heated debates on its whereabouts. With the bulk of the policy debates endlessly vacillating between a rock (war) and a hard place (sanctions), it is clear that both options will not alleviate concerns for both nuclear proliferation and the Iranian civil society’s well-being.

The only meaningful way forward would be to abandon such a bogus policy alternative which has proven counterproductive and will only push the conflict towards the brink of war, and instead striving for regional disarmament and eventually a WMD-free zone. In order to avoid a collision resulting from contentions over nuclear monopoly and deterrence, the creation of such a zone would arguably constitute the only meaningful exit. Hence, the desire to bring both Iran and Israel to the table at the above mentioned UN conference.

While there can be little doubt that civil societies across the region are in need of a prospect for common security and intra-regional cooperation, there can be no less doubt that the so-far preferred policies affecting the region have proven unsuccessful at best. Only in an overall Conference for Security and Cooperation in the Middle East (CSCME) can the concatenation of multi-faceted conflicts in the region be addressed in a sustainable manner. Here, the continuing and increasing insistence from diverse civil society actors will be indispensable to encourage policy-makers to pave the way for bringing sustainable peace and security to the region.

AUTHOR
Ali Fathollah-Nejad is a political scientist educated in Germany, France and the Netherlands. He is currently a Ph.D. candidate in International Relations at the universities of London (School of Oriental and African Studies, SOAS) and Münster (Germany). He is the author of The Iran Conflict and the Obama Administration (in German), published by Potsdam University Press in 2010 (reprinted in 2011). He is also a member of the working group on Security Policy of the civil-society initiative for a Conference for Security and Cooperation in the Middle East (CSCME). info@fathollah-nejad.com