Put away the knife, please 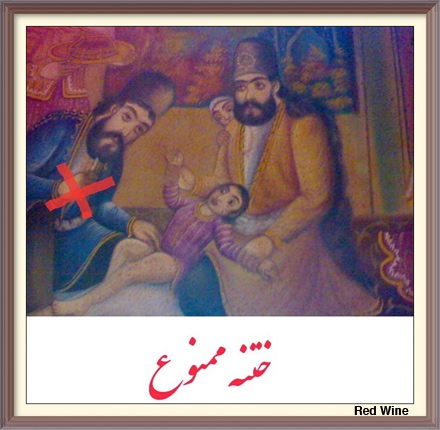 Pardon me for changing the topic of conversation from the crisis in Iran and the general political and economic turmoil around the world. By the time you read this, I think many of you will at least agree that it’s not a trivial matter. It will get you thinking, I hope.

We hear it all the time: It’s a man’s world. We see and experience it every day. Men dominate politics, religion, industry, science, the arts … you name it. They always have. They have more rights — written and unwritten, in developed and under-developed countries — and more opportunities. Women often prefer to have boys because they face fewer obstacles in life. A greater chance for survival and success. There would be no wars without them carrying out killings and destruction. They are certainly the aggressive half of humanity and less sensitive, by comparison.

I know my kind,  and I’m not fond of them (see “I don’t like men“). I frequently defend women’s rights and I support and promote them every chance I get. Men, on the other hand, don’t need or deserve any special sympathy or urgent attention or support in any area because of their gender. Men are not discriminated against or abused because of what’s between their legs. Except for one: circumcision.

Khatneh is cruel and unnecessary and it has to stop.

What’s the big deal? The big deal is the mutilation — yes, you heard me, mutilation — of the sexual organ of millions and millions of infants and children simply because of their gender. Simply because it has been a religious ritual from ancient times in many cultures across many countries. A practice that has little to do with science and health, and more with superstition. A procedure which, rightly, has caused outrage when applied to girls in some Muslim countries, but wrongly ignored and even encouraged for boys.

To those who think that removing the penis foreskin is God’s commandment and must therefore be obeyed without question, I have nothing to say. They are a dwindling minority but their thoughts and rituals over time have had an impact on Abrahamic communities (Jewish, Muslim and many Christian ones too). These people are commonly not super religious but not free of superstition (or stupidity) either.  My concern is those who are allowing this atrocity — yes, atrocity! — continue out of habit, or worse, for cosmetic reasons (“It just looks soooo much better!”). They are mindlessly, and selfishly, following a violent (not a typo) and damaging custom for no vital reason.

Those who have bothered to do a little research to justify circumcision point to medical research which has shown a number of health benefits. However, the risk of developing a serious disease is not significant enough to cause any immediate danger to a boy or a high level of risk to adults.

The key word is “significant”. The small percentage of diseases directly related to uncircumcised penises is not alarming to the point that millions of boys should suffer pain and psychological trauma soon after birth, as well as permanent disfigurement and loss of significant sexual sensation. Just look at uncircumcised men, who account for about 70% of the world’s male population. They are not rushing to clinics to skin themselves. They are not suffering from any serious, life-threatening genital disease on a scale that would convince a rational person to resort to butchery.

That is what circumcision is: butchery. Genital mutilation. Child abuse. A clear violation of a minor’s human rights. If you think about it.

See the article that got me going: “Infant male circumcision is genital mutilation” by Martin Robbins published in The Guardian day before yesterday and prompted a discussion on my Facebook page.

Most men on the planet are uncircumcised. They’re life expectancy and health is not any less or worse than circumcised men. They are whole.

Put away the knife, please.