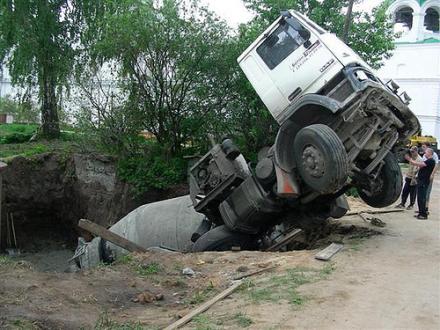 I recently finished reading Brian Greene’s “The Hidden Reality: Parallel Universes and the Deep Laws of the Cosmos” which is a fascinating and surprisingly easy to read book on Greene’s theory that just as a deck of cards has only so many ways to shuffle, so goes the fabric that makes up the physics of the universe.

Oh and apparently it is important to also note for those on this site so inclined to wonder, and then wander, that Greene is also a Jew. Not that it matters to me. It’s just that someone is bound to detract from the good work, it might as well be me.

Greene’s theory is that since the universe can only be constructed out of so many set and established ways, the possibility that the universe can repeat, makes an interesting argument for multiple realities.

The art of Greene’s theory I like, is that there is ample chance that there is another me writing this exact same article (or hopefully a better one!), in another parallel universe, with another you reading it (hopefully not tossing it out!).

This fascinated me, not so much about the exact repeat of this universe, because honestly for Iranians, this one totally sucks. But the idea that there is one with just a slight variation makes me feel a lot better.

Being Iranian with OCD, PTSD, and as of yesterday, now suffering from “Stockholm Syndrome” too, I wondered what the paradigm shift and cosmic variation of Iran would look like:

In a different cosmic 1944, Shah Mohammad Reza Pahlavi went to visit Ayatollah Seyed Hossein Borujerdi who had been taken ill and was in the hospital. Instead of a cordial visit like our universe, in this one, the Shah insisted on providing the ailing Boujerdi with his personal physician and got him the best doctors from abroad, and soon the ailing Borujerdi was fit as a fiddle. The young Shah went to see him frequently and soon came to count on his wise council and generally sound advice.

As a result, this Borujerdi grew to love and respect the Shah like his own son. The Shah reciprocated with kindly policies and just rule.

In 1950 Mohammad Mossadegh and the Shah met and although the young Shah had hoped his General Haj-Ali Razmara would get the job, he soon realized that under Mossadegh’s plan to nationalize Iran’s oil and renegotiate the contract with the British, Iran would make far more money than the current arrangement.

The Shah switched his support from Razmara to Mossadegh, and went on to negotiate the deal with the British using his better English and flair for argument. Razmara was not assassinated by Khalil Tahmasebi, because the Fadayan-e Islam did not exist.

Ahmad Qavam (also known as Ghavam os-Saltaneh) went on to actively oppose Mossadegh, but never succeeded him as Prime Minister or Premier. In 1953, after successfully nationalizing Iran’s oil and securing sound contracts from the British and American oil companies, the Shah was chosen as Time magazine’s Man of the Year.

In 1953 The Shah sent Ahmad Qavam to be Iran’s ambassador to Afghanistan where he was instrumental in helping the Afghan Prime Minister Shah Mahmud Khan finish instituting his reforms and experiment allowing greater political freedom in Afghan society. The plan worked and Afghanistan prospered greatly with excellent trade and cultural relations with Iran.

In 1963 when it was suggested that the Shah should institute a “White Revolution” of sweeping land reforms, nationalization of the forests, the sale of state-owned enterprises to private interests, electoral changes to enfranchise women and allow non-Muslims to hold office, profit-sharing in industry, and a literacy campaign in the nation’s schools, as each of these was weighed with the blessing of Borujerdi, and adjusted so that their overall effects were not as extreme, and a shock to Iran’s system, the Shah with Borujerdi’s advice, succeeded in delivering Iran from the 18th century feudal system into a 20th century modern state, with it’s Shiite spiritual integrity intact.

Borujerdi’s then pupil, a young but largly unspectacular Ruhollah Khomeini who had often expressed a desire to participate in politics, was actually allowed to do so unfettered, but soon realized that most of his ideas were not that good, and some were actually quite stupid, and that there really was no place for them.

After coming in a distant 5th, 6th and 4th, losing all 3 attempts to be elected to the Majles, Khomeini came back to the fold and eventually when Borujerdi died, tried to take the Ayatollah bar exam a couple of times but failed, and went on instead to open a string of successful Ash-only restaurants throughout the greater Qom area.

After the White Revolution, in 1971 some idiot told the Shah to switch the calendar to a 2500 year old Persian one, and to put on a huge pageant celebrating the history of Persia. Although the Shah liked the idea at first, somewhere in the back of his head he could hear his mentor Borujerdi’s sage advice, and instead of the pageant and switching calendars, the Shah agreed that Persian history had merit, but instead of the costly pageant, decided instead to change Iran’s name in English from “Iran” back to Persia. Thus correcting the horrible mistake made in accepting the German Nazi recommendation to Iran’s Ambassador to Berlin, during WWII, who suggested this would help Iran ally with Germany as an Aryan nation.

When asked why the English name of Iran was changed to “Persia”, the Shah said it was to correct the WWII mistake, and in keeping with proper English in which most countries names are different in English from what they are called in their native language. Citing China, India, Greece, Germany, and Japan. Which in their own languages are Dahlou, Hindustan, Hellenos, Deutschland, and Nippon.

In 1975 the Shah wisely heeding his wife Farah’s advice, and bought out the entire Andy Warhol collection, and put it along with the artist in a permanent museum/sanitorium in Tehran.

In 1979, during the NFL’s Superbowl XIV, the Pittsburgh Steelers beat the Los Angeles Rams 31-19 in Tehran’s Aryamehr Stadium in front of a crowd of 100,000.

In 1980 Iran beat out Lake Placid and Russia to host both Winter and Summer Olympics.

In 1983 on a construction site in Dubai of yet another of the many Iranian funded skyscraper complexes, “The Borj-e-Alborz” while inspecting one of his construction crews, in a freak cement mixer accident, Osama Bin Laden fell into the foundation being poured for the project. After completion of the multi-purpose business, retail, hotel, convention center complex, a simple non-descript plaque was placed on the cornerstone of where it was thought Bin-Laden fell.

The inscription on the plaque which stands today reads: