Nothing wrong with war! 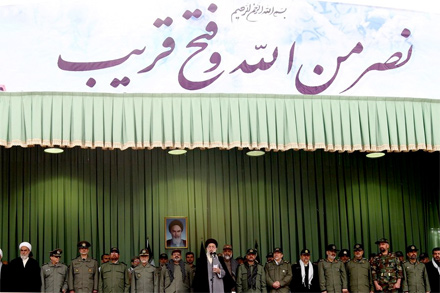 It is a known fact that our country Iran has a large surplus of retards. Unlike real retards, these people do not suffer from impairment of cognitive functions. In fact, these cousin-fuckin’, rosewater splashing, Sandis drinking, hygienic challenged individuals seem to get around effortlessly. The problem with these retards is not medical … it’s ethical. These retards suffer from impairment of humility for a small amount of cash and a chance to leave the village. These retards have certain characteristics that include: religious zealousness, hatred of music, arts and anything that is attractive, uncontrollable sex drive that is triggered by women’s hair, ability to climb embassy walls, love of facial hair and obsession with defending the honor of other people’s wife and daughters!

Now, you might think that I’m making fun of the unfortunate or the uneducated in our country. That is far from the truth as understanding the difference between right and wrong does not require money or a degree. Actually, I personally know rich, educated individuals who have no shred of kindness in their DNA. Kindness cannot be bought or taught.

Throughout our long history, these retards have always had a special place in our religion and politics. As people, we tend to somehow, always end up with these individuals as our leaders. Sometimes by force, and sometimes by choice. But they seem to always manage to ruin it for the rest of us.

But today, thanks to a miracle called the Islamic Republic government, we seem to have a shot at curing this illness once and for all. At no time in our history have we managed to get all these retards in one place at the same time. IRI has managed to somehow recruit just about every one of them to serve as members of revolutionary guards and Basij. Opportunity is knocking.

The Iranian people surely do not have the willpower or the stamina to stand against this massive power of retards. These people are armed, well financed, dangerous and will travel anywhere to rape and pillage. Iranian people are no match for the savagery of the army of Orcs. However, western powers are quite capable of annihilating the bastards and rid Iranians, once and for all, from these brainless degenerates. There is no need to occupy or bomb ordinary people. There is no need to land troops or build nation. Just send a few thousand of these retards to heaven and Iranians will take care of the rest. Yes, we are willing to stay behind and build the country while them retards have fun with their 70 virgins. Imagine a country lighter on stupidity. A nation rejuvenated. A motherland reborn. And I for one, am willing to sacrifice a cousin or two for the greatness of my country.