My Friends in Ras Beirut 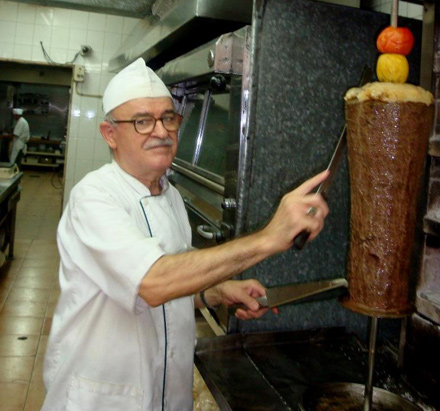 [This photo essay is a tribute to my friends in Ras Beirut.]

It has also been a center of fashion, entertainment, art, and literature, with some of the best restaurants offering Lebanon’s diverse cuisine. In the 1960s and 70s, Ras Beirut had a large number of cinemas, screening the best films from around the world, and cafes frequented by the widest possible range of intellectuals and political celebrities.

In 1972, when I left a grey, dusty and hardly pretty Tehran and arrived in Beirut for the first time, I found a city with few buildings taller than a few stories, and most surrounded by gardens. The entire city was covered in plants and flowers, the names of which, like many an Iranian proud of our gardening history, I do not know even today.

But even I could recognize citrus trees, bearing fruits which until then I had only seen in shops, and bougainvilleas, gol-e kaghazi (or paper flower in Persian), as tall as multi-storey buildings, in contrast to the short plants my father had been tending lovingly in our little garden in Tehran.

Forty years on, the old universities are still there, along with several new ones some of which look life office blocks; Chinese and Japanese restaurants compete well with Lebanese ones; and fashion is still on display, in shop windows and on sidewalks.  But almost all the cinemas are gone; as are the old, French-style cafes, some of which have been replaced with franchises of Western coffee shops.

Beirut has lost almost all its green space, AUB’s lush campus being one of the few exceptions. Beautiful old buildings have been replaced with concrete, steel and glass towers, blocking one’s view of the sky, not to mention the sea. Continuous construction or maintenance, the sound of generators that cover the daily power cuts, pumps that fill up rooftop reservoirs, and the constant honking of cars create an ocean of noise from which there is no escape, day or night (see my video: The Sounds of Ras Beirut).

Had my fascination with Ras Beirut been confined to its natural or urban beauty, today I would have had little but an obituary to write about the most interesting neighborhood in which I have lived. However, more than anything else, it is people who give character to their habitat. Ras Beirut is still unique, not only thanks to the writers, scholars and community leaders some of whom appear in an excellent documentary, ‘Memories of Ras Beirut, Wish You Were Here’, by my friend Mahmoud Hojeij, (read about it here). But also thanks to the staff of shops and offices, who would always receive you with a smile and go out of their way to help you.

Ras Beirut is the only place where a bank clerk has apologized to me because she had run out of crisp new banknotes and had to give me some old ones; where going to the telephone company to pay my bill was like going to meet a friend; where my travel agent would always insist that I paid for my ticket ‘not now, but later, because something might come up and you might change your mind’; where I could discuss current affairs with florists; where I would be stopped on the street and offered pastry by the cashier at a sweets shop; and the only place where, upon asking at a restaurant if there was room for me, the waiter replied first, pointing to several tables, ‘there, there, and there’, and then, pointing to his heart, ‘and here’.

My photo essay is a tribute to some of my friends in Ras Beirut. There are a few whom I did not photograph, and a few whose pictures are slightly fuzzy, because they were taken on the go. I think my friends will forgive me, and I hope so will you. Happy New Year.