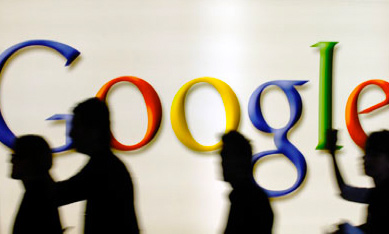 Google plays such an important part of our daily lives that we’ve come to regard it as a near-spiritual entity, the company’s worker bees like so many discreet Gods, obediently watching over our enlightened era. If Google secretly suffered from a Messiah complex, could we really blame it?

At the California-based multinational the strategy is think big: how do you make the world’s information readily available to the highest number of people? It’s a noble preoccupation, since information serves a purpose, filling space where a void existed before. And yet, a hundred years from now our descendants will judge whether the Age of Information was as useful to mankind’s progress as the Age of Enlightenment or the Iron Age.

Using computers and the web to process all this information has turned out to be one massive headache—things break, code becomes corrupted, and Google, overseer of all things virtual, often gets in the way. Because if things go wrong with a Google application, there’s no one to email or speak to. The “Made in Mountain View” cheery demeanor turns into a frown of indifference and prodding a little further can even reveal signs of dysfunctionality.

Some years ago I set up an Adsense account to be tied to my movie blog, Screen Comment. Just before this Christmas I got an automated email from Google’s Adsense team saying that an ad revenue payment could not be made to my bank because the banking information I entered could not be verified. I needed to type in the amount of a small deposit Google had made to my bank account as verification and the full wire transfer would be pushed out to my financial institution.

The only problem was that the verification deposit Google had made was two years ago, and I did not have access to those bank statements online; I would have to take a drive over to my financial institution. Immediately, I wondered why Google did not give me the option to generate another verification deposit again. If memory serves right, Paypal or eBay, which by necessity have to be linked to your bank account, give you the option to immediately generate another verification deposit—a few cents each time, so that you may validate your bank account information. But Google didn’t offer this option.

Alternatively, I was prompted to set up a new bank account. Except that, the only bank account I had was the one that was already recorded in my Adsense profile, but not verified. I still attempted to create a new bank profile, using the same bank account information and sure enough, Google’s on-screen message was, “this account has already been used.”

Oh God, what should I do?

I felt heat rising in my neck. Today was the day that wires would be pushed out for all Adsense publishers (payday is once a month only, for all publishers) and I was about to miss the deadline. As a publisher who works hard to have a successful blog, I had earned some money and deserved it. But Google was getting in the way and did not offer any logical or efficient resolution. Google’s God complex was at work again. No regard for the individual user and no way to contact anyone in a meaningful manner: answer a questionnaire which only serves Google’s purposes, press “send” and hope that one of the worker-bees will respond.

Someone named Kevin responded with a dry and wordy email saying, in essence, that the last verification deposit attempt was actually done less than a year ago—he provided the month and the year: January 2011. Using that information, I drove to my bank and asked my bank representative to retrieve the statement in question. When I couldn’t find the deposit I emailed Kevin again; he responded with an apology “for the typo.” Google had given me the wrong date. No further offers of help were made.

Here was a Google staffer, sending me what was a regurgitated FAQ article appended with erroneous facts about some deposit that never took place on the month and date he referenced in his email. Google’s treatment of me wasn’t exactly giving me the warm and fuzzies. The imprecision and the callousness of Kevin’s response was unsettling. I would’ve expected more from a company like Google.

After launching a salve of emails to various divisions within the company, someone named Geoffrey Smith responded. He sounded like a higher-up.

His email began, “I have been traveling in Asia, so all of my email responses are behind.”

That reads like a God complex to me, as in, you mere mortals are too insignificant to know what busy lives we Googlers lead, you’re meaningless to me (cue booming and sardonic laughter). He then proceeded to recap all of my recent woes (it’s heart-warming when a manager steps in only to take you back through the three circles of hell you’ve crossed—just in case you had forgotten. How about manning up and going straight to point, Mr. Manager?) and then proceeded to say, “we have cleared your payment instrument, so you can reenter the same bank account information or provide a new one.”

I could not believe my luck. Google had (a) responded and (b) offered a resolution. I logged in to my account immediately and tried to set up my bank account again. Sadly, none of what Mr. Smith—jetting from one exotic locale to another, barking orders in Mandarin to local agents in Guangdong and finessing an account manager in Sao Paulo in impeccable Portuguese—said turned out to be true. My account had not budged, I was still hitting a wall and the funds, earned with great patience and long hours of work, were still in Google’s possession—not mine.

I started thinking about Google’s attitude towards small publishers, and all users in general.

Our eyeballs are parlayed into billions of dollars in annual revenues by Google, and yet there wasn’t anyone at the company to do a live chat session with. I don’t care if I’m chatting with someone named Manishankar who lives in Kerala, India and rides on the back of a chicken delivery truck to get to work every morning. If he can be trained in Adsense code, then hire him, Google!

Another telling detail was to be found, in the same email from Mr. Smith (here comes the head-scratching moment of the evening): “I’m about to lose access to email for two weeks (it is 10:30 pm in Beijing and this is literally the last thing I am doing at work before getting on a plane to Sri Lanka). I expect things to work smoothly for you now, but will be checking email again in early January if you run into trouble.” Guess I should feel gratified that Mr. Smith deigned even answer his email, much less (attempt to) offer help.

Email etiquette and TMI issues aside, there has been no follow-up on the part of Mr. Smith or any of his Adsense colleagues at Google. Fifteen days have passed and Google is still holding on to my money.

Google needs to rethink its client support function strategy. There are too many dissatisfied users out there (I’ve spoken to a few, who’ve echoed my concerns), and as Google has grown into the company that it is today, its customer support function has not been keeping up with the complexity of clients’ demands—or, in certain cases, the acceptable individuality that customers demand to be treated with. We are not autobots, ready swallow miles of FAQs or willing to throw the dice and post a question on Google’s forums, to then rate and compare different answers for reliability. A human connection still needs to exist in our interactions with Google, and the powers-that-be should ensure that a strategy is implemented.

To make matters worse, I was recently locked out of my Gmail account and have not been able to get back into it because of Google’s two-step verification process which I had signed up for some time ago. In order to allow me back into my account, Google will send me a text message with a code—only, I do not have access to this phone as I am overseas.

The weakness in Google’s automated customer support system is that not all possible scenarios are taken into account. What’s eminently disturbing about this company is that there is no follow-up and no quality assurance in place on staffers’ responses.

After emailing Google, I kept receiving automated emails filled with dense FAQ content. One such email offered this as an option: “use your backup phone.” How many people out there do you know who have a backup cell phone? They exist, but are far from being legion. Suggesting an option that’s very unlikely to be useful is telling of Google’s lack of interest in the client support philosophy. There’s a cult of the “good-enough” at work here apparently, Google’s assistance mechanism being so illogical and unhelpful that it no longer serves the needs of Google’s users. Inquirers get caught in a catch-22 situation of one-way street signs that point either to the sky or to the dry, barren ground.

The aftereffect of Google apps is a bit like buying a second-rate home alarm system sold by a fly-by-night Chinese manufacturer. The long-term service contract is non-existent. You can keep on pressing the Fire and Police button simultaneously, oh-you-will-die-tonight—guaranteed.

Have you looked inside a Google campus lately? No? To get a peek inside, you can watch some of the video demonstrations that Google’s employees record for the applications they release and update constantly: Google’s virtuosi are young and savvy and for a long time, they’ve been making applications for the likes of them, not you and I. And they figure, if it makes sense to us, then it makes sense to them. And with FAQs as the norm rather than the exception in customer help, Google is able to get away with not directly facing customers’ demands.

I tried to play by the rules. I have been trying to publish my Gmail and Adsense-related questions on the forums but since I’m locked out of my email account I am prevented me from posting my question.

Google, I am waving a white flag at you–I surrender. Now pay me my money and let me access my email.

AUTHOR
Ali Naderzad has worked in admissions management at Sciences Po, Paris, and is the founder and editor of the film blog Screen Comment.