One Year in Jordan 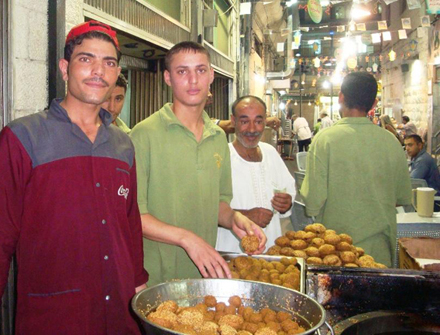 Life is a surprise, filled with other surprises. Fortunately, some of these are happy ones. Such was my one-year residence in Jordan, 2010-11, teaching journalism at a newly established graduate school, Jordan Media Institute. Taking part in such an innovative project and working with students eager to learn and experiment was in itself a great pleasure. What made my time in Jordan much more enjoyable was the discovery of a country about which I had known little >>> See photo essay

I had been to Jordan first, briefly, in the 1960s on a family tour which also took us to Iraq and Syria. Another brief visit came in the early 1970s, when I was a student at the American University of Beirut and, with a group of friends, hired a car to drive to Syria and Jordan. At that time, the Jordanian capital, Amman, was a delightful, small city constructed on a number of hills, with a Roman amphitheater providing the main attraction in the city center.

Today, Amman has more than two million inhabitants, about one-third of the country’s entire population, and covers many more hills. Still, thanks to abundant land, the population density is not very high. The city center is cramped, as most city centers are, but other areas are fairly wide open. Occasionally, there are even spacious pavements, though they may be uneven, or blocked by trees planted right in the middle of them, by construction material, or by piles of refuse. Like many other cities in our region, pedestrians in Amman seem to be considered third-class citizens, after car drivers and motor-cycle riders.

Jordan is one of the driest countries in the world and has relatively little vegetation. Many Jordanians complain that their scarce green space is being eaten up by increased urbanization. Amman has not yet been hit by the region’s tower-building craze and a few massive building projects have come to a standstill because of the recent slump in the real estate market. But around the city, there are signs on walls advertising the services of firms demarcating farmlands that are being divided or sold, as farmers pass away or give up farming. In spite of all that, it is remarkable how much green there still is in Amman – not only olive trees, with their distinctive beauty, but also willows, palms, pines and firs, and flowers, especially roses and jasmines, in better off neighborhoods.

Hospitable like other peoples in our region, Jordanians are also disciplined and generally law-abiding – smoking being a major exception (see photo 28). This means they drive better and honk less than Tehranis or Beirutis, but also that they take everything very seriously. A Jordanian friend had an anecdote about a Jordanian comedian telling a colleague from Egypt, a country known in the Arab world for its sense of humor: ‘You are not real comedians. You tell jokes to people who would find something funny even in a misery. Our people hardly smile, let alone laugh.’ But comedy is making progress in Jordan, with local as well as visiting talent, including Maz Jobrani and his group, who performed in front of King Abdullah and Queen Rania.

Unlike many other countries in the region, Jordan practically lacks energy resources and spends one fifth of its revenues on oil and gas imports. Jordanians make up for that with knowledge and skills. Many have successful careers abroad, as teachers, specialists, and managers, including senior positions with international organizations. At home too, they are professionals and try to get things done by the book. I was impressed not only with academics, doctors and dentists, but also with technicians who were well informed about their trade; made the right diagnosis and the right repair; with reasonable charges, and official receipts.

Amman’s streets and alleys are meticulously named after members of the royal family and other dignitaries, historical figures, poets and writers, places – including Shiraz – and flowers. The names are written in beautiful calligraphy on plates prominently displayed on walls. But finding your way around the city is not easy. Many, perhaps most, people do not know the street names and would identify a residence or a business by its proximity to some well-known landmark. While Amman municipality tries to promote a map of the city, drivers with up-market cars say they’d rather rely on their GPS devices.

Without a map, or GPS, you’d need to ask the locals for directions. It is at this point that you’d notice a distinctive feature of Jordanian courtesy and helpfulness. Rather than tell you to take so many right and left turns, while seated behind his cash desk, a shopkeeper would invariably come out to point you in the right direction. If you’re driving and manage to ask another driver for directions, chances are that he will ask you to follow him at least part of the way and then stop to tell you how to complete your journey. You can also rely on the city’s 12,000 taxis, with relatively low fares, especially by the meters that most drivers run. If a taxi driver doesn’t know an address, he usually calls a friend who does.

Lebanon is still the food capital of the Arab world, perhaps with the exception of North Africa, and many restaurants in Jordan either have ‘Lebanon’ or ‘Beirut’ as part of their names, or are named after Lebanese icons, such as the singer Fairouz, or her musicals. Nonetheless, there are delicious Jordanian dishes, or at least Jordanian varieties of dishes also found in other parts of the region, such as mansaf, a lamb stew in yoghourt eaten with rice, and freekeh, or roasted and thrashed wheat, served with chicken.

A big Bedouin style restaurant in Amman, Reem Al-Bawadi, specializes in mansaf, while good mansaf and freekeh with chicken are served by the small Jabri chain, which also has pastries and an ice cream roll covered in ground pistachios. For excellent falafel, go to the small Cafeteria Al-Quds, on Rainbow Street, or to Hashem’s restaurant in the city center where you can also have hommos and ful (see photos 13 and 14).

Residents of a city tend to see its historical sites only when they have guests from abroad. I also saw some of Jordan’s best attractions – Petra, Wadi Rum, the Dead Sea and Jerash – briefly, with visiting friends. As a tourist, you’ll get to see much more than I did and I’m sure you’ll enjoy it.

In addition to history, check out Amman’s art scene, including the National Gallery of Fine Arts and Darat Al Funun, or The House of Arts, the area around which also hosts several smaller galleries and pottery and handicrafts workshops. The Royal Film Commission has regular film screenings, a good library, and a panoramic view of central Amman. A visit to Wild Jordan, part of the Royal Society for the Conservation of Nature, would be a good starting point to learn about Jordan’s biodiversity.

There is much more to say about Jordan, but much better than that would be for you to see Jordan for yourself >>> See photo essay