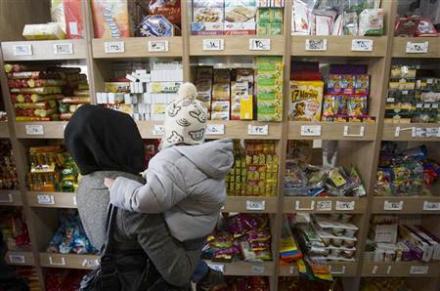 If this article were written to advise non-existing rational leaders of the White House and the U.S. Congress, my strong recommendation to them, at risk of being called naïve, would be that they should immediately announce that the U.S. has no plan of going to war against Iran and declare all sanctions are halted and negotiations over Iran’s nuclear program would begin. The reason for such an advice is that the present sanctions regime and further aggravation and possible war with Iran are utterly going against U.S. interests and credibility.

The on-going presidential and congressional campaign to pressure EU, Turkey, Japan, China and India to halt importing Iranian oil and related financial transactions is facing resistance by the importing companies and countries. For the United States to insist and pressure the Iran-oil importing countries would increasingly turn into a greater liability for the U.S. among what it frequently calls the “international community”. Last week Timothy Geithner, U. S. Treasury Secretary, has been launched to the capitals around the world to deliver the U.S.’s ultimatum to the governments of Spain and Italy that unless they immediately put a halt to Iranian oil imports, they would be risking U.S. trade and financial reprisals. Not uniformly, but more or less so far, they have been rejecting the implementation of an immediate halt.

According to Mure Dickies’s article in the January 13th issue of the Financial Times, “Turkey has said it is not bound by new oil sanctions against Iran.” Taner Yildiz, Turkey’s energy minister told reporters that his country did not consider itself covered by the latest EU and U.S. sanctions. He continued that “At the moment our imports continue and as of today there is no change in our road map.”

Even Turkey, a long time member of the NATO military alliance, which not too long ago was doing the U.S. bidding in the U.S.-NATO destruction and “regime change” in Libya and Washington’s plot of de-stabilizing Syria is not prepared in the case of Iran, a much larger and stronger country, to toe the line which may end up plunging this area into a regional war – one that may force Turkey into the firing line between U.S.-Israeli long and medium range missiles and Iran’s million-man para-military Basij, regular army and Revolutionary Guards, joined by Hezbollah of Lebanon, Shia Mahdi Army of Iraq and Hamas in Palestine, to say nothing about the Kurds.

In his visit with the Chinese leaders, Tim was even less successful. In a news briefing for reporters, Cui Tiankai, the vice foreign minister for U.S. relations, said that China supports global non-proliferation efforts, but trade is separate from the Iranian nuclear program. “The normal trade relations and energy cooperation between China and Iran have nothing to do with the nuclear issue. We should not mix issues of different nature, and China’s legitimate concerns and demands should be respected.” The Chinese vice foreign minister at one point noted that some people have tried to convince the international community that any normal business dealing with Iran provides financial support to that country and by extension help to its nuclear program. In rejecting that sort of reasoning, he said, “This argument does not hold water. According to this logic, if the Iranians have enough money to feed their population, then they have the ability to develop a nuclear program. If this is the case, should we also deny Iran the opportunity to feed its people?”

He added that Iran has the right to develop peaceful nuclear power. “This issue cannot be resolved by sanctions alone. It must fundamentally be solved through negotiation.”

As if rejection by Turkey and China was not enough, the U.S. Treasury Secretary then tried Japan, where the U.S., 67 years after WWII, still keeps 50,000 American troops that the Japanese people are forced to provide bases, financial and material supports to their own occupiers. Tim Geithner arrived in Tokyo on Thursday, January 13, 2012 with a lobbying mission to inform his Japanese counterpart that the U.S. Congress is planning to penalize the financial institutions that deal with Iran’s central bank, which clears oil payments. Japan imports 10 percent of its crude oil consumption from Iran and is the third largest buyer of Iranian oil after China and India.

A spokesperson of Japan’s trade ministry asserted that considering the large volume of oil imported from Iran, Japan’s ability to manage a sharp reduction is highly limited since urging companies to switch from Iranian crude oil has no legal foundation. In other words, the U.S. Congress can pass legislations but must not expect the people of Japan, at their own liabilities, to carry them out.

For Mr. Geithner, the situation in Italy and Spain was not more hospitable. In an interview with Le Figaro, Mr. Mario Monti, Italy’s prime minister, emphasized the significance of any reduction in the imports of Iranian oil on the Italian economy, and pointed out that 13 percent of Italy’s total annual imports of crude oil come from Iran, leaving it highly vulnerable to any supply shock. The prime minister demanded that any oil deliveries from Iran that are aimed at reimbursing billions of euros of debt which Iran owes to Italy’s national oil company be excluded from the ban agreed to by the European Union.

According to Ikuko Kurahone and Dmitry Zhdannikov of the International Business Times, Italian, Spanish and Greek companies have strangely extended most of their oil supply deals with Iran for the current year, which means the greater bulk of Iran’s supply to the European Union would reasonably be exempted from sanctions for at least the entire 2012. The financial market sources revealed that Italy’s Saras (SRS.MI), ERG (ERG.MI) Iplom, Greece’s Hellenic (HEPr.AT) as well as Spain’s Repsol (REP.MC) have either extended or have not cancelled exiting contracts with Iran for 2012. Some stock market traders told Reuter’s reporters that they have kept their 2-year deal with Iran. A trader working with an Italian company stated: “At the moment, it is business as usual…”

Given the fact that profit making is the main reason and motivation for exchange, it is not impossible to avoid and by-pass the imperialist’s road blocks. Apparently, the U.S. Congressmen and women and top officials of the Obama Administration who worked overtime on Section 1235 to slip the punitive sanctions resolution into the National Defense Authorization Act (NDAA), patting themselves on the back that they will soon tighten the noose around the neck of Iran and deny Iran the revenue from its natural resources and force them to either join the imperialist camp or collapse was more hallucination than a picture of reality. Their belief in Idealism and its embedded imperial arrogance prevents them from rational and scientific thinking, ignoring that their intended prey may be able to muster forces well beyond the imaginations of the masters sitting in Washington, Tel Aviv, Paris and London. That real force is the strength and willingness of the Iranian people to fight for their dignity and national sovereignty, and they are not alone in the world!

AUTHOR
Ardeshir Ommani is a writer on issues of war, peace, U.S. foreign policy and economic issues. He has two Masters Degrees in the fields of Political Economy and Mathematics Education. Contact Info: Ardeshiromm@optonline.net website: www.iranaifc.com