Frost: The Road Not Taken 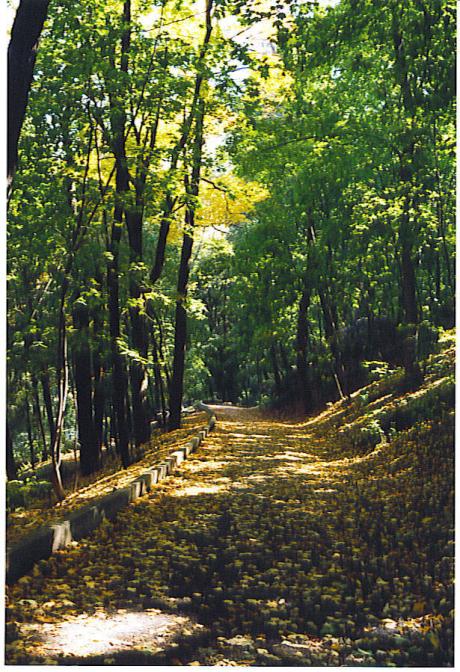 If I had a dime for every time I heard “The Road not Taken” by Frost recited as an inspirational, motivational poem, I would be very rich indeed. Years ago, someone wrote it for me inside the cover of a book she gave me as a gift. I thought about it for a long time, first happy and flattered, then wondering what she meant.

The poem is simple, easy to read, and beautiful, but I think this is a pessimistic, sad poem not a positive, uplifting one. The reason is his emphasis on both roads worn about the same, implying nothing distinct about one or the other, or lack of choice. How do you benefit in any way from choosing between two things that are basically the same? The other clue for me is the sigh at the end of the poem, if the choice is a glorious one, why saying “it has made all the difference” with a sigh? Unless, it hasn’t made any difference as there was no choice to begin with.

I wonder whether the person who wrote the poem for me knew what it meant or whether that was what she meant. I guess I shall be saying this with a sigh, ages and ages hence, that her intention has made all the difference!

Two roads diverged in a yellow wood,
And sorry I could not travel both
And be one traveler, long I stood
And looked down one as far as I could
To where it bent in the undergrowth;

Then took the other, as just as fair,
And having perhaps the better claim
Because it was grassy and wanted wear;
Though as for that, the passing there
Had worn them really about the same,

And both that morning equally lay
In leaves no step had trodden black.
Oh, I kept the first for another day!
Yet knowing how way leads on to way,
I doubted if I should ever come back.

I shall be telling this with a sigh
Somewhere ages and ages hence:
Two roads diverged in a wood, and I—
I took the one less traveled by,
And that has made all the difference.