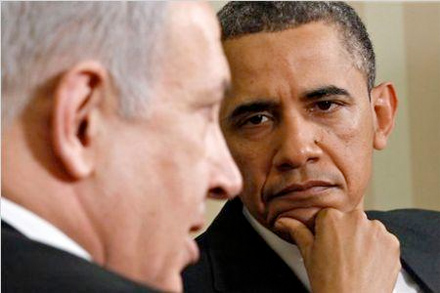 The radio superhero The Shadow had the power to “cloud men’s minds.” But nothing clouds men’s minds like anything that has to do with Jews or Israel. This year’s variation on that theme is the idea that Israel is about to attack Iran. Such a claim repeatedly appears in the media. Some have criticized Israel for attacking Iran and turning the Middle East into a cauldron of turmoil (not as if the region needs any help in that department) despite the fact that it hasn’t even happened.

On the surface, of course, there is apparent evidence for such a thesis. Israel has talked about attacking Iran and one can make a case for such an operation. Yet any serious consideration of this scenario — based on actual research and real analysis rather than what the uninformed assemble in their own heads or Israeli leaders sending a message to create a situation where an attack isn’t necessary — is this: It isn’t going to happen.

Indeed, the main leak from the Israeli government, by an ex-intelligence official who hates Prime Minister Benjamin Netanyahu, has been that the Israeli government already decided not to attack Iran. He says that he worries this might change in the future but there’s no hint that this has happened or will happen. Defense Minister Ehud Barak has publicly denied plans for an imminent attack as have other senior government officials.

Of course, one might joke that the fact that Israeli leaders talk about attacking Iran is the biggest proof that they aren’t about to do it. But Israel, like other countries, should be subject to rational analysis. Articles written by others are being spun as saying Israel is going to attack when that’s not what they are saying. I stand by my analysis and before December 31 we will see who was right. I’m not at all worried about stating very clearly that Israel is not going to go to war with Iran.

So why are Israelis talking about a potential attack on Iran’s nuclear facilities? Because that’s a good way – indeed, the only way Israel has — to pressure Western countries to work harder on the issue, to increase sanctions and diplomatic efforts. If one believes that somehow pushing Tehran into slowing down or stopping its nuclear weapons drive is the only alternative to war, that greatly concentrates policymakers’ minds. Personally, I don’t participate — consciously or as an instrument — in disinformation campaigns, even if they are for a good cause.

Regarding Ronen Bergman’s article in the New York Times, I think the answer is simple: Israeli leaders are not announcing that they are about to attack Iran. They are sending a message that the United States and Europe should act more decisively so that Israel does not feel the need to attack Iran in the future. That is a debate that can be held but it does not deal with a different issue: Is Israel about to attack Iran? The answer is “no.”

AUTHOR
Born in Washington, DC and living in Tel Aviv, Israel, Rubin has been a PJ Xpress blogger since April 2011, and was named Pajamas Media’s Middle East Editor the following September. He is presently a professor at the Interdisciplinary Center in Herzliya, Israel, the Director of the Global Research and International Affairs (GLORIA) Center, and a Senior Fellow at the International Policy Institute for Counterterrorism.