“The Origin of Species” Revisited! 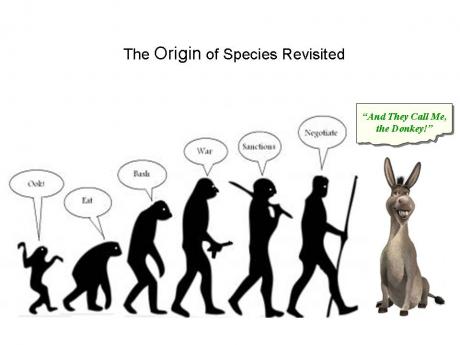 A Second Look at Ari’s “The Origin of Species Review”

Here is a rebuttal to Ari’s “The Origin of Species Review” (http://iranian.com/main/blog/ari-siletz/review…), and an alternative view on the Evolution Theory!

Negotiating with someone whose main aim is to defeat and destroy you goes against all the laws of nature no matter how wishful one is and, as Darwin put it so eloquently,

“as I wished it to be true; but alas a scientific man ought to have no wishes, no affections, — a mere heart of stone”

Or as a famous line by Tommy Lee Jones in a hostage situation in the movie “Fugitive” goes;