What is AIPAC planning? 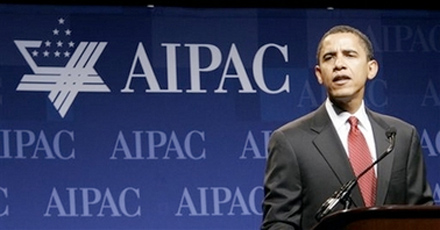 These are strange times for those of us who follow the debate about a possible war with Iran. It is clear that the Israeli government and its neoconservative camp followers here in the United States are increasing pressure on President Obama to either attack Iran or let Israel do it (in which case, we would be forced to join in). But the idea of another Middle East war is so outlandish that it seems inconceivable it could actually occur.

War enthusiasm will rise to a fever pitch by March, when AIPAC holds its annual policy conference. Prime Minister Binyamin Netanyahu will, if past example holds, bring the crowd of 10,000 to its feet by depicting Iran as the new Nazi Germany and by coming very close to stating that only war can stop these new Nazis. Other speakers will say the same. The few who mention the idea of diplomacy will be met by stony silence.

From the convention center, 10,000 delegates will be dispatched to Capitol Hill with two or three “asks” for Members of Congress. One will, no doubt, be that “containment” of a nuclearized Iran be ruled off the table (leaving war as the only remaining option should Iran get the bomb). Another will likely be that the U.S. stop all dealings with the Palestinian Authority should Hamas and Fatah permanently reconcile. A third could apply either to Iran or Palestine and will, no doubt, demand fealty to whatever Netanyahu’s policy of the moment happens to be. I’ve sat in those meetings where the AIPAC “asks” are developed and it was always clear that the substance didn’t matter all that much.

The goal of the “asks” is ensuring that Congress follow the script. Invariably at least one of these AIPAC goals will be put into legislative language and quickly pass both chambers of Congress. In fact, usually the “ask” is already in legislative form, so that the AIPAC citizen lobbyists can simply demand that their legislators sign on as co-sponsors (if they haven’t already done so). Once the AIPAC bill has the requisite number of co-sponsors, the House and Senate leadership brings it to the floor where it passes with few dissenters.

All hell breaks loose if a member of Congress objects.

One Member of Congress has actually described what happened when she voted no on an AIPAC “ask.” Rep. Betty McCollum (D-MN) refused to support a bill (opposed by the State Department) that would have essentially banned all U.S. contacts with Palestinians. AIPAC was not pleased with her recalcitrance.

In a letter to AIPAC executive director, Howard Kohr, McCollum described what happened next. In short, she was threatened by an AIPAC official from her district, called a terrorist supporter and warned that her behavior “would not be tolerated.” In response, McCollum told AIPAC not to come near her office again until it apologized.

McCollum was not, of course, the only legislator threatened that way. She is, however, the only one in memory who went public.

As one who worked on Capitol Hill for 20 years, I know that many, if not most, legislators who vote with AIPAC complain about its strong-arm tactics — but only in private. In fact, some of the most zealous defenders of Netanyahu and faithful devotees of the lobby complain most of all. Among staff, AIPAC’s arrival in their offices during the conference is a source of dread. Hill staff, much like legislators themselves, like to think they are perhaps a little important. AIPAC eliminates that illusion. Although AIPAC calls its requests “asks,” they are, in fact, “tells” and “no” is not a permissible response. (Staffers who like AIPAC, and there are a few, tend to work with it hand-in-glove which is how AIPAC invariably knows what is going on even before the elected representatives do).

Despite all this, I do not think that either Netanyahu or his lobby is all that eager to go to war. After all, Israel’s intelligence community opposes it for a host of reasons starting with the fact that it would not eliminate Iran’s nuclear program. There is also the fear that Iran’s Hezbollah allies in Lebanon, on Israel’s northern border, have tens of thousands of missiles that they can let fly if Iran is attacked. Above all is the understanding that no one knows if an attack would make Israel safer or threaten its very existence.

So here’s a theory. Netanyahu and his camp followers here do not really want a war now. They just want it understood that they can dictate whether there is one or not. And when. In other words, they want to show who is boss (it’s not like we don’t know).

As for Obama, he may just be playing along with Netanyahu and AIPAC because he understands their strategy. Perhaps he knows that it isn’t war they want but the illusion of control.

Only, it’s not an illusion. And it certainly won’t be if Netanyahu gets the president he wants in November, a Republican who will fight the war Netanyahu wants but isn’t eager to fight himself. Surely Mitt or Rick or Newt will do it for him.

AUTHOR
M.J. Rosenberg is Senior Foreign Policy Fellow at Media Matters Action Network. Previously, he worked on Capitol Hill for various Democratic members of the House and Senate for 15 years. He was also a Clinton political appointee at USAID. In the early 1980s, he was editor of AIPACs weekly newsletter Near East Report. From 1998-2009, he was director of policy at Israel Policy Forum.

PrevPreviousPogrom
NextAn Island in the Heart of the Great TehranNext