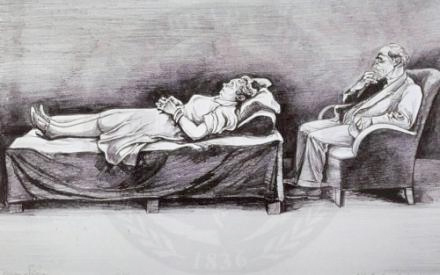 A look at the map of the world and we see that 32 countries recognition of the state of Israel vs. 164 against or undecided. This imbalance has brought about the cause for the lack of security in state of Israel, in reality state of Israel finds itself to be the “ILLEGITIMATE” child of mother nations rejected by the majority of the family members and turning soon to be 61 years of age, the age factor here may not be a handicap since family members of 3000 to 10000 years old still live and they wield heavy clubs as far as legitimacy is concerned.

State of Israel currently suffers from Arab phobia, Palestinian phobia, Iran phobia, legitimacy phobia and a string of other phobias which clinically has paralysed its way of thinking and has made it more aggressive in its behaviour and rhetoric’s. the people in charge of the government apparatus are not robots, but human and because of that they are not immune from psychoanalysis, and any decision taking reflects the mood and condition of the subject.

To understand the condition we need to take a look at the Freud’s definition of phobia, Freud explains that “The psychoanalytic theory of phobias is based largely on the theories of repression and displacement“.

It is believed that phobias are the product of unresolved conflicts between the id and the superego. Psychoanalysts generally believe that the conflict originated in childhood, and was either repressed or displaced onto the feared object. The object of the phobia is not the original source of the anxiety.

So if the object of the phobia in Israel is not the original source of the anxiety, then what is?

The source of anxiety most probably lies within the history of the Jewish nation and hardly relates to the object which is the current adversaries surrounding the country. After the initial skirmishes between the Arabs and the Jews, the French handed over a full package of Nuclear know how and installations currently referred to as “Dimona” nuclear station along with full blue print of Nuclear weapons manufacturing, and not to forget the constant shipment of Fissile material including Uranium yellow cakes, since the material is none existence in the occupied territories of Palestine.

Armed to the teeth, and supported by a BULLYBOY is not bringing about security and harmony that the state of Israel requires. so what is the answer to this PHOBIA. we need to refer back to the Freud’s recommendation for the patient.

Freud recommends that “Psychoanalytic treatment involves exploring the organization of the personality and reorganizing it in a way that addresses deep conflicts and defences. According to the principles of psychoanalysis, curing the phobia is only possible by rooting out and solving the original conflict”.

The conflict in this instance is historical which has shaped the minds and thoughts of Jewish culture throughout the history, in reality it is the Patient “Jewish entity”, which is at conflict with itself, and the result of such “conflict” is protracted to others as means of self denial, for example: part of the Jewish community in Israel believe that “the return of messiah is only possible if they build the temple on the current site that Muslim Al AGHSA mosque stays, and the other Jewish community believes that” the temple will be built by messiah

on his return”. The first group intimidate and challenge the Muslim world through their way of thinking while the other shows tolerance, in fact there is no collective agreement on the subject. And now let’s take the element of religion out of the subject and what we are left with is a Zionist state, somewhat comparable to the rule of Pahlavi dynasty in Iran aiming for modernisation, and neglecting the religious community, with the difference that Iran is a permanent ADDRESS and Israel remains a POSTBOX.

Zionism emerged in the late 19th century in response to the violent persecution of Jews in Eastern Europe, anti-Semitism in Western Europe. Modern Zionism fused the ancient Jewish biblical and historical ties to the ancestral homeland with the modern concept of nationalism into a vision of establishing a modern Jewish state in the land of Israel. The Zionist state of Israel is in conflict with the Jewish beliefs and practices, even as mentioned there are conflicts between the religious Jews within the Zionist state too.

With such anxiety and phobia, state of Israel will try to protract power well beyond its borders seeking security rather than consolidating its present borders through negotiations, this behaviour projects danger and uncertainty well away from its borders therefore, increasing the fear of conflicts within the immediate nations.

Power through strong economy and self sufficiency is recognised and respected but through club wielding and projecting military power is resented and is self defeating, Israel needs to take a deep look at USA and its military adventurism in Vietnam, Iraq and Afghanistan to find that out, colonialism in the shape of land grabbing is a bygone history, colonialism today takes shape in Economics and commerce of other countries.

Finally to overcome the disease, Israel needs to take a good look at its own history and others, stop settlement building as this creates hate and resentment, sit and talk constructively with its future in mind, settle the Palestinian issue and stretch hand of friendship to all its adversaries, like Anvar Sadat did to bring peace to his land.

I hope that the session is over and there wont be any need for psychotic drugs.