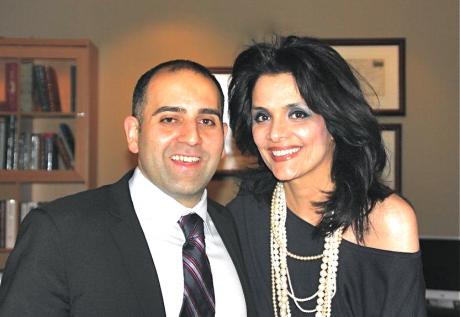 An Update for you on MILAD FOR CONGRESS – Milad is a Progressive Iranian-American running as a Democrat in the MD-6th Primary April 3rd. I met him at a recent fundraiser and was immensely impressed. As a Doctor, he is the only non-lawyer running in this race. Here’s a chance for the Iranian-American community to have a different “face” associated with the term “IRAN” or “Iranian-American.” Milad is also an ex-US Airforce guy – all at the ripe age of 35! Thank you! Afsaneh Mirfendereski, Chevy Chase, MD – USA.

DONATE: You can donate from anywhere in the US. $$$ is important for TV Ads etc. etc.

Milad is running as a Democrat. To be able to vote in the Democratic primary, on April 3, you have to be registered to vote as a Democrat. If you are not registered as a Democrat (or if you are not registered to vote), you can contact the MD State Board of Elections to change your party affiliation or register to vote. Visit http://www.elections.state.md.us/voter_registration/documents/2011_English_Internet_VRA.pdf . Please remember that the deadline for changing party affiliation in the upcoming Primary election is Tuesday, March 13, 2012.

If you are part of District 6, are registered as Democrat and want to vote for Milad, you can:

1. vote absentee (you need to request an absentee ballot by printing a form, and mailing or faxing it in. The form is available athttp://www.elections.state.md.us/voting/documents/2012_Absentee_Ballot_Application_English.pdf . This is very convenient if you can not make it to the polls on April 3. Many of you may be out of town or even out of the country around Nowruz. Please get an absentee ballot and cast your vote beforehand.

Turnout for primary contest are generally low. A few votes can tilt the results one way or another; there have been primary elections that have been decided by 10 or less votes. Your vote for Milad could be the decisive vote.