Thou Shall Not Attack Nuclear Sites 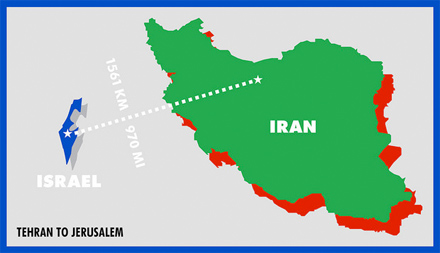 In 1977, a French company built for Iraq an above-ground light-water nuclear materials testing research reactor at Al Tuwaitha (“Osirak facility”), some eleven miles southeast of Baghdad. During the Iran-Iraq War (1980-1988), in September 1980, two Iranian warplanes attacked and damaged the facility. This constituted the world’s first attack on a nuclear site; it was also the first instance of a “preemptive” attack on a nuclear site arguably to forestall the suspected development of a nuclear weapon. However, France repaired the reactor.

On 7 June 1981, Israel conducted an air attack on the same facility based on the fear that Iraq would use the nuclear fuel for and from the reactor to produce weapons. The Operation Babylon was launched from Etzion Airbase, with eight F-16 multi-role fighters and six F-15 escorts. Ten Iraqi soldiers and one French civilian were killed in the bombing. In March and again November 1984, the Iraqi planes attacked Iran’s nuclear power plant at Bushehr.

When tensions in the Persian Gulf region flared up because of Iraq’s occupation of Kuwait, beginning in August 1990, Iraq put its nuclear program into high gear in order to create a weapon by using radioactive fuel. On 17 January 1991, the United Nations’ coalition forces struck the facility in order to halt the weapons program. Three days into Operation Desert Storm air raids, 56 F-l6s attacked the facility, followed three days later with more raids with F117s. The facility, one of Iraq’s most fortified targets, was not fully destroyed until another raid, when 48 F-l6s targeted the facility seven more times for over a month, along with 17 F-l11s weeks later. After a total of nineteen days of strikes, the U.S. Defense Intelligence Agency declared the site to have been rendered severely degraded. This massive effort at the destruction of Osirak facility resulted in degradation, not elimination of the site. An Israeli aerial attack on Iran’s underground facilities from a thousand miles away – with flyover rights issues and refueling complications – has no guarantee of success. One cannot therefore rule out an Israeli missile attack on Iranian sites launched from land or the sea.

Neither the Iranian strike on Osirak in 1980 nor the coalition attack on the facility teased a rebuke from the international community. In fact, the Iraqi attacks on Bushehr in 1984 also failed to receive the opprobrium of the international community. Nor did the U.N. Security Council condemn Israel’s attack on Syria’s suspected nuclear facility al-Kibar on 6 September 2007: Only the head of the IAEA criticized the raid – saying that to bomb first and ask questions later – undermined the system and it did not lead to any solution to any suspicion.

The Israeli attack on Osirak facility was a different story, however. At the time Israel had claimed that it attacked the facility in self-defense, and that the reactor had less than a month to go before it might have become critical. On 19 June 1981, the United Nations Security Council, in resolution S/RES/487 (1981), noted that according to the International Atomic Energy Agency, Iraq was in compliance with all IAEA safeguards. It noted also with deep concern the danger to international peace and security created by the premeditated Israeli air attack on Iraqi nuclear installations, which could have at any time exploded the situation in the area, with grave consequences for the vital interests of all States. The resolution strongly condemned the military attack by Israel in clear violation of the Charter of the United Nations and the norms of international conduct; called upon Israel to refrain in the future from any such acts or threats thereof; called upon Israel urgently to place its nuclear facilities under IAEA safeguards; and considered that that Iraq was entitled to appropriate redress for the destruction it had suffered, responsibility for which had been acknowledged by Israel. Here is the text of the resolution in full:

Fully aware of the fact that Iraq has been a party to the Treaty on the Non-Proliferation of Nuclear Weapons since it came into force in 1970, that in accordance with that Treaty Iraq has accepted IAEA safeguards on all its nuclear activities, and that the Agency has testified that these safeguards have been satisfactorily applied to date,

Noting furthermore that Israel has not adhered to the non-proliferation Treaty,

Deeply concerned about the danger to international peace and security created by the premeditated Israeli air attack on Iraqi nuclear installations on 7 June 1981, which could at any time explode the situation in the area, with grave consequences for the vital interests of all States,

Considering that, under the terms of Article 2, paragraph 4, of the Charter of the United Nations: “All Members shall refrain in their international relations from the threat or use of force against the territorial integrity or political independence of any State, or in any other manner inconsistent with the purposes of the United Nations,

1. Strongly condemns the military attack by Israel in clear violation of the Charter of the United Nations and the norms of international conduct;

2. Calls upon Israel to refrain in the future from any such acts or threats thereof;

3. Further considers that the said attack constitutes a serious threat to the entire IAEA safeguards regime which is the foundation of the non-proliferation Treaty;

4. Fully recognizes the inalienable sovereign right of Iraq, and all other States, especially the developing countries, to establish programmes of technological and nuclear development to develop their economy and industry for peaceful purposes in accordance with their present and future needs and consistent with the internationally accepted objectives of preventing nuclear-weapons proliferation;

5. Calls upon Israel urgently to place its nuclear facilities under IAEA safeguards;

6. Considers that Iraq is entitled to appropriate redress for the destruction it has suffered, responsibility for which has been acknowledged by Israel;

7. Requests the Secretary-General to keep the Security Council regularly informed of the implementation of this resolution.

Of the points made in the resolution – three bear discussion as they apply with equal vigor to the present situation:

1. Condemnation of the military attack by Israel in clear violation of the Charter of the United Nations and the norms of international conduct. Only the United Nations has the legal power to order use of force against a member State. To reach that point, there is apolitical process that must be exhausted first – in this through the IAEA and then the Security Council. The notion that the inability of the Security Council to authorize a forcible cessation of Iranian nuclear activity – because of Chinese or Russian veto – does not give Israel the alternative to act unilaterally unless an armed attack is occurred by Iran on Israel (under article 51 of the UN Charter) or there is a case in which the necessity of self-defense is instant, overwhelming and leaving no choice of means and no moment for deliberation (under customary international law of preemptive self-defense). The requirements of neither of these two exceptions have been met in order to justify an Israeli attack on Iran. Paranoia is not cause to war.

2. U.N. Security Council’s calls upon Israel to refrain in the future from any such acts or threats thereof. This is an injunction against Israel by the Security Council of the United Nations to refrain in the future from any such acts of threats. The reason for this provision is clear – such acts are capable of generating radioactive fallout, collateral damage to civilians, and unnecessary destruction and suffering. But the preamble of the resolution cautions that the premeditated Israeli attack on nuclear site endangers international peace and security, “which could at any time explode the situation in the area, with grave consequences for the vital interests of all States.” Therefore, the premeditated Israeli threat or actual attack on Iranian facilities is a threat to international peace and security: therefore, Israel is already under an injunction by the Security Council not to attack nuclear sites – in Iraq, Iran or elsewhere for that matter.

3. U.N. Security Council’s calls upon Israel urgently to place its nuclear facilities under IAEA safeguards. Israel has not; while Iran is a member of the non-proliferation treaty and has adopted and accepted IAEA safeguards, cameras, and some level of inspection of its nuclear facilities. This recent mission by the IAEA was bound to fail because given the level belligerency toward Iran by the United States and Israel there was no sense in letting the representatives of an organization under Western influence to visit with Iranian nuclear scientists (whom the some can identify for termination with extreme prejudice), or visit and take measure of Iran’s missile technology, a component of conventional warfare.

If the nuclear issue was not bad enough – as to Israel – the recent rise in the price of oil in the United States surely would underwrite the popular support for war against Iran on its own merit. It is a declared policy of the United States to see to it that Persian Gulf oil flows uninterrupted and at reasonable prices to pumps in the Western world.