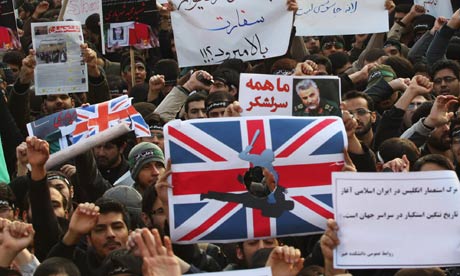 There has been a lot of contemplations, contingency plans, and predictions circulating around “Iranian Expert” and intelligence communities “leaking” to the public domain on what Iran’s response will be to various possible military strikes on her interests. They even have made video games eh!

Today, on NPR I was listening to a program analyzing the Japanese response at the time to the recent tsunami disaster affecting triple nuclear meltdown. The core of the story was that everything went wrong and nothing was working and they had to open the emergency response instruction manual book for their situation and to spare you the details they found that there was nothing in their book that would exactly foreseen the shit there were in.

Having a manual or not is the question. As I have said many times before, there are three schools of managements in the world, American philosophy, which revolves around individualism, Japanese one, which is anchored on team and group work, and Iranian school of Hay-ati management.

One might think that Hay-ati philosophy could be a derivation of the Japanese thoughts. The answer is both yes and no with a small difference. Iranians don’t have an emergency manual book. We are the people of minute 90. We got to see shit in order to see how to contain it but, oh boy how magnificent and fantastic we turn out to be in those situations.

So don’t waste your time on what’s going to happen if this happens. Nobody knows, even the people who are supposed to respond to the situation know that. But since you’ve been a good reader I try to entertain a few scenarios:

Israel with her allies attacks Iran and devastates Iranian infrastructures from military installations to hydro power plants to factories to roads, bridges, and so on but since this will not uproot the radical regime they decide to step in and invade the soil progressing towards Tehran to be there in 48 hours, and … wait a minute…didn’t this just happen in 1980s?

Ok, another scenario, you just Napalm bomb the entire country, use several A-bombs on the major cities then get in and massacre everyone leaving no animated creatures behind killing even dogs and cats and make minarets from the heads of people and…wait a minute…didn’t this happen around 1200’s?

Well, it seems I’m running out of creative ideas so I let my readers to come up with their own scenarios and see how creative they can get.