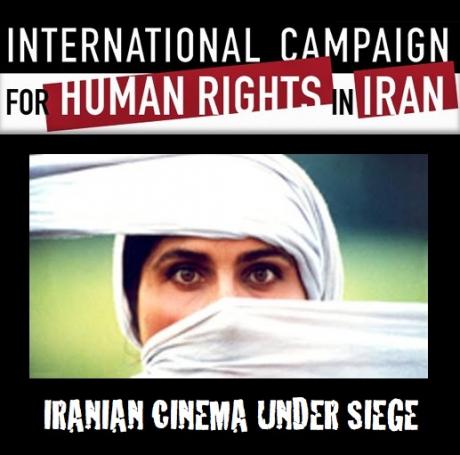 The International Campaign for Human Rights in Iran has released a short video highlighting the plight of Iranian cinema.

The International Campaign for Human Rights in Iran has released a short video highlighting the plight of Iranian cinema. The video, “Iranian Cinema Under Siege” features Richard Peña, the director of the New York Film Festival, and Hamid Dabashi, professor at Columbia University, who discuss the extent of the government’s repression of Iranian filmmakers. Footage of prominent Iranian filmmakers Bahman Farmanara and Jafar Panahi, who is currently under house arrest, details the ongoing effect of this repression.  The recent Academy Award for the Iranian film “A Separation” has once again put Iranian cinema in the spotlight for its original and innovative storytelling and reflection of daily societal issues. This international acclaim comes at the same time as the Iranian government continues its increased targeting and persecution of Iranian actors and filmmakers.  Members of Iran’s independent film industry face enormous pressure from the government simply for pursuing their career. The Iranian government sees independent filmmakers who stray from the official narrative and strive for an honest portrayal of Iranian society as a threat.  Right now, as the world is once again noticing Iranian cinema, this video calls attention to the situation inside Iran. The video calls for the Iranian government to let filmmakers and artists continue their work without the interference of authorities that see the film industry as an extension of their propaganda machinery, something many Iranian artists refuse to be.