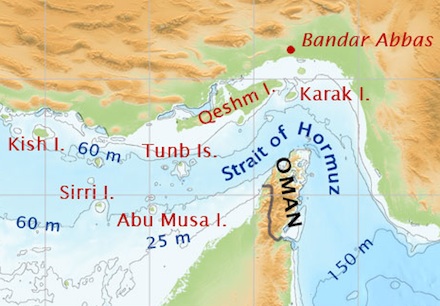 The announcement on Tuesday 17th April by the United States expressing sympathy with the United Arab Emirates and in support of a negotiated settlement between Iran and the government of that Persian Gulf state over the three so called disputed islands is a dangerous step with drastic ramifications for the future relationship between the Iranian nation and the United States. It is not as Americans might think a measure taken against an unpopular tyrannical regime, but a slap in the face and a rude awakening for a nation who receives regular messages of goodwill from the President of the United States.  It makes a mockery of Obama’s insistence that his quarrel is only with the government of the Islamic Republic and not with the Iranian people. By declaring that Iranian territorial integrity is negotiable, Americans are proving that they do not mean what they say and in their foreign policy they do not distinguish between the interests of Iran  as a  country and its ruling establishment.

Here I do not wish to cite cultural and historical evidence to prove how Greater and the Lesser Tunb and Abu Musa are an inalienable part of Iran’s national territory. Many scholarly works have been written on this topic and the evidence for Iranian sovereignty over these Islands is irrefutable. They have been part of the Iranian historical and political landscape since time immemorial. Their roots are as deep as Persepolis and Ekbatana, going back to the time of the Medes, Achaemenid, Parthian and Sassanid Empires. They were occupied by the British for nearly seventy years during which various Iranian governments reiterated their territorial rights over these islands and made many official complaints regarding their occupation. In 1971, based on an agreement between Britain and Iran, the Islands were returned to Iranian sovereignty. Claims of the UAE whose history of fledgling existence is merely 40 years, over these Iranian islands are insupportable and outrageous.

What is even more offensive is that the United States is using these Iranian islands as pawns in its strife with the clerical government. In its sabre rattling with the mullahs, contrary to what it has repeatedly professed , the United States has not shown any sign of differentiating between Iranian people’s interests and the challenge posed by the Islamic Republic. Moreover, it is sowing the seeds of animosity with all Iranians, friends and foes alike. A government that over the years in the United Nations has repeatedly vetoed resolutions demanding that Israel cease all settlement activities in the Occupied Palestinian Territory has the temerity to all of a sudden call for the claims of the United Arab Emirates over the three Iranian islands to be brought before the International Court of Justice.

Hearing about the training of MKO terrorists at a secret site in Nevada or covert American activities in arming Kurdish and Baluch separatists and now the news of backing UAE over its bogus claim over Iranian territory, there is no way that any Iranian with a modicum of common sense would be able to convince herself or himself that America is a bosom friend of Iranians and only endeavours to undermine the fanatical ruler of their country.

The threat to Iran’s territorial integrity is so unprecedented that even an ardent pro-Western Iranian political activist like the late Daryoush Homayoun warned against American and Israeli involvement in providing help to groups that aim to break up Iran and divide it into many parts. In his last recorded interview with Faramarz Forouzandeh just before his death in 2011, Homayoun said: “I always thought Israel was a friend of Iran and it saddens me to see that it is fostering and supporting groups that aim at the disintegration of our country.”

The dilemma faced by any Iranian nationalists today is that they are caught between the devil and the deep blue sea. On the one hand they are facing a repressive dictatorship which drains their national vitality and tramples on the human rights of the citizens, and on the other hand an opposition which within the country is brutally repressed and outside the country has been mainly reduced to an instrument of foreign powers and a comprador bourgeoisie in training. How can Iranian activists living and receiving support from the United States keep their loyalty to Iran while hobnobbing with a power that thinks the cities and borders of their homeland are dispensable and subject to negotiation? How can they in good conscience go around posing for photos and attending press conferences with senators and dignitaries of such a country and at the same time posture as redeemers of the Iranian future and inspiration of its youth?

Daryoush Homayoun was not a person who would use his words thoughtlessly and in the aforementioned interview he declares that if he would be forced to choose between an Iran that is whole and united under the mullahs and a disintegrated one divided across ethnic lines, he would choose the former option. The United States of America with its wrong-headed and disingenuous policy that only results in alienating the majority of Iranians is playing right into the hands of the mullahs and forcing all Iranians to rally behind a corrupt and tyrannical government in order to save their country from disintegration.

Unfortunately it is left to the likes of Mr Rafsanjani, with his abominable record to don the garment of Iranian nationalism and declare: “Those wishing to separate the three Persian Gulf islands from our homeland have to pass through a sea of blood.” How many of our so-called Iranian activists abroad have the gumption to jeopardise their bread and butter and tell their American hosts that Iranian territorial integrity is not on the table? Unfortunately not many; and ergo the perpetual attitudinizing of the regime as the only viable option for those Iranians interested in protecting the intactness of their country’s borders and totality of their homeland.