A Son’s Rage Then, A Daughter’s Rage Now 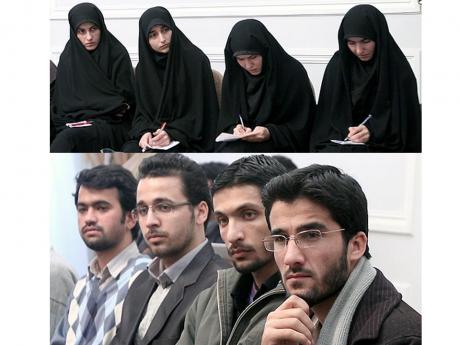 Can a woman-led Regime change movement against the Islamic Republic succeed without wide-spread violence?

Back in the late 70’s both on the streets of Iran and on the US and European college campuses where you could hear the chants of “Marg bar Shah” or “Down with the Shah”, the majority of the participants were young Iranian men. Of course there were women there as well as and in Evin Prison too, but by and large the movement was driven by the rage of the younger men against their father figures.

In contrast, in the 2009 street protests that followed the fraudulent presidential elections women were well-represented and the symbol of the uprising was a woman, Neda Soltani. In almost every picture or video clip of the protests you see the Regime thugs attacking women clearly showing the women’s prominent role in the current opposition to the Regime. That was not the case back in the late 70’s.

Men, as articulated in the story of Rostam and Sohrab ultimately settle hostilities through violence. They kill or get killed. They get bravery from the pack and stand in front of the tanks, as futile as it sounds.

Women on the other hand deal with adversity differently. They generally absorb more abuse than men. They try to reason with their abusers and through love and kindness change him. And finally when they realize that the situation is hopeless they leave. They take revenge emotionally and not physically. They try to hurt his feelings by depriving him of her goodness.

In today’s Iran women are no longer protesting on the streets. They have taken their anger inside. They do not obey their oppressors. They defy Islamic laws and teachings and as Golshifteh Farahani and others demonstrated through baring their bodies, they refuse obedience and bring shame on their oppressors.

Now, what I am not at all certain about is this. Does a woman’s way of dealing with oppression and abuse yield the desired result against a Regime that is hell bent on staying in power and deaf to the demands of its daughters?