If Arizona gets its way 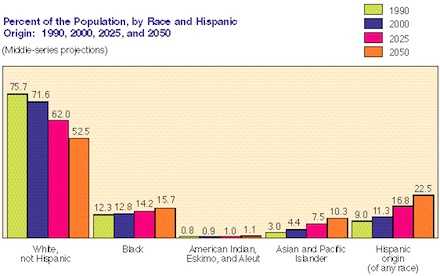 Two years ago Gov. Jan Brewer signed Arizona’s landmark immigration bill into law, Senate Bill 1070, which expanded the powers of state police officers by allowing them to ask about the immigration status of anyone they stop, and to hold those suspected of being illegal immigrants. Today, the U.S Supreme Court will hear the case challenging Senate Bill 1070, Arizona’s foray into the regulation of Immigration.[1] On its face, the Arizona Immigration Law case seems like a Civil Rights case involving the rights and liberties of minorities that may be profiled as “illegal immigrants.” The Case is actually more of a Federal Supremacy case with back door civil rights implications. State enactment of Immigration laws have far reaching federalism implications as the control of a nations borders has historically been an element of sovereignty and therefore within the province of the Federal Government.

The history of the Supreme Court has been, (whether through the Supremacy Clause or the Commerce Clause) to, above all else, maintain the power of the Federal Government as supreme, “plenary” and “pervasive.” In short, the federal government’s powers have been beyond question. However, almost simultaneously with the election of a minority U.S. President, a new era of the Supreme Court has been ushered in. An era of erosion of the powers of the United States Government in favor of a more Balkanized and fractured era of state and local empowerment. As indicated by the above statistics prepared by the U.S. Census Bureau, the tide of the ethnic makeup of the Nation is clear.

The question presented is whether the new Supreme Court era is mere philosophical coincidence or whether it is an apparatus to maintain political and other power and control by the majority.

The Constitutional provision that creates this conflict is Article IV, Clause 2, the Supremacy Clause. It states:

The Supreme Court has reiterated that “Congress may indicate pre-emptive intent” in two ways: “through a statute’s express language or through its structure and purpose. Altria Group v. Good, 555 U.S. 70 (2008).

(iii) Field preemption prohibits state action when a statute, or series of statutes, practically “occupies the entire field.” Rice v. Santa Fe Elevator Corp. 331 U.S. 218 (1947) This most resembles the field of Immigration, which has a vast and complex federal statutory scheme as well as its own agency, precedent and procedures and judiciary with a rich history and jurisprudence. These federal immigration laws occupy and permeate every aspect of the field of immigration law.

If one simply goes by the precedent and the sacred concept of stare decisis, the Arizona Statute should be preempted. The federal law on this clearly occupies the field. However, the fear is that the Court will disregard its years of sacrosanct precedent and engage in intellectual gymnastics which some fear would be intended to protect the demographic majority from the surging tide of ethnicity inevitably sweeping the completion of the Nation over the not so distant future.

Mainstream debate and the November Elections

Pro: The law is necessary because the federal government has failed to control illegal immigration into the country. Arizona had to act to protect its security and expenses of educating and caring for “illegal immigrants.”

Con: The law unfairly criminalizes law-abiding people, calls for racial profiling of minorities legally in the country and allows states to step on the federal government’s toes in the complex and plenary field of federal immigration policy.

The ruling will touch upon the daily lives of not only the nation’s 11 million ‘illegal’ immigrants but also upon anyone who may “appear to be an immigrant.”[2] This case may very well be the most polarizing case in years. The decision will not only potentially transform the nation’s immigration policies and the power of the federal government vis-à-vis the States, but will also no doubt affect the outcome of the November presidential election.

Specifically, approximately 12 million Hispanics are expected to vote in the November elections.[3] Obama’s immigration administration has set records each year for the number of people it deports — almost 400,000 last year.[4] Focused deportation efforts on illegal immigrants who are convicted criminals have resulted in the highest percentage of deportees having criminal records last year (about 55%) in the last decade.[5] Mitt Romney has embraced the Arizona-inspired idea of making life so difficult for illegal immigrants that they choose to “self-deport” Governor Romney actually called this a “model” for the entire nation.[6] A victory on either side will no doubt cause a massive mobilization of the loosing side in the November election.

Summary of the Portions of the Arizona Law Under Review The four sections of Arizona’s SB 1070 that have been enjoined by the lower federal courts and are under review are: (i) requires state and local police to perform roadside immigration checks of people they’ve stopped or detained if a “reasonable suspicion” exists they are in the country illegally. (ii) Making it a state crime for illegal immigrants not to possess their federal registration cards. (iii) Making it a state crime for illegal immigrants to work, apply for work or solicit work in any way, including making a “gesture or nod” indicating they are looking for work; and (iv) allowing state and local police to arrest illegal immigrants without a warrant when probable cause exists that they committed “any public offense that makes the person removable from the United States.” An Added Wrinkle Justice Elena Kagan recused herself from the case as she was President Barack Obama’s Solicitor General and had no doubt worked on this issue at its inception. Although some are placing a positive procedural spin[7] on this recusal, the absence of Justice Kagan is clearly a big loss to the side challenging the Arizona Law.

Other States – Draconian Cloud of Fear for Immigrants

The Arizona law’s stated goal for the roughly 400,000 illegal immigrants living in Arizona is “attrition through enforcement” and aims to “discourage and deter the unlawful entry and presence of aliens.”[8] The aim is to make life so hard as to cause people to “self-deport.” Id. Its working.

Civil rights organizations are up in arms.[9] For the most recent information and updates straight from the Supreme Court you may go to the Center for American Progress homepage, www.vigilforjustice.org has local events in your area and here’s an interactive map chronicling how this decision will affect other states.

The portions of the Arizona law that were not enjoined and are being enforced have already created an atmosphere of oppression for immigrants in Arizona.[10] In fact for the first time since the great depression, “… more Mexicans leave the U.S. than have entered.”[11]

In its brief submitted to the supreme court the U.S state: “As the Framers understood, it is the National Government that has ultimate responsibility to regulate the treatment of aliens while on American soil, because it is the Nation as a whole — not any single State — that must respond to the international consequences of such treatment,” In essence the government argues that it would be a nightmare scenario to have 51 different, disjointed immigration policies instead on one unified national policy.

The Supreme Court ruling in De Canas v. Bica (1976), upheld a California law that created criminal sanctions against state Chamber of Commerce v. Whiting (2011), allowing state restrictions upon business licenses for companies that knowingly hired illegal immigrants. Therefore, Arizona will argue that the Court should allow state promulgation of immigration law where there is no direct conflict with Federal law.

If Arizona gets its way, the concern of many is that the result will be a patchwork of piecemeal legislation, inconsistent across the nation. Causing not only problems with predictability of what the law is depending on what mile-marker one has crossed on the map, but the greater concern of a Nation not having a unified foreign policy in the realm of international relations.

AUTHOR
Afshin P. Pishevar has been a trial attorney for 20 years. He has handled numerous significant, high-profile cases and been quoted in hundreds of news reports on television, articles, on the web and radio. Thousands of people and corporations have come to rely on his advise and representations in important matters >>>

[1] A Decision is expected in June which may change the entire landscape and consistency of United States Immigration Policy.

[7] Some argue that the absence of J. Kagan leaves a potential for a 4-4 tie which would result in affirming the lower courts’ injunctions against the Arizona Law, therefore, defeating the law.