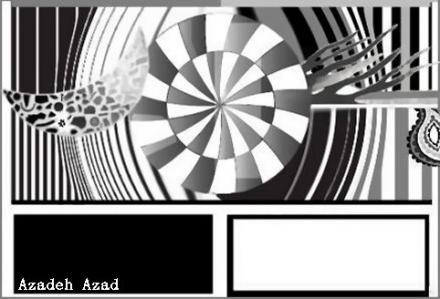 For a deeper understanding of the concept of gender, we need to get acquainted with theories that focus on the social and cultural construction of gender. These theories include Structuralism, Post-structural Theories and Semiotics of Gender, Gender as Performance and Performativity, Psychoanalysis, and psychological anthropology.

Structuralism is a method of analyzing a social phenomenon by contrasting the basic structures of that phenomenon in a system of binary opposition.   In this regard, it is the only constructionist theory that cannot encompass multiple femininities and masculinities.

This system argues that everything is coordinated into a hierarchical structure by the concept of the binary opposition. Meaning (a central coordinator of language, philosophy and culture) is established by the oppositional association that exists between various signs (such as light versus dark or good versus bad). Concepts and terms are either positive or negative without any flexibility for divergence, as in black and white, masculine and feminine.

The structuralism of anthropologist Claude Lévi-Strauss is a result of this outlook. It focuses on clarifying the universal structures that function in society and culture. In “The Elementary Structures of Kinship” (1), he claims that the patriarchal system goes back to the first sedentary, tribal societies where the incest taboo dictated a kinship structure ruled by the exchange of women. The development of these original societies was guaranteed by exchange of gifts with nearby tribes so that there would be friendship with the other clan and not animosity. For Lévi-Strauss, the greatest gift is the gift of a woman because a woman creates both a cordial and a kinship relationship. As men exchange women from father to husband, women exchange family name and tribal belonging (2). Such exchange becomes the foundation of a hierarchy where women are men’s property and positioned beneath them.

The problem with structuralism is that it discards the concepts of freedom and choice, merely emphasizing the way different social structures shape an individual’s experience, outlook and behaviour. As for the works of Lévi-Strauss, feminist anthropologists of the 1970’s criticised its theoretical approach and empirical contention by introducing the discursive category of ‘gender’. Gender was defined as the essential component of power relationships that are founded on apparent differences between the sexes (3). Actually since the 1980’s, “difference” and “power” have been the main elements of gender analysis in social and human sciences.

Feminist anthropologists criticized Claude Lévi-Strauss for generalizing the treatment of women as objects of exchange and the ideological justification of this oppression in certain societies, and suggesting that this situation is the foundation of all human societies. Karen Sacks and Eleanor Leacock (4) demonstrated that hunter-gatherer societies are egalitarian and in the absence of private property, men do not dominate women and do not treat them as commodities. In her essay, “”The Traffic in Women: Notes Toward a ‘Political Economy’ of Sex”(5), Gayle Rubin used the category of “sex/gender system” to rise above the structuralist dichotomy between economic system and sexual system in Lévi-Strauss’s work and to avoid reducing sexual relations to its procreative use. The sex/gender system requires ethnographic descriptions that would differentiate between social systems where women are exchanged for different reasons, offered as gifts, or given in marriage, or traded, or taken in battle. Rubin critiqued Lévi-Strauss for having overlooked these differences in his work.

Rubin examined the incest taboo in Lévi-Strauss’s work and realized that it is a taboo that also includes homosexuality and sameness, as its social function is to coordinate sexual desire based on differences. She also provided ethnographic observations that prove this taboo only depicts a male-centered ideology and is not universal: there are cases of certain New Guinea tribes where same-sex relationships are crucial for the creation of adult gender; other tribes, such as the Azande or the Dahomey, where same-sex marriage is permitted; and parts of India and North-American native tribes where customary transvestism is performed.

3. Post-structural Theories and Semiotics of Gender.

According to these theories, social and cultural activities lead to the construction of gender in conscious and unconscious ways. Post-structuralism discerns the multifaceted interactions of human agency with the “constraining nature of social structure” (7). This approach considers gender construction a process of “subjectification”, not socialization, which occurs through the existing discourses (8).

Semiotic analysis of gender is influenced by the post-structuralist social theory. Symbolism and people’s ways of understanding the world as well as popular culture and its impact on the world are essential parts of cultural studies. There are hundreds of studies on the imagery of bodies and the construction of femininity in visual arts such as photography and films. Complex and effective systems of imagery have been identified by feminist studies of beauty and fashion. Through this imagery, bodies are labelled as slender or fat, beautiful or ugly, and tens of body-related needs, such as fashionable clothing, cosmetics and diets, have been invented.

Foucault’s theory of body and power

In Michel Foucault’s analysis of the “disciplining” of bodies in modern age (9), all modern institutions are involved in the disciplining of bodies through techniques of observation, interview and control. The latest technologies of power and discipline bring bodies under control in more subtle details, producing “docile bodies”, standard for the capitalist economics and politics of the modern industrial age.  To construct docile bodies, to mould bodies into the “correct form,” the social institutions must be expert in a) regularly observing and documenting the bodies they control and b) supporting the internalization of the specific individuality of the controlled bodies.

Although Foucault was deeply concerned about power and how it produced subjectivity by shaping the body, he failed to even acknowledge the importance of gender in the power games. His analysis remained gender-neutral. He did not see that both men’s and women’s bodies are subject to the ‘technologies of gender’, that the regime of normative masculinity, with its emphasis on strength, independence and control, creates bodies much less ‘docile’ than the bodies disciplined by the regime of normative femininity.

In the West, since the 18th century, society has been obsessed with sustaining a visible difference between the sexes by amplifying the existing corporeal differences. Altering the body with cosmetics, clothes and jewellery is tied to femininity, and fashion functions as the vehicle of defining and re-defining the gender boundary.

If in the 19th century, tight corsets caused breathing difficulties and internal organ dislocation, in the 21st century, stiletto and high heeled shoes limit mobility and cause deformity, hi-tech stretch textile and underwear shape and ‘control’ unmanageable body parts by holding them in with ‘control panels’. Today, besides wearing false eyelashes, hair-pieces and beautiful nails, a woman must also have a smooth and hairless skin without any indication of experience or deep thinking. There are daily beauty regimes and formulations, as well as waxing, shaving, plucking and electrolysis of the hairs, to ‘treat’ and ‘transform’ the whole body skin. A woman should not expose her skin to wind and UV rays of the sun so as to remain young-looking. She is supposed to prevent ageing, as if it were an illness.

There is now a real craze of cleavage enhancing bras with inflatable sections, liquid gel or removable padding that change the size, form and direction of a woman’s breasts in order to accomplish an ample and curvy torso with full cleavage. Breast augmentation surgery is now more common than ever. The same applies to liposuction, with women demanding it ten times more than men, in response to the Western obsession with thinness for women.  Surgery is marketed as an individual choice, though in reality it transforms a woman into a decorated surface that demands extensive discipline. It also produces pain and anxiety, and thus can be likened to Foucault’s description of torture, which he says must “mark the victim: it is intended, either by the scar it leaves on the body, or by the spectacle that accompanies it, to brand the victim with infamy” (10). In fact, the woman’s role as decoration marks her with imagined infamy of being an over-sexualized, frivolous and narcissistic seducer.