When Oil Runs Out 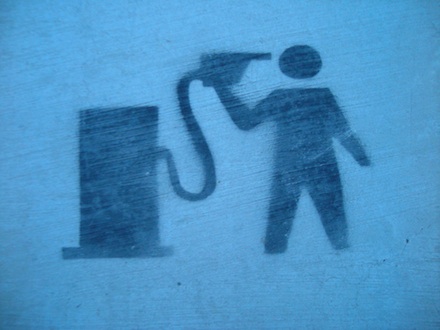 For most people, the Middle East (ME) is synonymous with oil. Economies of most major ME countries such as Saudi Arabia, Kuwait, Iran and the U.A.E. are based on oil.

Today over a third (38% to be exact) of all oil produced worldwide is used for transportation; automobiles and trucks.

What would happen if people and businesses stopped using gasoline for their cars and diesel for their trucks?  Is that even possible?  Well, maybe not today but in 15-20 years from now, its estimated that over 65% of automobiles in the world will be all electric.

By increasing the travel distance per full charge from 200 miles to 400 miles and reducing charge times from several hours to less than 15 minutes.  Such batteries are now being tested in labs in the U.S. and elsewhere.  Nano technology is making all this possible.  Labs are now licensing the technology to large companies to create manufacturing processes for mass production of these batteries in the needed volumes.

And these 3D Li-Ion batteries will be 40% lighter and less expensive than batteries available and used today.

So if demand for gasoline declines as rapidly as its anticipated, what would happen to the economies of countries such as Iran?  Once demand declines, prices drop.  To compensate for lost revenue oil producers will start pumping more to capture a larger market share.

There will be a pricing blood bath unless OPEC is completely unified and pricing is kept high artificially.  Probability of a united OPEC is not very high.

Iran’s focus on nuclear energy and war related technologies is somewhat misguided because no matter how much effort is put into these programs, they will still be behind by 20-50 years when compared to the U.S., Russia or China.  Maybe not in terms of software or electronics but for sure in the areas of propulsion, materials and mechanical engineering.

The far better use of Iran’s collective intellectual resources is in the high technology area.  The return on investment will be much faster and a lot more lucrative.