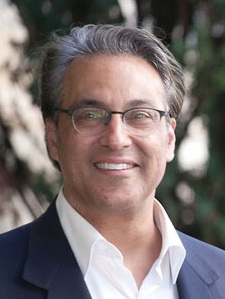 As many of you know the Ross Mirkarimi case in San Francisco is of great importance to the Iranian-American community in the Bay Area. There are several issues pertaining to this case that are of great concern and we should be aware of the implications and potential risks to our civil rights as well as how this kind of process works.

On and off I have been in touch with Ross as well as his supporters and promised him and them that when they were ready to talk, I would get the pertinent information out to the Iranian-American community via this site specifically, so that you all could be kept up to date on the information on the case, and why it is so important to us, as it proceeds.

Much of what you read next is in Ross’ own words. Here is the information as presented to me by Friends of Ross. To learn more or help Ross any way you want, please visit: www.friendsofross.com

Never in the history of San Francisco has there ever been a well funded, daily, weekly, and monthly orchestrated prosecution of any elected official until now — Sheriff Ross Mirkarimi. There is an elaborate campaign to oust Ross Mirkarimi – one of the highest elected officials of Iranian descent in the nation.

The November 2011 election witnessed three major races: Mayor Ed Lee, District Attorney George Gascon, and Sheriff Ross Mirkarimi. Ross wasn’t suppose to win in the minds of a powerful enclave that outspent him two-to-one, fielding a well known downtown, police-backed candidate. Even Ross’s closest allies were surprised that he won with such a high majority of the 11 supervisorial districts. This was the first time a citywide progressive candidate won executive office since the election of Mayor Art Agnos in 1987.

This did not go unnoticed by the San Francisco Chronicle, who didn’t support Ross’s candidacy, but who showed their post election cards in a beaming editorial congratulating the Mayor and District Attorney, but failed to recognize the newly elected Sheriff – whom incidentally, received more votes than Mayor Ed Lee. A very unexpected political stage was set. But that imploded quickly.

As Ross was preparing for his transition from serving seven years as the popular District 5 Supervisor to his January 8th inaugural as the 35th Sheriff, assuming a staff of over 1,000 employees and an annual budget of approximately, $170 million, the exuberant climate changed.

On December 31, 2011, Ross, his wife, Eliana Lopez, and son, went out for lunch. In the car ride, a disagreement with his wife reoccurred regarding the length of her impending trip to her home-country of Venezuela. Six months earlier, she took another trip with their son that lasted over two months. Ross missed them terribly and didn’t want to be separated for another long period of time.

They quarreled in the car. At the height of it, Ross decided that there was no point in going for pizza, and turned the car around against Eliana’s wishes. After he parked the car near home, in a reactive attempt to de-escalate the intensity of the argument, Ross grabbed Eliana’s right arm causing a bruise. This inflamed matters even more. The next day Eliana confided in their next door neighbor, Ivory Madison, whom she believed was an attorney. She and the neighbor made a 50 second video tape describing the argument. As legal records and press accounts indicate, Eliana explicitly told the neighbor to hold the tape in case of any potential custody issues. The neighbor had other plans.

Over the next several days, Madison didn’t call law enforcement or domestic violence counselors but instead contacted people like their good friend, Phil Bronstein, Executive Editor of the SF Chronicle. On January 4, without Eliana’s consent and in betrayal of her wishes, Madison calls the police and hands over the tape and other records. Until Eliana informed Ross of what was happening, he remained unaware until late that day. The Chronicle breaks the story two days later.

Ross is inaugurated at the Herbst Theater in front of nearly a 1000 supporters including many Iranian-Americans. He becomes Sheriff. Five days later on Friday, January 13, he’s charged by the police for three misdemeanors. This automatically triggered a stay away order from his wife and son. A runaway legal and public relations train disaster and ensnarled the new sheriff and his family. Rod Serling of the Twighlight Zone, couldn’t make this stuff up. Maybe Franz Kafka, though.

Everyday for weeks, this story and the social disgrace of Ross and his family was played out in the press. Ross was looking forward to the trial. So was his wife. But his jury consultant made it clear that after interviewing over 200 prospective jurors, the jury panel was heavily polluted. The judge wasn’t going to grant a venue change. After rejecting an earlier offer from the District Attorney, Ross agreed to take a plea for one misdemeanor count of “False Imprisonment” — To paraphrase his attorney, it’s for unilaterally turning the car around as they were heading to lunch.

As husband and father, Ross thought he was doing the right thing by taking responsibility and trying to get this matter behind them. As Sheriff, Ross agreed to a plea that didn’t interfere with his authority as Sheriff or with his ability to carry a weapon. While Ross was trying to move forward, it was clear with those forces that didn’t want Ross in office, that they thought he would’ve resigned by now. They were wrong but intensified their attacks.

On March 20, Ed Lee gave Ross an ultimatum to either resign or face suspension without pay. Ross didn’t resign. As Ross told me in an April interview, “whether it means depriving me of an income so I cannot provide for my wife and son, ruining my reputation, or undermining the voter’s will by selectively removing a democratically elected official, they’ll resort to anything to make life so unbearable that my choices culminate to a simple few — walk away or face being destroyed or fight”.

Instead of the perfunctory Norooz proclamations that non-Iranian politicians serve us every year, Ross went deeper. He authored legislation that spoke out against the human rights abuses in Iran especially against women or minorities. He personally intervened and demanded the release of Sharif University (SUTA) alumni who were traveling to Stanford when they were denied entry or detained by the TSA at San Francisco Airport; he hosted well attended exhibits at city hall that featured the works of Iranian artists; and in 2009, in solidarity with the Green movement protests in Iran due to the betrayal of the Iranian people, Ross helped galvanize an energy that hadn’t been seen in decades — the rally in front of City Hall on July 25th. Nearly 10,000 people attended to protest the undemocratic and abusive election process in the Islamic Republic.

As an office holder, Ross established internship opportunities for many young Iranian-Americans who want to pursue public service. Wherever Ross went, so did our community. Featured in People Magazine and newspapers and magazines around the nation and abroad, Ross was renown for his prolific and innovative policy-making. There was no doubt that with his citywide election as Sheriff, Ross was poised to go anywhere. Many of us thought Ross would run for mayor but it wasn’t his time. Besides, he was always passionate about reforming the criminal justice system.

As Supervisor and Sheriff, Ross led the effort to prepare San Francisco for Governor Jerry Brown’s State Prisoner Realignment Plan. He legislated how the SF Probation and Sheriff Departments would take lead in reforming rehabilitation efforts which meant radical overhaul in tackling high recidivism rates. We highly doubt that any Sheriff in the United States ever gave a speech like Ross did at his inaugural – challenging status quo to ponder “how does a city like San Francisco ignore the nexus that its jail population is nearly 60 percent Black but yet, it’s the city with the fastest exodus of its African American population in the country”. The high command at the Police department and conservative institutions couldn’t believe their ears.

Never in the history of San Francisco has so much money been spent on persecuting one person for a violation that many would contrast as unfair compared to the more egregious acts of Mayor Gavin Newsom’s sex scandal or the SF Fire Chief’s bludgeoning of her husband or Mayor Ed Lee’s improper “Run Ed Run” campaign committee; something is amiss here and we cannot stand quiet without asking the obvious — why is Ross Mirkarimi receiving this level of treatment unlike anyone else and why is my vote being undermined by this undemocratic process?

Like many of you, we have been proud supporters of Ross (Rostam) Mirkarimi. Naturally, we have questions regarding the facts that implicate Ross. But whatever one believes, one thing is clear, a member of our community is under a very high profile attack, prompting reason to assess motive as to why they are working so hard to destroy Ross…

There will be several hearings but the first major tribunal installment is on May 29th at SF City Hall, Room 400 at 5:30. Ultimately, the fate of Sheriff Mirkarimi will be up to a five member politically appointed body of the City’s Ethics Commission. Once they render a decision, then it’s up to the Board of Supervisors which require 9 out of 11 votes to terminate Ross.

To learn more or help Ross any way you want, please visit: www.friendsofross.com