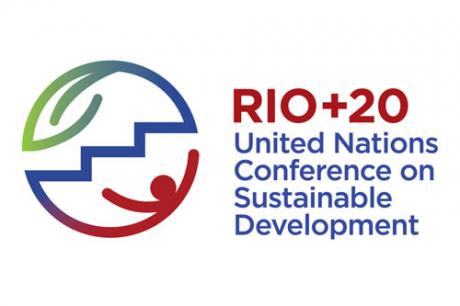 When someone says “Rio De Janeiro,” a sane person immediately thinks of dance, debauchery, and delight; all-night parties, lust in the air, and hedonism at its best. This year, Rio will also play host to the “Rio +20” Summit on 20-22 June 2012, the UN’s Conference on Sustainable Development. Considering Brazil’s top emerging economy, and its new-found scientific and innovative prowess, this sounds just about right.

But as Iran will be participating, a conference which would have been timely, imperative, and highly-constructive will instead be counter-productive and hindering to a world which seeks to fulfill the UN’s development goals.

In an attempt to find favor in this world, the Islamic Republic of Iran will have an envoy at the “Rio +20” summit. This endeavor will be as hollow and empty as those past – Iran will use this, like all other multilateral or poly – lateral platforms, to fruitlessly exude its false relevance and significance in the world today. Typically, the Islamic Regime is recognized to engage in such propaganda through misinformation and dissemination of falsified facts, manipulation of politics and the international context, and through theatrical appeals to emotion, employing tactics which pull at the heart rather than engage the brain.

Pathetic. Sure, Iran will put on a show at the “Rio +20”, but will its participation be truly counterproductive? Without a doubt, yes.

It is regimes like that in Iran which effectively hinder the potential progress of such summits, yet are the main reason for their need. The Iranian Regime is a world-class pollutant, is one of the last states to pay any heed to the concept of sustainability (except in the nuclear weapons sector), and uses its participation at the Summit as a façade to cover its indecencies towards the environment and towards its ever-growing yet increasingly under-privileged population, and as a ruse to mask its dangerous nuclear weapons program. Perhaps Iran has not yet launched a nuclear warhead, but the nuclear program has already attacked the surrounding environment, including water sources, flora and fauna. From this, there is no going back.

Make your voices heard, remind the UN that the Islamic Republic of Iran will be making a mockery of the “Rio +20” conference. Be sure to contact the NGO’s that will be participating to warn them, as well as any UN offices in your region. Demand that att participants of the conference, whether state official or NGO, reject any request, meetings or proposals from Iran. Otherwise the Regime would find undue legitimacy.

For inspiration check out this blog written by Erik. I met Erik randomly about 2 years ago on the A Line subway headed to downtown NYC, and we have remained friends since. His passion for Human Rights in Iran never ceases to amaze me, considering he is not Iranian. We need more allies like him.