Is our world kaput? 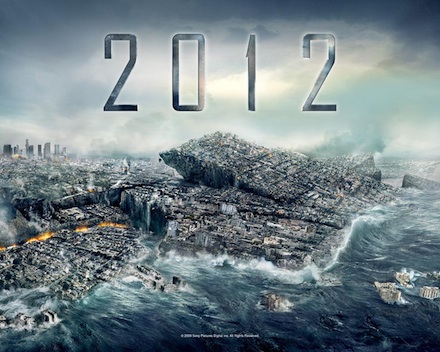 The horror film or the science fiction book often starts like that, doesn’t it, with small seemingly unrelated facts, harbingers of the end? One fly buzzing around an eatery, settling repeatedly on uneasy diners’ hair and hands and plates; one crow sitting on a telephone wire, staring at kids on their skateboards; one mangled body found in a wood; and so on, until the bad things start developing.

Is something equally dire going on in our world? Have we seen enough scary movies and read enough scary stories to recognize the signs? Are we hurtling toward the end or at least toward some kind of explosion? Start with the killing sprees and murderous rampages of governments intent on destroying their own people, secure in the knowledge that world institutions and leaders may disapprove and even wring their hands but not take a step to stop the massacres. Last week in Houla, the Syrian President’s thugs went from house to house, stabbing and bludgeoning more than 90 people, victims to add to the more than 12,000 killed by the Iran-supported mass murderer Assad in the last fifteen months. On to the ghoulish: Under a causeway in Miami, a man high on the synthetic drug labeled “bath salts” feasted on another man’s face until he was stopped by multiple bullets from local police. And now we hear of a second cannibal in Baltimore eating the heart and brain of someone he killed. Is devouring each other going to be the new normal? And what about the muffled roar in our cities of crash after crash of our financial institutions imploding? What’s to become of all of us money-dependents and worshipers if our temples cease to exist? And what about what we’re doing to our planet? Don’t the images of polar bears stranded on fast-melting patches of ice register at all?

What else? Alliances? The European Union? Booming emerging economies? All disappearing fast.Within a few short years, things have been turned on their head. The old no longer works and there’s no new in place. A few days back, a panel at the National Center for Books in Paris hosted Jean Daniel, a legendary journalist who talked about rising nationalism which he rightly finds an alarming concept when opposed to the political idea of nation and which is, nonetheless, gaining traction, showing that we have no idea how quickly nationalism can turn into dangerous ideology. The word he used to describe our present world perhaps teetering on the brink of destruction, was “ensavagement” (“ensauvagement” in French). So, after millennia of trial and error, we are no wiser, no stronger, no more secure.

Should we pay closer attention to signs or continue as we are, either in totally ignorant bliss, or in the belief that things are no worse or no better than at any other time throughout history’s somber track record? Are these difficult times auguring the Apocalypse or, less dramatically, a series of glitches? Should we subscribe to the-end-is-here view or take comfort in the thought that we’ve weathered tough patches before? Questions, questions, and few answers, if any at all.