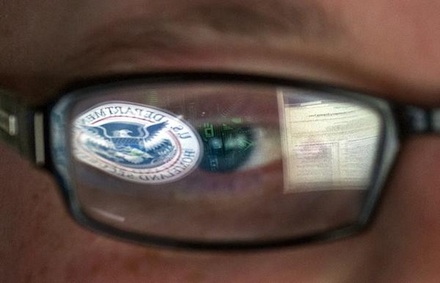 For anyone trying to promote peace, these are confusing times. Not because there is more war. Indeed, violence between states or within states has fallen sharply from the last century. Rather, the very nature of conflict is changing rapidly.

To avoid invasions with troops, for example, many countries plan to follow the United States in the use of unmanned predatory drones. Instead of violent airstrikes, they impose crippling economic sanctions, relying on the digital tools of global finance. And if sanctions don’t work, they devise computer viruses or other types of cyberwarfare.

The US, for example, joined with Israel to launch secret cyberattacks on Iran’s nuclear program, according to The New York Times. Another cyberweapon called Flame forced Iran to cut off its oil ministry rigs from the Internet last month.

Many countries are searching for new, less visible methods of aggression. The offensive cyberwar techniques now being readied or practiced by the US, China, and others could be only the latest method of conflict.

This trend toward hidden and almost endless war raises troubling questions. When does war start and peace end? Who in government should approve such aggression and be held accountable for it? And how can citizens respond if the nature of conflict doesn’t fit old concepts of war?

Indeed, the idea of a “declared war” was shattered by the cold war, which lasted 45 years with periods of hot war (Korea, Vietnam, Granada). The post-9/11 “war on terrorism” continues in an ambiguous nature despite the killing of Osama bin Laden. Congress and the White House struggle over the legal authority to use new types of attack. Courts have a hard time defending “wartime” suspensions of civil liberties if a conflict has no clear end and no defined geographic boundaries.

Just as the tools of peace – such as politics, protest, and prayer – had to adjust in recent decades, now peacemakers of today must adjust to the new realities of cyberwar and whatever comes after it.

“We tend to believe that there are two kinds of time, wartime and peacetime, and history consists of moving from one kind of time to the next,” writes legal historian Mary Dudziak in a new book, “War Time: An Idea, Its History, Its Consequences.”

People tend to see war as temporary, she states, when today’s conflicts can drag on in new forms. American troops are leaving Afghanistan, for example, but private contractors are being killed in greater numbers than soldiers. Last year, NATO’s mission in Libya began with the defense of besieged defectors in the city of Benghazi and ended up with an airstrike on Muammar Qaddafi. The war on drug cartels in Colombia and Mexico morphed into sophisticated electronic surveillance and psychological warfare.

Such changes in the nature of conflict make it difficult to determine future threats. Congress may not know how to craft a defense budget, making it more vulnerable to the lobbying of defense industries. Rep. Mac Thornberry (R) of the House Intelligence Committee says Congress must learn to deal with the new realities like cyberwarfare that are “moving at the speed of light.”

The concept of war itself has become a moving target. Peacemakers must move with it.