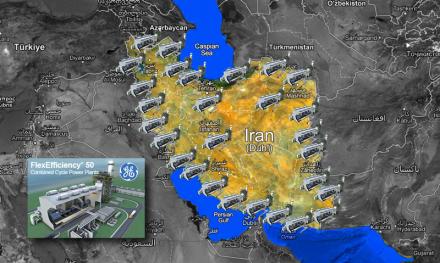 With the recent Baghdad meeting, the US and Iran proved once again that nothing, beats the far harder task of crafting an offer that the other side simply can’t refuse. And nothing precisely won again. Or we got nothing.

The US showed that in spite of the fact that Glengarry Glen Ross is the definition of American salesmanship, it simply doesn’t get Bazaar Bargaining.

When an Iranian smiles a lot and holds his hands together in front of his crotch, this is his sign that he is expecting one of 2 things. Either you are going to whack him in the nuts, or you are going to offer him a deal to consider.

Here’s how it works.

Given the nuts alternative would be understandably very painful, it helps if the alternative is as sweet as the nutshot is painful. That way the obvious choice Iran ought to make is, well, obvious.

The US did not do this in Baghdad.

What the US did was remove any threat to Iran’s nuts, and then put a dollop of whipped cream on them. 1% Lite Whipped Cream. Sweetened with Splenda. Or not a very compelling offer at all. No surprise that Iran kept smiling, kept it’s hands on it’s scroatae and deferred the next meeting to the other most humiliating city for Americans after Baghdad, namely Moscow. Why these meetings are not conducted in Washington DC, or Tehran where they are really supposed to be held, is nothing short of stunning.

Well maybe not so much. Iran’s main oil customers are China, and India. Or supposedly America’s best friends. Yet no embargo, sanction or the slightest penalty that might harm China or India is even near the bargaining table. Maybe it does all make sense. That doesn’t mean it isn’t still sick. If in fact Iran’s cocky belligerence is merely being “tolerated” as an appeasement and to keep China happy, well-oiled, and most importantly willing to continue to back the massive US debt. I mean, that is important to consider in all of this right? India, is another matter. Possibly something to do with Pakestan or handling all of the US tech support business.

The Mainstream Media is indeed dead. No, really! Just watch this next bit.

After the Turkey in Turkey, the BadGag in Baghdad resulted in the US offering Iran the following non-offer:

In return for these 2 really lame non-concessions, the US demanded 2 too-supercool things in return. Now, right there, you should know that no Iranian alive or dead, would ever break even on a deal. Not even if his wife’s mother’s life depended on it. An Iranian operates under the classic stereotypical principle of, “I’ll give you one, but you give me 3, OK? Good Deal For You My Ferrend! Yes? We have a deal?”.

The US actually asked that Iran allow inspectors to inspect “some sites” they think Iran is using to develop fuel for weapons. Mind you, they actually told them this. Which is like announcing to a drug dealer that you will be by on Wednesday-ish, to see if he has any of the Wacky Tobacky growing in his back yard.

The other thing the US asked was that Iran keep its enrichment to 20%. If you only know one thing about nuclear enrichment, it ought to be this, once you reach 20%, the rest of the way to 90 is really really easy to get to.

Or, approving that Iran can now get to 20% enrichment, all but ensures that Iran will have a weapon sometime in the next 3-4 months. I’m betting on October. Because that would be a nice pre-election surprise. A tradition really, where US-Iran relations and elections are concerned.

People ask me why October? Or why would Iran have an interest in undermining what appears to be a most certain Obama victory? Simple. Time. Time and Confusion. For, Iran likes nothing better than to take its sweet time, and sow the seeds of confusion as it fulfills the first part of that old timey spiritual “The 3 Pillars of the Islamic Revolution”, Stand Against the US, Stand Against Israel, and the Institution of Hejab.

The time it would take a Romney administration to gets its Mormon hands around a coherent Iran policy, given the edict by the Tea Party that starting on day One, nothing but nothing gets in the way of dismantling Obamacare. Then, we can go after the Illegal Mexicans. Then we can drop taxes for the rich to zero, and if by then the returning Iraq/Afghanistan war Vet daily suicide rate is under 5 a day, we can then go over to yet another country that did not attack us, teach them how to be free capitalists by God, even if we have to kill every last living one of them.

If Obama wins, he has had 3 years and a Hillary to figure them out, so not so good as a confused Romney. By Iran announcing they have a nuke in October, the resulting damage to Obama’s credibility, appearing to have mismanaged the safety and security of the region and Israel, could tilt the race over to Romney. Hell, even I’d be pissed at Obama if this happens. Because I just wrote it.

So the US has no clue how to deal and bargain and haggle. And Iran is sweetly biding its time knowing that the US doesn’t know how to play this game of Cat and Mensch.

So here is what the US should do. Make Iran an offer so good, so juicy, so tasty, that if Iran accepts it, it loses, and if it rejects it, it loses. An offer Iran cannot refuse to lose-lose.

I call this offer: “Operation Ecomagination”

The US should immediately change the venue of the meeting in Moscow and ask for it to be moved to Washington DC.

At the meeting the US should offer to over the next 2 years, build Iran no less than 28 (“Why 28 Bruce?”, “Shut up, you’ll see.”) FlexEfficiency* 50 Combined Cycle Power Plants made by GE. Not Siemens, GE. These are the coolest power plants GE makes, not only does it convert Natural Gas to power, but it also re-uses the resulting heat to produce steam and generate even more power. Hence the Flex. And Ecomagination.

According to Iran they want nuclear power, for electricity. So, given that Iran sits on the world’s largest reserves of Natural Gas, which happens to be the greenest, safest, cheapest and most efficient fuel for generating clean and good power, the US will happily oblige.

Further, the US will run cables across the bottom of the Persian Gulf, and provide Iran with lifetime customers, namely the Arab States to buy Iran’s power. This will create a mutually beneficial much needed detente between the Arabs and Iranians.

In addition, the US will rebuild, refurbish, replace, repair, and modernize Iran’s oil refineries to return them to the pre-revolution output of 6 Million Barrels of oil per day, significantly higher than the feeble 1.6 million Iran is barely able to muster today.

Finally, the US will provide Iran with as many isotopes it needs as well as an open and cooperative cancer treatment policy of information and treatment exchange and provision.

What does the US ask for in return? Simple. A complete stop to ALL nuclear activity. According to Iran’s own experts, in 700 years when Iran runs out of the Natural Gas it has now, and then 300-500 years after that, when it runs out of the proven reserves it has not yet developed, Iran is more than welcome to see where Nuclear Power has advanced to, and can consider developing Iranian Nuclear Energy sometime around the year 3213. Although, by then we will all be Gay, and hopefully finally flying around in cars and jetpacks.

Where does the money come to pay for all this? Simple. Iran has over $10 Billion in US banks confiscated during the hostage crisis. With the interest that it has been accumulating, this should cover most if not all of the costs of the deal. Even if we have to pay a bit at the end, this would be worth it.

Why this is really a lose lose for Iran? Simple, by accepting the deal Iran has to accept that the US is not so bad after all. I mean, look at this deal! By accepting the US as a friend, it undermines the first Pillar of the Islamic Revolution, “Stand Against the US”. Collapsing that, makes the other pillars fragile. Accept the deal and instead of enemies, Iran has “customers” across the Gulf.

If Iran rejects the deal? Well, we don’t need to go there, because after all, this is a deal Iran cannot refuse to lose, lose!

Note: Why 28? Simple, this gives Iran the opportunity to counter-offer with, “Make it an even 30 and you’ve got a deal Barry!”

To read the full article with more pics visit: http://brucebahmani.blogspot.com/