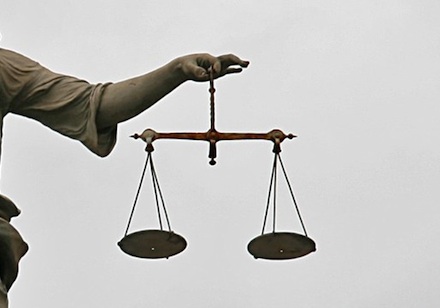 “When they took me to the death committee in Gohardasht prison, the lobby was piled high with sandals, glasses and blindfolds. That’s all that was left of our friends. They are all gone and I am alive. I am alive to tell their story. That’s my only goal,” says Mehdi Aslani, 53, who survived a mass massacre of political prisoners in Iran the summer of 1988.

Aslani and thousands of other victims have waited 24 years for this, but now they will finally have their day in court.

“The Tribunal’s main purpose is allowing evidence to be heard and allowing the world to find out what really happened in the 1980s in Iran,” says John Cooper, QC, chair of the Iran Tribunal‘s steering committee. “It is incredible that torture survivors and families of murder victims have managed to achieve this on their own – and it is shocking they had to do this all on their own – that the UN did nothing.”

In the summer of 1988, the Islamic Republic of Iran executed in secret an estimated 5000 political prisoners across the country. The killing, ordered by an extraordinary fatwa issued by Ayatollah Khomeini himself, was relentless and efficient. Prisoners, including women and teenagers, were loaded on forklift trucks and hanged from cranes and beams in groups of five or six at a time in half-hourly intervals all day-long. The victims were intellectuals, students, leftists, members of opposition parties and ethnic and religious minorities. Many were jailed for no more than distributing leaflets, having a banned book or being accused by “a trusted friend of the regime,” according to Amnesty International.

The massacre was the climax of a massive elimination campaign conducted by the regime from 1981 to 1989: during that bloody decade around 20,000 political prisoners were executed across Iran.

“It is what I would term (based on my past work with the UN in Bosnia) ‘Iran’s Srebrenica’: a monumental atrocity that cannot remain unanswered,” says Payam Akhavan, professor of International Law at McGill University, first UN war crime prosecutor at The Hague and member of the Iran Tribunal.

The deliberate and systematic manner in which these executions took place constitutes a crime against humanity under international law, according to many human rights lawyers. (Widespread and systematic executions of a civilian population across the country, planned and ordered by the highest ranks of the Iranian government.)

Yet, to date, more than two decades after the massacre, there are still no investigation into this crime, no international pressure on the Iranian government to do so, and no recognition from Iran or the international community. In fact, many of the perpetrators are still in power and the international media seem to deliberately avoid covering this issue.

Over the past decades, survivors and families of the victims – many are mothers because the majority of the victims were very young – have campaigned for justice. They have sent petitions to the UN, organized rallies and seminars and disseminated information on the Internet – but no one is listening.

“We are in the information age: with a click of a mouse, you can know what is happening in the far corners of the world. Yet more than 5,000 people were killed in two months in Iran and no one knows about it. It’s like nothing happened,” says Aslani, who lives in exile in Germany.

So the survivors and families of the victims have taken the matter into their own hands. In 2007, they have come together to form the Iran Tribunal, modeled on the Russell Tribunal set up by British philosopher Bertrand Russell and French writer Jean-Paul Sartre in 1966 to examine American intervention in Vietnam, and the subsequent Russell Tribunals on Chile, Iraq and Argentine. Like these tribunals, the Iran Tribunal won’t have any legal status, but will act as a tribunal of conscience to deal with violations of international law that have not been recognized nor dealt with by existing international jurisdictions.

After five years of fundraising, outreach and assembling a team of prominent lawyers, the People’s Tribunal is now ready to proceed. It is organized in two parts: a Truth Commission and a Tribunal. The Truth Commission, during which the court will hear and examine oral and written evidence from dozens of witnesses, is held at AI’s headquarters in London on June 18-22. The Tribunal will then meet on October 25-27 in The Hague to issue a verdict.

AUTHOR
Veronique Mistiaen is London-based freelance journalist writing about social issues, development, human rights and the environment. She is also a university lecturer in journalism and has worked as a staff writer and editor in the San Francisco Bay Area for many years.