A lovesick nightingale among owls… 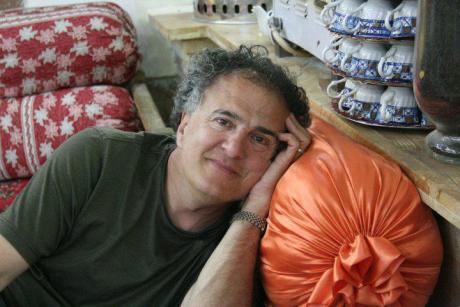 It is with deepest regret and sadness to let you know that Abdi Sami, our dearest friend lifted up his kind body and left our world yesterday in peace.

A former Disney executive, in the last decade or so Abdi took an early retirement and spent his time with what he liked the most, Rumi, Yoga, Peace, and Iran.  He served as a board member of the Foundation for Self-Sufficiency in Central America. He worked towards peace in Iraq at the Voices Education Project. He was also a consultant for Mercy Corps and assisted after the earthquake in Bam and with Afghan refugees. He arranged for Rick Steve’s (PBS Travel) trip to Iran, and was one of the producers of the video that came out after Rick’s visit to Iran. Abdi then spend more time organizing Peace Tours (Solh Tours) to Iran and one or two to Rumi’s mausoleum in Turkey.  While living in Seattle he used to visit Portland often where he had some friends and one year he attended the Iranian Festival promoting his Solh-Tours to Iran.

In May of last year he was diagnosed with an advanced case of cancer, which shortly after took over his lung and brain.  From the very beginning he accepted the malady and also fought it with wit and charm.  We were lucky to be able to visit with him last Saturday for one last time.  He was very weak, but still could recognize people and was able to greet guests and attempt to talk.  I held his hand for a long time and he pressed my thumbs and tried to say something, I am sure about our mutual concerns such as peace and Iran.

I shall not forget his kindness and calm.  I will close with a Rumi poem that was posted on his CaringBridge page:

“How marvelous was the way you quit the world

The way you ruffled your feathers

And breaking free of your cage

You took off for your soul’s world

A lovesick nightingale among owls

You caught the scent of roses

And flew to the Rose Garden”