Returning to the Root 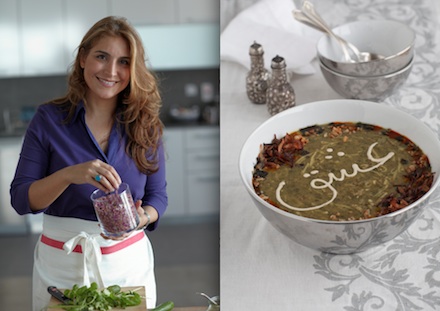 Why are you so enchanted by this world
when a mine of gold lies within you?
Open your eyes and come –
Return to the root of the root of your own soul.
— Rumi

While Persia conjures up images of nightingales, roses, poetry and gardens, Iran makes most Westerners uneasy. Growing up in Europe and America, my brother and I sometimes felt as though Iran was part of our imagination. Yet we knew it was real. We had tasted its food, climbed its hills and smelled its roses. We remembered the smell of the long-awaited rain when it first hit the dry earth; the first day of spring; the way the branches of the trees swayed before a storm and how the rays of the sun tried to pierce their thick leaves on Pahlavi Boulevard (renamed Valiasr street) in Tehran; the colour and fragrance of my grandmother’s roses. All these were real.

Yet Iran was never mentioned on the weather channel nor was it in the booklet of international dialing codes that was always next to the phone in hotel rooms. To us it seemed like the West was trying to sweep Iran under a giant (Persian) carpet. In school, the textbooks didn’t explain that Iran is modern-day Persia, instead making out Iran to be an evil country full of evil people with no culture or history. Even Larousse Gastronomique – the great cookery encyclopaedia – skipped Iran altogether, completely ignoring its culinary influence throughout the world.

With time, we also started to forget, thinking that our small family nucleus of four people was all we had left. Living in New York, a busy metropolis of people of all different nationalities and cultures, and where everyone was a stranger, the daily interaction and culture of the highly intricate taarof (a formal etiquette system) was gone.

The only time we would be drawn back to Iran was over a Persian meal, thanks to my mum, who would make time to cook us this elaborate food despite her hectic life. The smell of fried fish and dilled rice took me back to Norooz (Persian New Year) parties at our grandparents’ home. Memories would come flooding in over a bowl of Asheh Reshteh (New Year noodle soup, page 98) or Mast o Khiar (cold cucumber soup, page 136). Fried onions and fresh herbs brought back images of our housemaids sitting in the kitchen gossiping while we pulled at their skirts. Our American friends were so impressed when we ate these dishes. For them it was like an exotic feast. We thought it was temporary, this being away from home bit. So we enjoyed ourselves, knowing that we would soon return. Yet every day we would watch the news and Iran seemed to be getting pulled deeper into darkness. Those were sombre days: watching our parents and grandparents worry for our country and loved ones; hearing news of our relatives losing their belongings or being stuck in the country when the Iran–Iraq war began. The war lasted eight years. But children are resilient, and we forgot and moved on with our daily lives. Except for moments when we did remember – and wished we were there in the comfort and love of the country we left behind. Those were confusing times – times when we didn’t know who we were or how to explain to others what was happening to our country. When I left home, I couldn’t cook for myself. I would rely on eating as much as I could at those rare family gatherings. Persian food seemed so out of reach for me. Even after studying at Le Cordon Bleu and cooking for different establishments, I still wouldn’t make Persian food. No one had taught me how! This is not something new. Many Iranians of my generation struggle with Persian dishes.

It wasn’t until I was writing this book that I felt as though I was finally home. The research I did confirmed what I had always known in the back of my mind – even though I had been told otherwise – that Iran is a beautiful country with an amazingly rich culture. Its culinary heritage is incredibly varied and dates back thousands of years. Persia greatly influenced other cuisines around the world during its culinary renaissance. And in order to understand its future you must look back at its history. As the great innovative French chef Pierre Gagnaire has said, cooking should be ‘looking towards the future but respectful of yesterday’.

For me, Iranian recipes are intertwined with its rich history, its people, and my ancestors. I gathered recipes by email, phone and by travelling: to Tehran, to the Caspian sea, to Ghazvin and remote villages – some people even parted with their old nalbekis (tea cups) and spoons so that I could take them home! I went to relatives’ kitchens around the world, to London, Paris, LA, NY, Geneva. All this showed me that you can indeed make this fabulous food wherever you are.

Rolling my sleeves up in different kitchens, that’s when it all came back to me. I say came back because I knew what everything tasted like. My taste memory hadn’t failed me. I had been hungry for so long! Coupled with the fact that I am a trained chef, I was able to pick things up relatively quickly, as well as suggesting short cuts and slightly different ways of presenting this ancient cuisine – all the while staying true to its roots.

But most importantly, by learning about my family ties to the land, I was able to understand why I became a chef. It was this land of plenty that sustained the many generations of my family and made us appreciate the fruits and vegetables of our labour.

I hope you enjoy the recipes and stories that have made my life much richer as a result. From our land and our kitchens to yours!