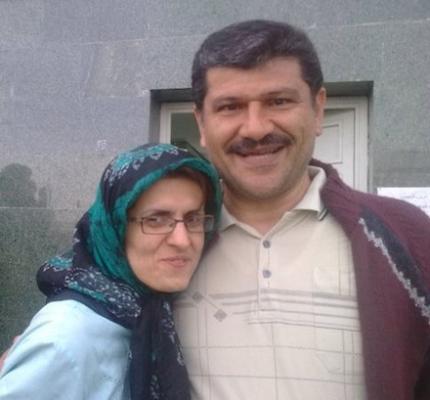 In the list of the world’s ‘10 Most Censored Countries’, compiled by the New York-based Committee to Protect Journalists (CPJ), Iran is in the fourth place, after Eritrea, North Korea, and Syria. The other six countries on the list are: Equatorial Guinea, Uzbekistan, Burma, Saudi Arabic, Cuba and Belarus. The CPJ says it has used 15 benchmarks to compile the list, including ‘blocking of websites; restrictions on electronic recording and dissemination; the absence of privately owned or independent media; restrictions on journalist movements; license requirements to conduct journalism; security service monitoring of journalists; jamming of foreign broadcasts; blocking of foreign correspondents.’ The organization adds that ‘All of the countries on the list met at least 10 benchmarks.’ Six other countries – Turkmenistan, China, Ethiopia, Vietnam, Sudan, and the Azerbaijan Republic – were slightly further down than the ‘top ten’.

The organization ‘Reporters Without Borders’, based in Paris, publishes an annual report, ‘Press Freedom Index’, which measures ‘violation directly affecting journalists and netizens (including murders, imprisonment, physical attacks and threats) and news media (censorship, confiscation of newspaper issues, searches and harassment)’; the degree of impunity enjoyed by those responsible for these press freedom violations’; the level of self-censorship in each country and the ability of the media to investigate and criticize; financial pressure; the legal framework for the media ; the level of independence of the public media; and violations of the free flow of information on the Internet. In the latest version of the report, ‘Press Freedom Index 2011-2012’ CPJ’s ‘10 Most Censored Countries’ appear on the lowest ranks of a list of 179 countries. Iran is four steps away from the bottom of the list, higher than Syria, Turkmenistan, North Korea, and Eritrea.

However, in addition to economic status, media freedom is also affected by political and social structures. The CPJ says that one trait that ’10 Most Censored Countries have in common is some form of authoritarian rule. Their leaders are in power by dint of monarchy, family dynasty, coup d’état, rigged election, or some combination thereof.’ In Eritrea, President Isaias Afewerki was elected by the National Assembly in 1993, having led the war for independence from Ethiopia in 1991, ‘but has since managed to hold off elections and the implementation of a constitution, largely by imprisoning critics and obliterating the private press.’ In Equatorial Guinea, Teodoro Obiang Nguema Mbasogo has been in power since overthrowing his uncle in a coup in 1979. The Saudi government increased media restrictions after the overthrow of the leaders of Tunisia, Egypt and Libya in 2011. And in Syria, media suppression was intensified after the outbreak of the movement against the government nearly a year and a half ago.

In Iran, suppression of the press which, except for brief periods, has been around since the appearance of journalism in the country about a century ago, became more severe following the disputed 2009 presidential election. Since then, dozens of journalists have been arrested and dozens more have left the country, sometimes after spending some time in prison, in order to practice journalism freely.

Bahman Ahmadi-Amouee and his wife, Jila Baniyaghoob (above), were among the earliest victims of this attack on the press. They were arrested together, in their apartment, a week after the election and taken to Evin Prison. Jila was released on bail after two months, and was then sentenced to ‘one year’s penal imprisonment, including the time already spent in detention’ and banned ‘for thirty years from the profession of journalism and any form of written or oral intervention in social and cultural issues.’ Four months later, the ‘Revolutionary Court’ sentenced Bahman to ‘seven years and four months of penal imprisonment and 34 lashes’. On appeal, Bahman’s prison sentence was reduced to five years and four months.

Since then, Bahman has had a difficult time in prison, being deprived for long periods of the right to furlough, or even meeting his wife. In June, following an attempt by prisoners at Evin to organize a commemoration service for Hoda Saber, a journalist who died last year while in detention, Bahman was transferred to a prison in Karaj, near Tehran, where the conditions have been described as very bad.

Bahman and Jila have both been charged with ‘propaganda activities against the sacred Islamic Republic regime’. What has been presented as evidence against Bahman are articles he wrote for the newspapers where he worked, which are available – mostly in Persian – on his weblog, Ma Rouznamehnegarim (We Are Journalists, www.amouee.net/). One article, ‘Mr-Hossein Mousavi, Economic Thoughts and Poetic Feelings’, is a profile of the 2009 presidential candidate, published during the electoral campaign. Other articles had been published much earlier, including two economic reports: ‘What Did Ahmadinejad Do with $238 billion of Oil Revenues?’ and ‘27 Years of Imports to Preserve the Hijab’. While it is possible to conclude from these reports that the relevant government policies may not have been the most enlightened, neither can be considered as an example of ‘propaganda against the sacred regime’ or ‘blackening the face of the country’.

Another of Bahman’s articles presented as evidence, ‘After the Whipping, Disperse’, describes the whipping of a group of young men in Tehran’s central Vali-ye Asr Sqaure, for ‘having caused a nuisance outside girls’ schools, drinking wine, or committing adultery.’ Devoid of any expression of personal emotions, and confined to detailed reporting of the author’s observations, the article is one of his Bahman’s, a strong reminder of George Orwell’s 1931 essay, ‘A Hanging’, about the execution of a prisoner in Burma, where Orwell had served with the colonial British police. Bahman’s article is of such social and literary value that one would expect its author to receive an award, rather than be thrown into prison.

The court ruling against Jila cites as evidence two articles which she had neither written nor published. The other charges against her included: ‘travelling abroad’ on the invitation of the Japanese and French governments, while her visits to those countries had been approved by the Iranian Ministry of Foreign Affairs; ‘being awarded scholarships to study abroad’, while Jila has not accepted any such scholarship; ‘cooperating with newspapers closed down by the judiciary’, while she had worked with those newspapers while they were being published with the Iranian government’s permission; and ‘collecting one hundred signatures for the One Million Signatures Campaign’ to repeal Iranian laws that discriminate against women. Jila’s lawyer, Ms Farideh Gheyrat, has said in her defence that ‘collecting signatures is not a crime under the Islamic Republic’s laws, and three members of the One Million Signatures Campaign have been acquitted by the Revolutionary Court, based on the argument that collecting signatures is not a crime.’

The ban ‘for thirty years from the profession of journalism and any form of written or oral intervention in social and cultural issues’ has prevented Jila from being officially employed by the press. But at a time when anyone can use a room in his/her house to ‘intervene’ in ‘social and cultural affairs’ in ‘written or oral’, or even visual, form, the ban has not stopped Jila from writing and publishing. Since her release from prison three years ago, she has been writing regularly and publishing articles and reports on her weblog, with the same title as Bahman’s, Ma Rouznamehnegarim (We Are Journalists, www.zhila.net). Numerous articles appear in English as well as Persian. Many of the pieces are about Bahman’s time in prison and Jila’s few meetings with him. Others address Iranian officials and raise questions about the judicial process in Iran. Bahman too has written Jila letters from prison, describing the conditions inside. Their writings are rare documents about one of the darkest corners of the Iranian state and could well be used as source material for academic research.

The two weblogs also include writings by Jila and Bahman before the 2009 election, covering a wide range of issues as reports or analysis, with the authors clearly trying to present factual information, rather than promoting their own personal opinions. Many of Jila’s reports resulted from her visits to Afghanistan, Lebanon and Iraq. Her reports from Afghanistan made her so popular in the country that a group of ‘women and cultural activists’ from Afghanistan wrote an ‘Open Letter to the People of Iran’, protesting against her being sentenced to one year in prison and a thirty year ban from journalism. International organizations of journalists have also applauded Jila and Bahman, while praise for them in their own country has been notable for its absence.

Bahman and Jila and dozens of their colleagues who have been imprisoned or left the country in the past three years entered journalism after the 1979 Revolution and consider journalism to be their ‘profession’, i.e. an activity through which they produce a service for the public, rather than advance their personal interests. Imprisoning these journalists or forcing them to leave the country may appear to rid the government of ‘troublesome voices’, but in fact it strikes a potentially fatal blow at the country’s capacity to develop. The most important task for the media is to inform the public of their present conditions and try to present images of what the future is likely to hold. This could only be achieved through free research and open discussion. Jailing or dispersing the most experienced members of the profession would force the society to grope in the dark, raising the likelihood that it would be hit.

This article was first published in Persian by the BBC World Service, on the occasion of Iran’s Reporter’s Day, 7 August 2012.