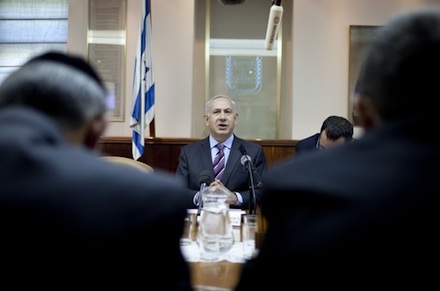 Israeli threats of an imminent attack against Iran make headlines almost daily. Israel’s media also reflect the latest developments in this respect in a significant fashion. According to Time, on August 10, “the front pages of the four main Israeli dailies reflected what appeared to be a concerted campaign to create the impression that Israel is preparing itself to start a hot war with Iran sometime over the next 12 weeks.” In an interview with Israeli TV, former Mossad chief Efraim Halevi also said if he were Iranian, he “would be very fearful of the next 12 weeks.”

Logic dictates that at least during the election year, Obama should avoid a military confrontation with Iran – one that his Secretary of Defense, Leon Panetta, stated would not be an ordinary war. Panetta posits that it would be a war that might “consume the Middle East in a confrontation and a conflict.” All of the long-term disastrous consequences of such a confrontation aside, the very first reaction to such a war would be a big shock to the American voters due to skyrocketing gas prices, and it likely will tilt the outcome of November’s US presidential elections in favor of Obama’s opponent, Mitt Romney.

In the event that Obama is re-elected, capriciously getting involved in another military adventure, even more dangerous than that of Afghanistan and Iraq, seems unlikely. If the adventurous Bush, Jr. did not attack Iran, why would the democrat and Nobel Peace Prize laureate, Obama?

Benjamin Netanyahu, the Prime Minister of Israel, and his Defense Minister, Ehud Barak, are skeptical about President Obama’s determination and seriousness in dealing with Iran’s nuclear program. According to some reports Netanyahu maintains that Obama will not stop Iran from acquiring a nuclear bomb in time. Knowing this, Israel’s real intention of attacking Iran cannot be to destroy Iran’s nuclear facilities because it hasn’t the ability to do so, alone. According to a New York Times report on August 1, “American defense officials and experts in Israel say that because Israel does not have a bomb powerful enough to penetrate Iran’s underground uranium-enrichment facilities, an independent strike would be likely to set the nuclear program back only one or two years, at most. That has led to major dissent among Israel’s security professionals over the wisdom of such an attack.”

A report prepared by two senior commentators of Yedioth Ahronoth, the most widely read newspaper in Israel, maintains that, “In America, many, including government officials, are convinced that the military action that Netanyahu and Barack are promoting is set to cause one thing – force America into a war with Iran against its will. Israel will need the Americans’ help.” The Israeli leaders’ calculus may go like this: If we attack Iran, Obama will have two choices. Either, to avoid being beaten by Romney in the United States’ “unshakable commitment to Israel” department, Obama will support Israel and become militarily active against Iran. Or, Obama will keep US military forces on the sidelines, thus increasing the chances that Mitt Romney will be elected as the next president of the United States. Given the troubled relations between Obama and Netanyahu, and Romney’s tougher stance on Iran, Netanyahu ostensibly prefers to deal with Romney for the next four years. It is in this context that the “next 12 weeks” become “very critical” to Israel’s decision.

However, this view ignores three facts. First, Israel has received a firm message from the US in this respect. On Tuesday August 14, US Chairman of the Joint Chiefs of Staff General Martin Dempsey, while sitting next to Defense Secretary Leon Panetta, said, Israel can “delay but not destroy Iran’s nuclear capabilities”. This statement took the Israeli media by storm. Yedioth Ahronoth wrote: “Dempsey’s comments should be taken seriously, as should the stern message conveyed by Panetta, the White House and the American security establishment: If we can’t reason with you, the Israelis, we will have to get tough. To be more precise, the US slammed Israel’s head against the wall and said: “Shut up…” Second, Israel may not be able to draw the US into a war with Iran because Iran’s response most probably will not serve as a casus belli for the US. Iran’s official stance, as declared by Ayatollah Khamenei, is that Iran would respond “on the same level” as any attack against it. This has led many analysts to conclude that if Israel goes alone, Iran would not attack US interests in the region such as its naval forces and bases in the region, or destabilize the strategic Strait of Hurmoz.

Lastly, but most importantly, the Israeli leadership faces serious problems, domestically. According to the Yediot Ahronoth’s report, “not a single state official or military official or even the president – supports an Israeli attack in Iran.” The realities inside Israel inform us of an unprecedented debate about war against Iran. “This unprecedented debate more than anything else reflects profound distrust of the leadership of Benjamin Netanyahu by the Israeli military and defense establishment,” according to Yaron Ezrahi, a political scientist and former analyst in the Israeli military. There is a political crisis within Israel. When Prime Minister Benjamin Netanyahu formed a coalition government with the centrist Kadima Party, many experts saw it as a sign of unity within Israel’s political system and reasoned that Kadima was joining Likud out of support for an attack on Iran. They were wrong. Due to sharp differences on issues unrelated to Iran, the coalition did not last more than two months. It fell apart in July. More than anything else, the root of Israel’s indecision regarding war with Iran rests within its own political system. As long as the issue of unity in that country is not addressed, Israel will not be in a position to attack Iran.

This article is part of Insider & Insight, a new American Iranian Council (AIC) program aimed at providing an in-depth analysis of key developments in US-Iran relations.