Femininities and masculinities are structures and configurations of social practices and relations. These gender identities and inequalities are constructed, produced and reproduced simultaneously within four social spaces: 1) the space of procreation and nurturance, 2) space of individuals’ life history, 3) space of social institutions, relations and practices, and 4) space of cultural discourse (i.e., symbolic relations.) Every gender identity is based on the complex interactions between these four spaces at a specific time and place.

1. Space of Procreation and Nurturance

Gender is constructed by practices that are related to the bodily structures and processes of procreation, which include anatomical sex differentiation and resemblance, sexual desire, intercourse, pregnancy, childbirth, and childcare. Practices in the procreative space carry procreative differences among bodies into social processes. These bodily differences are not only between women and men, but also among women and among men. In other words, as R.W. Connell puts it:

Genders are specific social practices that always hint at bodies and bodies’ actions, but they cannot be reduced to the level of bodies’ biology.

“Indeed reductionism presents the exact reverse of the real situation. Gender exists precisely to the extent that biology does not determine the social. It marks one of those points of transition where historical process supersedes biological evolution as the form of change.”(I)

Gender is also constructed in the space of personal lifetime. Gender as a configuration of social practice is here synonymous of personality and character. Femininities and masculinities are constructed by the individuals’ life history. In other words, individuals’ gendered bodies and gender identities transform during their lifetimes. As individuals’ lives are connected to large-scale social patterns, the transformation of gendered bodies and gender identities during the individuals’ lifetime also transforms gender relations. Thus, the gender of an individual during her/his lifetime is not fixed, nor is the condition of gender relations it has affected. (A girl child becomes a young woman, then a middle-aged woman, and an old woman. Her gender is not only affected by her age, but also by her social life, country of birth and residence, ethnicity, social class, and sexual orientation.)

Social institutions, such as the family, school, workplace, business corporations, and the State, both practically and metaphorically, are basically gendered, another space of gender construction, and are self-reproducing structures of gender practices.  Gender relations, which are the socially patterned interactions between women and men, not only exist in all major social institutions, but they are also absolutely vital to them.

Genders are patterns of social practices that are ranked in particular methods and in a hierarchical model. For instance, mmasculinities are not only individual personality or character, but also organized social practices and interactions by groups such as football teams, corporations, armies, and governments. These social groups are all involved in constructing gender.

The discursive space of the gendered construction of language and its formative role in the gender order need to be underlined by the fact that gender identities are flexible and shifting, because various discourses and ideologies go through every person’s life. In this context, gender appears as symbolic practices such as sexist

vernacular, sexist portrayals of women in educational manuals, in media and other instituions. Symbolic practices could last for hundreds of years. An example would be the literary creation of brave masculinities in a saga of battles won.

Gender construction is a multifaceted topic. It is often a practice of social survival. Individuals willingly adjust their masculinities and femininities as a reaction or response to commanding and powerful institutions and personalities as well as to influential communications by the media.

In male-dominated societies, gender relations are power relations. The power relations between genders, central to the patriarchal system, are diffused and function according to the norms of this system.  In the gender order of patriarchy, men are the superior sex that has control over females. There are many examples. One would be the systemic rape of women in the US military and the punishment and whitewash that the victims encounter.

“On December 2005, for instance, Kori Cioca was serving in the US Coast Guard, and was raped by a commanding officer. In the assault, her jaw was broken. When she sought to move forward with her case, her own commanding officer told her that if she pursued the issue, she would face court martial for lying; her assailant, who admitted to the assault while denying that rape was part of it, was “punished” by being restricted to the base for 30 days and docked some pay.

“The numbers around the level of sex assault in the military are staggering. There is so much of this going on in the US military that women soldiers’ advocacy groups have created a new term for it: military sexual trauma or MST. Last year, there were 3,158 cases of sexual assault reported within the military. (…)

“Prosecution rates for sexual predators are astoundingly low,” they note. In 2011, “officials received 3,192 sexual assault reports. But only 1,518 of those reports led to referrals for possible disciplinary action and only 191 military members were convicted at courts martial.” (III)

So, it is more probable for American women veterans to receive the trauma of a sex assault by a soldier colleague or a superior than by their own involvement in war. This is simply one instance of the power relations between women and men.

In addition to power relations, production relations too are important factors in the gender order. Divisions of labour are gendered and hierarchical; changing over time in a society and being different among societies. There are different occupations and incomes associated with gender. For example, in many societies a large percentage of women are confined to the domestic sphere of unpaid housework and motherhood and men focus on paid productive employment. Another disparity in divisions of labour is the perception of males as being more fit for engineering and that of females as being more suitable for human services.  Furthermore, men have higher income than women and receive more benefits.

Another consequence of the unequal, gendered division of labour is the creation of male violence. As a result of men usually dominating the public sphere, being expected to protect their families, being enrolled into the army or the police force, they have a more pervasive inclination to resolve issues and conflicts by way of violence.

Patterns of emotional attachment that an individual has constitute the third space of gender relations. Gendered emotional relations are associated with sexuality, the workplace and other instances. In the masculinist patterns of attachment there is a link between heterosexuality and men’s dominant position in the gender order.  Heterosexuality is socially and culturally structured in a way for women to give precedence to men’s pleasure instead of their own. The patriarchal culture approves of men’s sexual freedom, served by the sex industry, while it frowns upon women’s sexual freedom. The downside of this double-standard is that men’s sexuality is much more separated from their emotions than women, and much more severely inhibited by homophobia.

Symbolic relations is another structure of gender relations. Many means such as films and fashion have come to symbolize gender. Also, in all present male-dominated societies, public schools offer textbooks of history and literature that create a mental pattern in relation to human history and human emotions, especially about national history and culture. In national history, men are associated with battles and struggles as either aggressors or defenders, notwithstanding fairness or unfairness.  The history textbooks, instead of being written on the various movements of art, cultures and civilizations, depict wars and revolutions. Many history textbooks teach the self-sacrificing, violent actions of an individual or groups of men as an effort to free the homeland. (IV)

Gender relations could be a rather confusing topic, as these four structures of gender relations can exist simultaneously and not in sequence. Gender and gender role issues, which are constructed in the course of socialization stages of childhood and adolescence, affect people during the course of their  lives. Tensions develop when individuals do not feel comfortable with their gender in certain societies and during certain periods of their history.

Gender is a structure of social practice that establishes individuals as different and then acts as the foundation of inequality. It is definitely associated with, and interacts with, other social structures such as race/ethnicity and class. For example, masculinities of white men are not only constructed in relation to white women, but also in relation to black men and other men of colour. White masculinity owes its superiority to being merged with institutional power. Working class masculinities derive their identities both from their class and the way they engage in gender relations with women and men of other classes. The reason for this is that to figure out gender, it is necessary to always go ahead of it

Islamabad wants to see this temple built so that it can showcase to a skeptical world its commitment to religious freedom. But its decision to refer the issue to influential religious leaders likely to oppose the move will put the gov't in a tough spot. https://www.aljazeera.com/news/2020/07/pakistan-court-dismisses-challenges-hindu-temple-construction-200708084808627.html

This is the Dept of Homeland Security's infographic on Iranian agents, revealed by BlueLeaks. It seems bound to lead to ethnic profiling.

Sure, casing out military installations probably means you're up to no good.

But having French-Lebanese dual citizenship? Really?

The Iranian - American community must keep speaking out about Bijans unlawful execution by park police https://twitter.com/yelmjouie/status/1280597289149640705

Our (unarmed) youth killed, with attempts made to sweep it all under the rug:

@SinaToossi It was done on purpose to emiserate and kill as many Iranians as possible.

Time to come to grips with that America wants Iran destroyed and, in civilizational terms, eradicated.

This is how one should treat with the Yankees. Learn from the Sasanian experience with Rome.

Islamabad wants to see this temple built so that it can showcase to a skeptical world its commitment to religious freedom. But its decision to refer the issue to influential religious leaders likely to oppose the move will put the gov't in a tough spot. https://www.aljazeera.com/news/2020/07/pakistan-court-dismisses-challenges-hindu-temple-construction-200708084808627.html

This is the Dept of Homeland Security's infographic on Iranian agents, revealed by BlueLeaks. It seems bound to lead to ethnic profiling.

Sure, casing out military installations probably means you're up to no good.

But having French-Lebanese dual citizenship? Really? 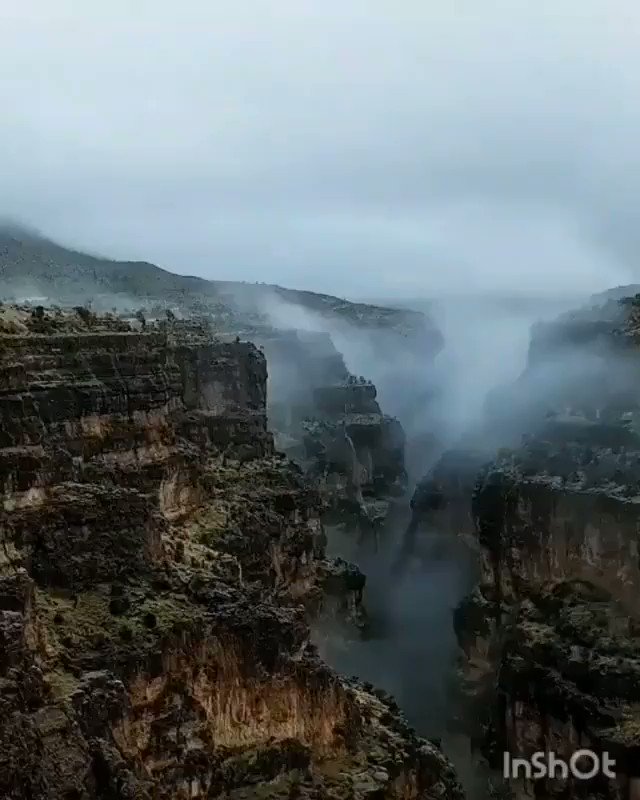 The Iranian - American community must keep speaking out about Bijans unlawful execution by park police https://twitter.com/yelmjouie/status/1280597289149640705

Our (unarmed) youth killed, with attempts made to sweep it all under the rug:

@SinaToossi It was done on purpose to emiserate and kill as many Iranians as possible.

Time to come to grips with that America wants Iran destroyed and, in civilizational terms, eradicated.

This is how one should treat with the Yankees. Learn from the Sasanian experience with Rome.