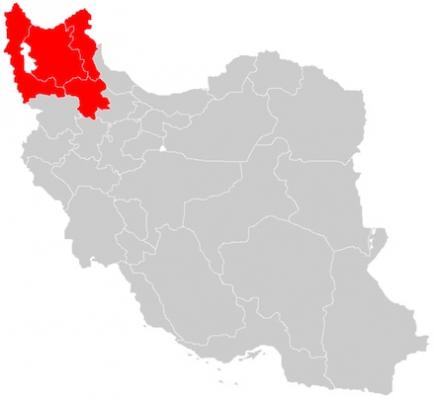 From time to time it is important that one provide a teach-in to nonacademics and educate those who promote wrong and harmful ideas. As a history professor I would like to teach a history lesson to Mr. Dana Rohrabacher, the honorable Congressional Representative of California’s 46th District in Orange County where I live and work. On July 26, 2012 Mr. Rohrabacher wrote a letter to the US Secretary of the State, Hillary Clinton, informing her that since the “people of Azerbaijan are geographically divided and many are calling for the reunification of their homeland after nearly two centuries of foreign rule,” the United States should help them reach that goal. He then goes on to say that: Russia and Persia divided the homeland of Azeris homeland in 1828, without their consent. “The Azerbaijan Republic won its independence in 1991 when the Soviet Union collapsed,” continues the letter “Now it is time for the Azeris in Iran to win their freedom too.” Finally, Rohrabacher states: “Aiding the legitimate aspirations of the Azeri people for independence is a worthy cause in and of itself…yet, it also poses a greater danger to the Iranian tyrants than the threat of bombing its underground nuclear research bunkers.”

Obviously Mr. Rohrabacher is concerned with the immediate issues at hand in the Middle East and the interests of the US and Israel in a very twisted way, because he calls the MEK (Mojahedin Khalq Organization, an Iranian exile group on the US terrorist

list), “Israel’s Friends.” This obviously demonstrates Mr. Rohrabacher’s political stance and the influence of its supporters which is detrimental to the US policy in the Middle East. This short sightedness and lack of knowledge about the region and its history is indeed exactly the reason for which the US has gotten involved in the Middle East (Iraq and Afghanistan), which has bankrupted us. The question is how this kind of interference in different countries and plan of dismantling nation-states, recognized by the UN would help the US? Or does it simply just help other countries in the region? Well, the short answer is that it doesn’t help a bit! Last time I checked, it was the work of colonial powers in the nineteenth century which created and divided countries in Middle East. Even in Orange County it is taught that such ideas and actions were evil and has caused problems in the world for the past two centuries. It has been a long time since any country has thought of such colonial plans.

Mr. Rohrabacher states that the Azeri people have been divided for the past two centuries by Russia and Persia in 1828 (I wonder how much travel he has had in the Republic of Azerbijan and Iran’s province of Azarbijan to make such a claim). Just a short glance in any preparatory college world history book will make it clear that the territory he is discussing was part of Iran (known as Persia then), which was invaded by Russians in 1828 and annexed through a peace treaty. But what is important is that the territory that Imperial Russia took as part of her victory over the Persians was never called Azarbijan. It was the Soviet strongman, Stalin who in order to meddle in Iran’s affairs renamed the region of Arran (historical ancient Albania) as Azerbijan as a thorn on the side of Iran and those allies who disagreed with the USSR, namely US and the UK. It seems Mr. Rohrabacher is following Stalin’s footsteps!

As an ancient historian I am also tempted to give Mr. Rohrabacher a history lesson about the very ancient past. The name Azarbijan (Turkified as Azerbijan), comes from the name of the last Satrap (Persian word now existing in English, check it in any good dictionary) of the Achaemenid Persian Empire, named Aturpat, in the 4th Century BCE. His family stayed on as local rulers even after Alexander the Great’s conquest and hence the region became known as Azarbijan (Old Persian Aturpatakan). The Old Persian terms mean “Protector of Fire.” This, however, is only the region south of the Aras River (Iranian Azarbijan), while to the north; Arran was named Azerbijan by Stalin. The Republic of Azerbijan is a twentieth century creation. Hence, there was never historically a unity or connection between the two. The region was turkified in the medieval period and that is just one more ethnic group among many others in the modern nation-state of Iran and beyond.

But Mr. Rohrabacher should also be told that it was the Azaris of Iran and Arran who in fact invented modern ideas of Iranian nationalism. Akhundzadeh, known in the Republic of Azerbijan as Akhundof, a national hero is the man who perpetuated the intellectual movement behind the idea of the greatness of Iran. Since then, many if not most Iranian statesmen and intellectuals have been of Azai background (Ayatollah Khamenei and the previous presidential candidate Mir-Hossein Mousavi are both from Iranian Azarbijan). Many of the most famous Iranian historians, linguists and scholars in modern times have also been ethnically Azari, but none have called for such a separation. I don’t know why Mr. Rohrabacher and his handful of friends (Mojahedin Khalgh in Washington who are spending money trying to buy congressmen and congresswomen, along with Israel), are making such nonsensical statements. They are both incorrect and historically inaccurate.

Furthermore, the Iranian Azarbijan is not only inhabited by Turkic speaking, but also Kurdish people as well as the Christian Assyrian and few remaining Armenians. Mr. Rohrabacher should read a bit on the consequence of promoting a single ethnicity in a multi-ethnic areas and nation-state such as Iran. Lessons from Kosovo and Serbia-Bosnia Herzegovina, as well as Armenia-Azerbijan wars among other, places have shown that such ethnic divisions leads to ethnic cleansing and horrific acts of violence. Iran has been a multi-ethnic civilization for the past 2500 years. It is people like Mr. Rohrabacher who have fallen into the trap of Israel and the Mojahedin Khalgh who seek such divisions for their own opportunistic aims.

US involvement in the Middle East, particularly in Iran in the twentieth century, with a highlight of US backed coup in 1953 which dethroned the only democratically elected prime minister in that nation’s history has made the modern Iran as it is today. I am sure the congressman has heard of the term “blowback,” meaning any shortsighted action could lead to long-term problems in the Middle East and for the US. It should be a lesson to Mr. Rohrabacher to stay out of Iranian affairs and concentrate on unemployment, the broken educational system and poverty in his own county. He is needed more here in Orange County where things are falling apart. His similar ideas about partitioning Afghanistan have made him persona non grata in that country. Let’s save California, before others begin to call for its secession from the US!

AUTHOR
Touraj Daryaee is Professor of History at University of California, Irvine. He can be reached at tdaryaee@yahoo.com