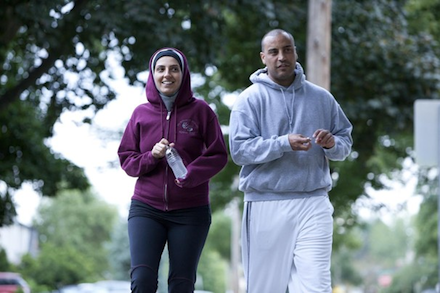 There was an article here recently titled “Radical Islamism falling apart? Inshallah!“ The author is Saideh Pakravan and this is a quote from there: “It’s the stirring of normal Muslims (a term I prefer to “moderate” Muslims)”

With all due respect Saideh Pakravan, although the discussion and comments responding to your article has gone way off track and into non-related comments and topics, by writing and directly posting this I do  my best to stay on course focusing on the important main issue you have raised, i.e. Radical Islamism and Normal Muslims. At the same time  be realistic, objective by  putting wishful thinking and a subconscious cry for “it ought to be like that” and “I wish it was like this”  on the side.  I have a hard time to define your “preferred” term i.e. Normal Muslims.  Let us look at the ugly reality of what the pure and unadulterated Islam is, not that nicely packaged and fresh out of rehab centers of Sabz, Haji Karim Dabaagh, et al. These more palatable and nicely painted versions of the same old thing is  being intensely nowadays marketed by charlatan revisionists, Eslaah Talabs, Sabz or other colors, and other intellectually bankrupt double-thinkers and opportunists who see there is some room for them in this supper market of Din and Omid Frooshy.

What this newly invented term “Normal Muslims” mean? I assume there must be a reality of “Abnormal Muslim” as well? What is the NORMAL ISLAM anyway? Can anyone define it as is? I am not asking your opinion i.e. what it ought to be or some interpretation of someone else’s interpretation. Your opinion of course is respected and you are entitled to it, but I am asking, rephrasing my question, is Quran THE NORMAL ISLAM, and everything else is just somebody’s opinion and interpretation? Is Quran and its entire content the undeniable, unchallengeable, and unquestionable “word of allah” the foundation and principles of what commonly known as Islam—never mind Normal or Abnormal version of it?  Can words of allah as it is transmitted to his messenger and subsequently formed the text of the Holly Book be even subject to ANY interpretation—never mind revision and change? PURE Islam, it is as is, a take it or leave it proposition.

In more than 480 Aayeh in Quran allah clearly and unequivocally “orders” his BANDEH and MOMEN followers to KILL the infidel, cut limbs, confiscate non-believers property,  and Jihad. Islamic code of conduct including “Regulated Sex”, treatment of “Women” and every aspect of a Muslim’s life from birth to death (even after-life!) is designed, pre-planned and prescribed by alaah. Following these codes, (26:92-94, 56:42-43, 56:54, 14:56, 4:56, 2:190-193, …) is the obligation of a “good” Muslim, Normal or Abnormal Muslims! The “MORAL” code that all Muslims must obey and follow it is clearly stated by allah in Quran and is NOT changeable, conditional, or subject to revision, (6:15, 10:37, ….) The word of allah, spoken in Arabic language, is without any question as is. The “translation” by the most authoritative independent and value-free linguists’ leaves no doubt that allah in his book has made it clear that it is the duty of a good Muslim to kill the infidels if they don’t convert. A good Muslim does not dare to challenge and question these “Moral” codes!

So the question is what is the mystery around “REAL Islam”? Why call it Radical or Radicalism and look at it as an ABNORMAL disease when it is real? It is real BECAUSE it is in a set of RADICAL and VIOLENT code of conduct. If you and I or some others DECIDE not to OBEY and exercise our religious duty (assuming we are Muslims) that means nothing but we have made a personal choice not to follow allah’s orders! His orders and prescriptions are in Quran and there is no mystery here, Islam real or otherwise is not hiding anywhere and as a matter of fact is showing her true color in many places in the world now days. Coloring it fanatic, radical, peaceful, civil, modern or traditional DOES NOT CHANGE the word of allah which is the Islamic Moral Code of conduct  as clearly written in Quran.