Iranians wait for an Israeli attack on an Ayatollah Hamas factory and a note on Chomsky. 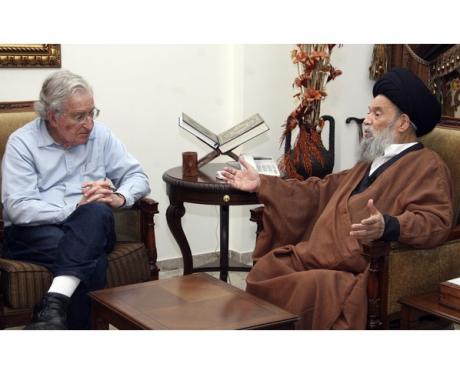 “However, unconfirmed reports over the weekend suggested the facility was being used by Iran’s Islamic Revolution Guards Corps (IRGC) to produce weapons for the Palestinian Islamist movement, Hamas.”

“It is alleged that Israel’s Mossad intelligence agency found documents relating to Iranian and Sudanese weapons manufacture on a senior Hamas official it is accused of assassinating in Dubai in 2010.”

It really does not take a great imagination to see, that one day we will see headlines that will say, “Israel has attacked Hamas a facility in Iran that the IRGC would be using to produce weapons for the Palestinian Islamist movement.”

Please note that these facilities have been used to make weapons to fight Iranians. Yes there is a war being waged on Iranians, and the US press does not report it. And to make matters worse we have Ayatollah Chomsky saying that the Ayatollahs are good people. Just read this. It is madness.

“Well, unlike Iran, Israel refuses to allow inspections at all”

We all know how the nuclear scientists are terrorized and the population in Iran has been put in harms way just because of the nuclear bomb program. But Ayatollah Chomsky loves the Ayatollahs, and he defends them better than anyone in Qom:

““the absence of undeclared nuclear material and activities in Iran.” Now, that is, it can’t demonstrate something which cannot—a condition that can’t be satisfied. There’s no way to demonstrate the absence of the work—that’s convenient—therefore Iran must be denied the right to enrich uranium”

Why doesn’t he go and lecture in Qom?

What we have here is the top liberal in the US, praising the Ayatollahs, just because he wants to stand out. That is total disinformation and disrespectful to Iranians. How often does he mention the plight of the Iranians? All he is concerned is about promoting his so called “liberal” views, which are not liberal.

Top notch academics in the US, should be getting together with Iranians in exile, to help them form a provisional government in exile. It really does not take a lot of brains to come up with this thought, but does Mr Chomsky think of it? Kheyli baes Taasofeh.