Part 2: Why I think Reza Shah Was An Idiot

First of all I would like to thank all the responders for their valuable comments. I sure hope my article was as informative to them as their comments were to me. I found it most interesting that the tone and content of most of the comments actually and inadvertently confirm parts of the argument in my article. That, building infrastructure does not necessarily lead to modernity in thought and behavior. Otherwise, Saudi Arabia would be considered amongst the most modern countries in the world and we all know how modern they are. It takes months to change a desert landscape to rows of skyscrapers. It takes decades if not centuries to change values and behavior of a people. This is why no matter how good the 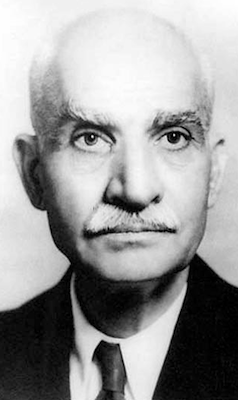 roads that most of the readers, who posted the lovely comments, drive on are, they still have difficulty accepting a different opinion of what may be sacred to them. What I wrote in my previously posting was an OPINION. It’s neither right nor wrong. It is just DIFFERENT.

Furthermore, to answer one of a few rational comments posted by a Raoul1955, who very clearly asked a set of reasonable questions, I shall try to do so as best as possible.

* No, I do not hold a degree in sociology. I have extensive university training and experience in science and technology; however, I do have a keen interest in history.

* I have been working on a personal project for the past eight years intermittently, which required a thorough study of the contemporary history of Iran during the first half of the twentieth century.

* The term IDIOT was used based on the definition of stupidity derived from a book called “Story of Stupidity: A History of Western Idiocy from the Days of Greece to the Present”. According to James F. Welles, the author and researcher, stupidity is the act of repeating an action while expecting a certain result and obtaining the opposite. In my article, I was using the word less as a derogatory term than a “scientific” term.

Going back to our beloved self-proclaimed king, no doubt Reza Pahlavi meant well for his country and he chose the method that made most sense to HIM but my argument is that in the process of making major physical infrastructural changes he got in the way of substantially greater evolutionary change in a deeply rooted tradition which Iran is still suffering from. And that tradition is patriarchal rule. During Reza Pahlavi’s term as prime minister his position gained tremendous power, legally with the consent of the parliament which represented the people. People were starting to understand the concept of constitutional monarchy where the monarch stayed out of the affairs of the government. The prime minister was bestowed a significant amount of power but did not keep the chairmanship for life. The notion of temporary leadership, as opposed to lifetime hereditary leadership, along with rational debating about affairs of the nation was being instilled in people and exercised by the people. Unfortunately, all this was turned upside down when our well meaning “patriot” decided that he wants to become the ultimate ruler of the nation and basically turn the prime minister back into a puppet of the monarch as in the Qajar times. Perhaps the position of premiership was not prestigious enough for him. Or maybe he thought that he needs to stay in power for a few decades in order to execute all his plans. Regardless of the reason it was hardly an intelligent decision, let alone patriotic. Again, in my OPINION, this is why we still have characters such as Khomeini and Khamenei willing and able to stay in power until they die, through the consent of the people. They are the continuation of Reza Shah as an absolute ruler. The only difference is their head gear. The crown was exchanged for a turban. Had the great Reza Khan, continued doing his good work as a premier, it’s possible that over time the concept of lifelong patriarchal leadership would have been phased out and Iran would have evolved into a more democratic nation, WITH decent roads and railways. Having a ruler with a crown or a turban is not the problem. Having an Absolute ruler with a crown or a turban is the problem; which, unfortunately, Iranian people still crave. It’s the craving that must be dealt with, NOT the craved.

Regarding his “accomplishments”, many readers may not know that when the construction of the national railway was being discussed in the parliament, many members, including Mossadegh were arguing that the railway should be built from east/west and not north/south because most of the domestic commerce was taking place between east and west of the country. Reza Khan insisted that it should be built north/south, perhaps to encourage foreign trade. It is ironic that this decision was also instrumental in his downfall. When he declared neutrality during World War II, the Allied forces firstly did not believe him and secondly saw an excellent use for that wonderful railway running up and down the country, namely to carry supplies to the Russians who were in desperate situation due to the German invasion. Since he was not co-operating and they had their suspicion that he was sympathizing with the Nazis, who incidentally built the railroad for him, all they had to do was fly a few warplanes over Tehran, make him surrender, set him on a horse and disgracefully escort him out of the country, which is what they did. Thanks to all the domestic enemies he managed to make during his years as a great leader, there was no major outcry or public demonstrations opposing his departure. Shortly afterwards many political prisoners were freed. It’s noteworthy that by arresting dissidents during his term in power he gave reason to people, who had been randomly arrested under the auspice of suspicion to overthrow the government, to meet in prison, organize themselves and eventually form the well known political party Tudeh, soon after they were freed. That group eventually evolved into a staunch enemy of his successor and son, Mohammad Reza Pahlavi.

And a final tidbit of our history, this is regarding the forced removal of hejab for women and forced replacement of the Felt Cap (Kolah Namadi) with the Pahlavi Cap and subsequently by the fedora (Kolah Farangi). Incidentally these forced acts of “modernity” caused major upheaval and a number of deaths. What I’m going to describe is the typical hypocrisy hidden inside such acts of modernity. Some of our readers might already know that in order to encourage women to remove their veil, Reza Shah would parade his wife and daughter, Ashraf, bareheaded throughout the streets of Tehran. The psychological effect on the veiled person is the equivalent of parading a hejab free person bare naked in public, extremely embarrassing. It’s highly unlikely that his reluctant models enjoyed doing so as they, like millions of Iranian women, were used to wearing their veil and were quite happy with it. However, some readers may not be aware that the same Reza Shah would not allow young Ashraf to wear short sleeved shirts around the palace. I’ll leave it to the reader to decide what to make of that.

And finally, thanks to Reza Shah, I must admit that I seriously can not see much difference in essence between the monarchists and the current Islamic system that is operating in Iran. Just to name a few points of commonality, they are both patriarchal and prefer a lifelong leader to have the final say on important issues. They both like to meddle in people’s private lives, persuading or forcing people what to wear and how to behave and most importantly neither group can tolerate an opposing opinion. Except for the superficial differences in appearance and eloquence, the former exhibiting a more stylish, urban appearance while the latter preferring the more modest and provincial look, it seems to me that fundamentally they have more in common than they think. Perhaps they should unite against the rest of us.