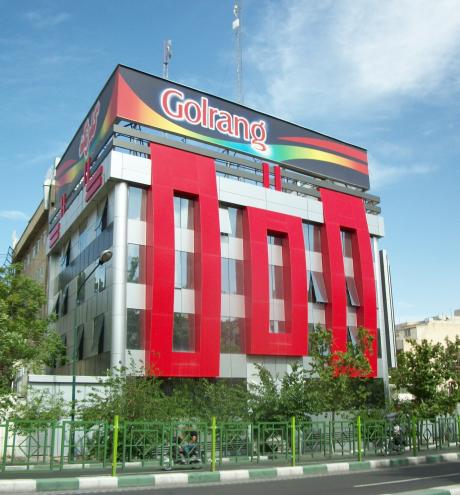 Season 2 of Shahs of Sunset is upon us and another season of Trash TV, Iranian style!  The representatives of Iranian culture and the best Iran has to offer are on the small screen with all the trimmings!  We have nuclear impasse with Iran and 5 + 1 on one side and GG who can’t add 5 + 1 on the other side!

They couldn’t make this stuff up about Iranians if they tried and what you see is what you get!  Here’s a taste of Season 2 premiere which will be  Sunday nights at 10/9 Central on Bravo.

Obviously in order to have a show they give a rope to the show’s “Stars” and they use it to play (hang) themselves the only way they know how, which is to be yourself and as much as an asshole as possible so they can use that “drama” for the world to see and viewers praying to god that they are not like you and do not have to live like you do!  I actually like this in the show’s Producers who focus on these things.  I remember back in the day when I could down a bottle of Vodka or Tequila and the next day I’d be so ashamed of what I had done (or told what I had done 😉 and myself that I’d apologize to everyone and actually try to be more sober in the next party.  Now these people pride themselves on blacking out on national TV episode after episode and put that in their resume!

You have ASA who has $500 left in his bank account living in a posh condo and driving a Mercedes by being a pop artists whom we have never heard of before, except this show, and throws a party (presumably at Bravo’s expense) and ends up actually making a good point about Omid’s big nose that has been into everything!

Then you have GG and Omid who are a match made in heaven (sorry hell 😉 who behave like they were raised by wolves and no manners what so ever criticizing others for being “dis-respectful”!  I love these terms that they use that defines who they are but associate it with others!  I can see these two playing on episodes of COPS where Omid is all drunk and in a bloodied and torn tank top undershirt being handcuffed when GG called the Cops on him!  GG could also use some of Omid’s royal nose to add to her now defunct Michael Jackson nose!   Now I say this with all my love and admiration for these two!

You also have Mercede and how she behaves around her mother when her Mom’s sister-in-law dishes Vida!  Basically Mercede’s behavior made her mother the topic of the conversation so she can be the focus of the being attacked while her old bat sister-in-law becomes an angel!  Vida is actually right and knows her daughter better than anyone else.  What is a mother to do when you have a disaster as a daughter?

In this season they fired that fat little dough boy, Sammy, who is bald with fuzzy hair sticking out like a baby Orangutan who said to a hot date last time that she is not hot enough for him!  Instead they hired this girl Lilly who appears to be legitmately rich looking to buy an expensive house and seems like a normal person until you see her in Cleopatra’s GG Extension hair!  She seemed like a bad Lindsey Lohan in Liz and Dick!  Still a good trade with Sammy.

Mike who was last season’s playboy seems like he has shrunk this season!  He goes to a lavish party hosted by a guy who drives a Bugatti and has spent about $100,000 or so on his yet to be born child’s birthday who is baking in his pregnant’s wife’s body!  Another sap story of rags to riches where he was making money by looking for trash in dumpsters and now willing to give Mike “tips”!  Mike of course is in awe!

Reza had the best line of the show when he said “Persian parties are like Persian history.  They start nice and lavish and end up in fights!”.  Isn’t that the truth!  I have seen my share of Persian history ending with cat fights between the most annoying bitches in the party be it family or friend!