The Truth About Iran Sanctions Enforcement

There is a lot of information being circulated these days about U.S. economic sanctions targeting Iran. Moreover, there has been a lot of information circulated by legal practitioners and others about how sanctions are enforced against U.S. persons and the types of penalties that can be expected when someone runs afoul of U.S. sanctions regulations. However, many are questioning whether investigations and penalties for sanctions violations should be legitimate concerns for the Iranian-American community. So what’s the truth about Iran sanctions enforcement?

First, it should be understood that any company or person present within the United States can be held liable for violations of U.S. economic sanctions. In addition, any companies formed under the laws of the United States, all U.S. citizens, and all U.S. permanent legal residents, regardless of where they are physically located, are also expected to comply with U.S. economic sanctions regulations, lest they risk civil or criminal liability for any violations.

The government agency tasked with administering and enforcing U.S. sanctions is the United States Department of the Treasury’s Office of Foreign Assets Control (“OFAC”).  A common  misperception about OFAC is that it is solely a regulator of the financial industry. In reality, OFAC is a multifaceted law enforcement agency with broad authority to fulfill U.S. national security objectives through enforcement actions taken against nearly any type of company in any industry, as well as against private persons.

Usually an OFAC investigation is commenced by the issuance of an Administrative Subpoena.  Such subpoenas rarely identify how OFAC has come to suspect a company or person of violating the sanctions.  However, it is important to note that OFAC 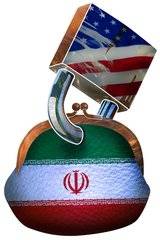 generally obtains its information from a variety of sources including standard reports such as Suspicious Activity Reports (“SARs”) and blocked property and rejected transaction reports filed by financial institutions.

OFAC also issues subpoenas when it learns of suspected violations from the responses of other persons that were previously issued subpoenas.  For example, OFAC may learn of the identity of a hawaladar (or saraaf) from a subpoena response of another company.  OFAC will then subpoena the hawaladar, enabling OFAC to collect information regarding the hawaladar’s other customers, and then subsequently subpoena those customers if the agency believes it would serve the law enforcement and intelligence gathering objectives of the United States.

Upon completing their investigation, OFAC will then make a decision on what type of enforcement response to impose. Depending upon the specific facts and circumstances of OFAC’s investigation, the agency may, in order of severity, take no action, issue a cautionary letter, issue a finding of violation, levy a civil penalty, or make a criminal referral.

The factors that OFAC considers in rendering an enforcement decision includes, but is not limited to, whether the violation was (1) purposefully concealed, (2) harmful to the objectives of the sanctions program, (3) involved company management, (4) involved commercial sophistication, (5) involved a high volume of transactions or (6) was otherwise eligible for license authorization.  OFAC also provides consideration for those who take affirmative remedial steps to mitigate the harm caused by a violation and cooperate with the agency during its investigation (e.g., provide truthful responses and sign tolling agreements).

Most of those subjected to an OFAC investigation never experience an enforcement response other than a cautionary letter. Although there are no concrete statistics currently available, it is estimated that only two to three percent of parties investigated by OFAC receive a civil penalty or a referral for criminal prosecution. Those commonly subject to such OFAC enforcement actions are usually involved in providing financial services to Iran, or exporting goods are technologies related to the computer, chemical, aviation, and medical industries to Iran.

While the majority of common, everyday transactions that average Iranian Americans may engage in with relation to Iran do not necessarily lead to penalties or prosecution, the need for compliance with these laws is not obviated. Often the costs of dealing with an OFAC investigation (i.e., procuring information, paying a legal professional, stress induced by the process, etc.) outweighs the enforcement response that may ultimately be rendered. As such, before engaging in any type of transaction with or related to Iran, it is well worth the effort to determine whether or not the transaction is prohibited by U.S. sanctions, and if so whether an authorization to engage in transaction can be obtained from OFAC. Failure to do anything else could lead you head on into an OFAC enforcement action.